Turkey to reveal details of probe into Khashoggi’s killing

ISTANBUL — In a sign of growing pressure on Saudi Arabia, Turkey said it will announce details of its investigation into the killing of journalist Jamal Khashoggi on Tuesday and U.S. congressional leaders said the Gulf kingdom — in particular its crown prince — should face severe consequences for the death of the writer in the Saudi consulate in Istanbul.

The announcement on Sunday by Turkish President Recep Tayyip Erdogan that he will “go into detail” about the Khashoggi case in a speech in parliament heightened hopes for some clarity in a case that has been shrouded in mystery, conflicting accounts and shocking allegations since Khashoggi, a critic of Prince Mohammed bin Salman, disappeared after entering the consulate on Oct 2.

Erdogan spoke after Saudi Arabia, in a statement early Saturday, finally acknowledged that 59-year-old Khashoggi had died in the consulate, though its explanation that he was killed in a “fistfight” was met with international skepticism and allegations of a cover-up designed to absolve Prince Mohammed of direct responsibility. Saudi Arabia said 18 Saudis were arrested and that several top intelligence officials were fired.

Pro-government media in Turkey have reported a different narrative, saying a Saudi hit squad of 15 people traveled to Turkey to kill the columnist for The Washington Post before leaving the country hours later in private jets.

“Why did these 15 people come here? Why were 18 people arrested? All of this needs to be explained in all its details,” Erdogan said.

Meanwhile, Istanbul’s chief prosecutor summoned 28 more staff members of the Saudi consulate, including Turkish citizens and foreign nationals, to give testimony on Monday, Turkish state broadcaster TRT reported. Prosecutors have previously questioned consulate staff; some Turkish employees reportedly said they were instructed not to go to work around the time that Khashoggi disappeared.

Also Sunday, images that were obtained by TRT World, a Turkish news channel that broadcasts in English, showed Khashoggi as he arrived at a police barrier before entering the consulate on Oct. 2. The images, taken from security camera video, show the writer being searched before continuing toward the building. 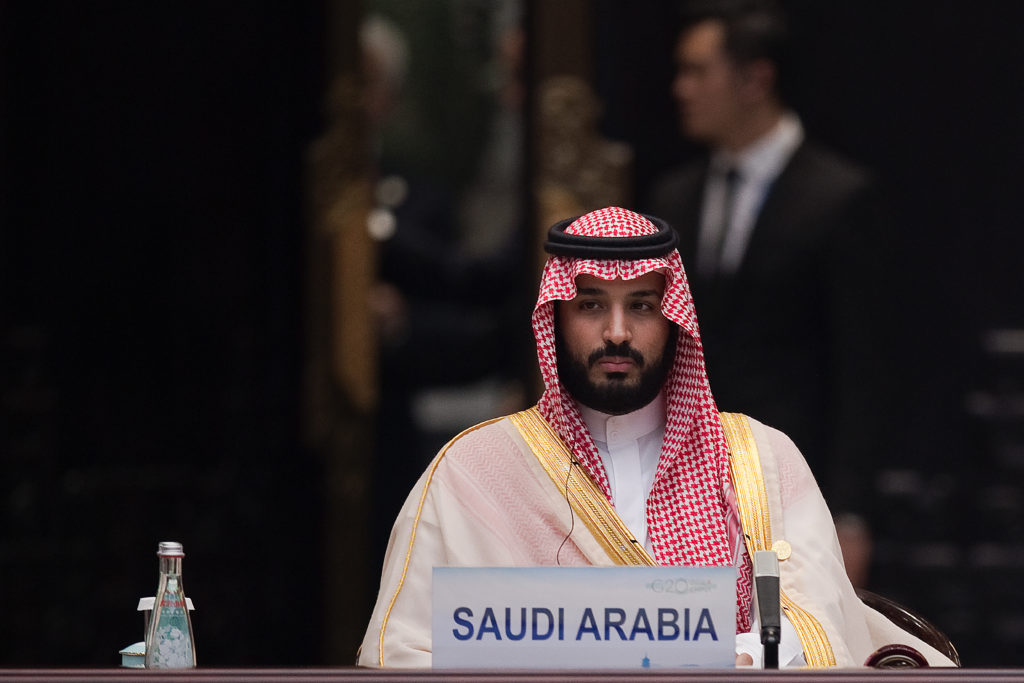 Jamal Khashoggi was a frequent critic of Saudi Crown Prince Mohammed bin Salman, which undermined his reputation as a reformer in the arab world. Photo by Nicholas Asfouri/Getty Images

Saudi Foreign Minister Adel al-Jubeir said on Fox News that Khashoggi’s killing was “a rogue operation” and that “we don’t know where the body is.'”

“The individuals who did this did this outside the scope of their authority,” he said. “There obviously was a tremendous mistake made and what compounded the mistake was the attempt to try to cover up. That is unacceptable to the government.”

However, a leading U.S. Senate Republican said the Saudi explanation, which followed initial denials from the kingdom that it knew anything about Khashoggi’s fate, wasn’t credible.

Bob Corker, chairman of the Senate Foreign Relations Committee, said Saturday on CNN’s “State of the Union” that he believed Prince Mohammed, the heir-apparent of the world’s largest oil exporter, was behind the killing.

The crown prince has “now crossed a line and there has to be a punishment and a price paid for that,” Corker said. He also urged Turkey to turn over purported audio recordings of Khashoggi’s killing inside the Saudi consulate in Istanbul. The existence of such evidence has been reported in Turkish media in a series of leaks, though Turkish officials have yet to confirm they have recordings.

“The Turks have been talking more to the media than they have us,” Corker said of the NATO ally.

California Rep. Adam Schiff, the top Democrat on the House intelligence committee, said on ABC’s “This Week” that the killing should be a “relationship-altering” event for the U.S. and Saudi Arabia, which has said it will retaliate against any economic sanctions or other moves against it. 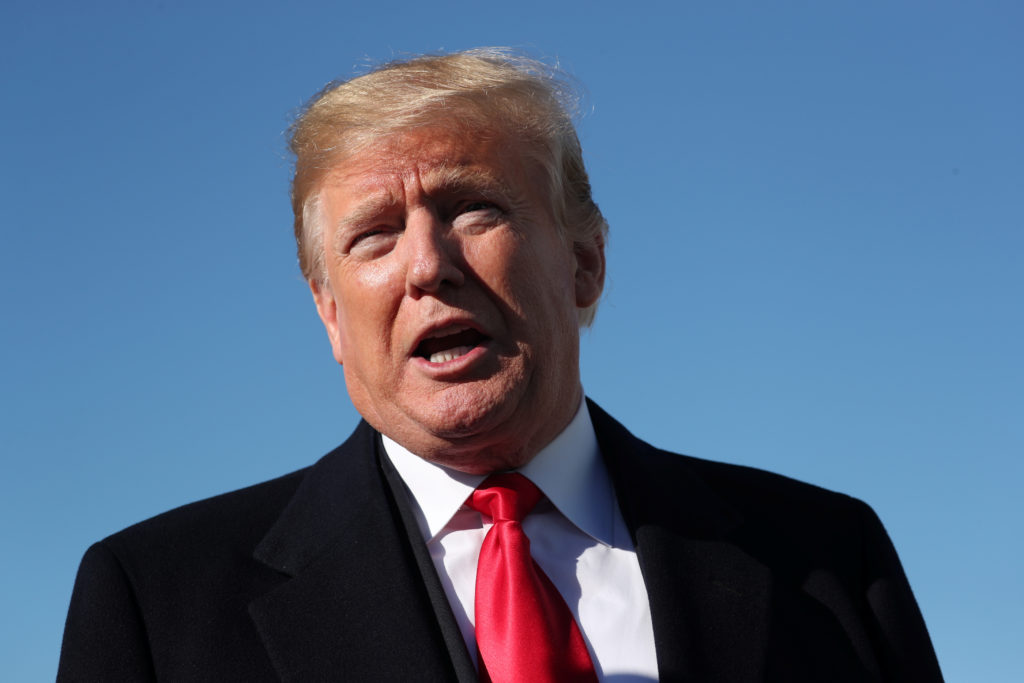 U.S. President Donald Trump talks to reporters about journalist Jamal Khashoggi’s disappearance prior to boarding Air Force One for travel to Montana from Joint Base Andrews. Photo by Jonathan Ernst/Reuters

U.S. President Donald Trump had also talked about possible punishment but said he didn’t want to halt a proposed $110 billion arms sale to Saudi Arabia because, he maintained, it would harm U.S. manufacturers. He initially said he believed the Saudi account. Speaking late Saturday after a campaign rally in Nevada, Trump said he needs to learn more about the killing and will be working with Congress on the U.S. response. He also said he will talk soon to Prince Mohammed.

Britain, Germany and France issued a joint statement condemning the killing of Khashoggi, saying there is an “urgent need for clarification of exactly what happened.”

In a statement Sunday, the governments said attacks on journalists are unacceptable and “of utmost concern to our three nations.” They said the “hypotheses” proposed so far in the Saudi investigation need to be backed by facts to be considered credible.