The officials said the new sanctions could be imposed as early as Monday and will likely target Venezuela’s oil sector, including possibly its state-owned petroleum company. One official said an announcement was imminent. The officials were not authorized to discuss the matter publicly and spoke on condition of anonymity.

The administration imposed sanctions on more than a dozen senior current and former Venezuelan officials last week, warning the socialist government that new penalties would come if President Nicolas Maduro went ahead with Sunday’s election for a constituent assembly.

The assembly will draw up a new constitution that many believe is aimed only at securing Maduro’s increasingly authoritarian rule. On Monday, Venezuela’s government said the election had given it a popular mandate to dramatically recast the political system, despite widespread claims of low voter turnout. 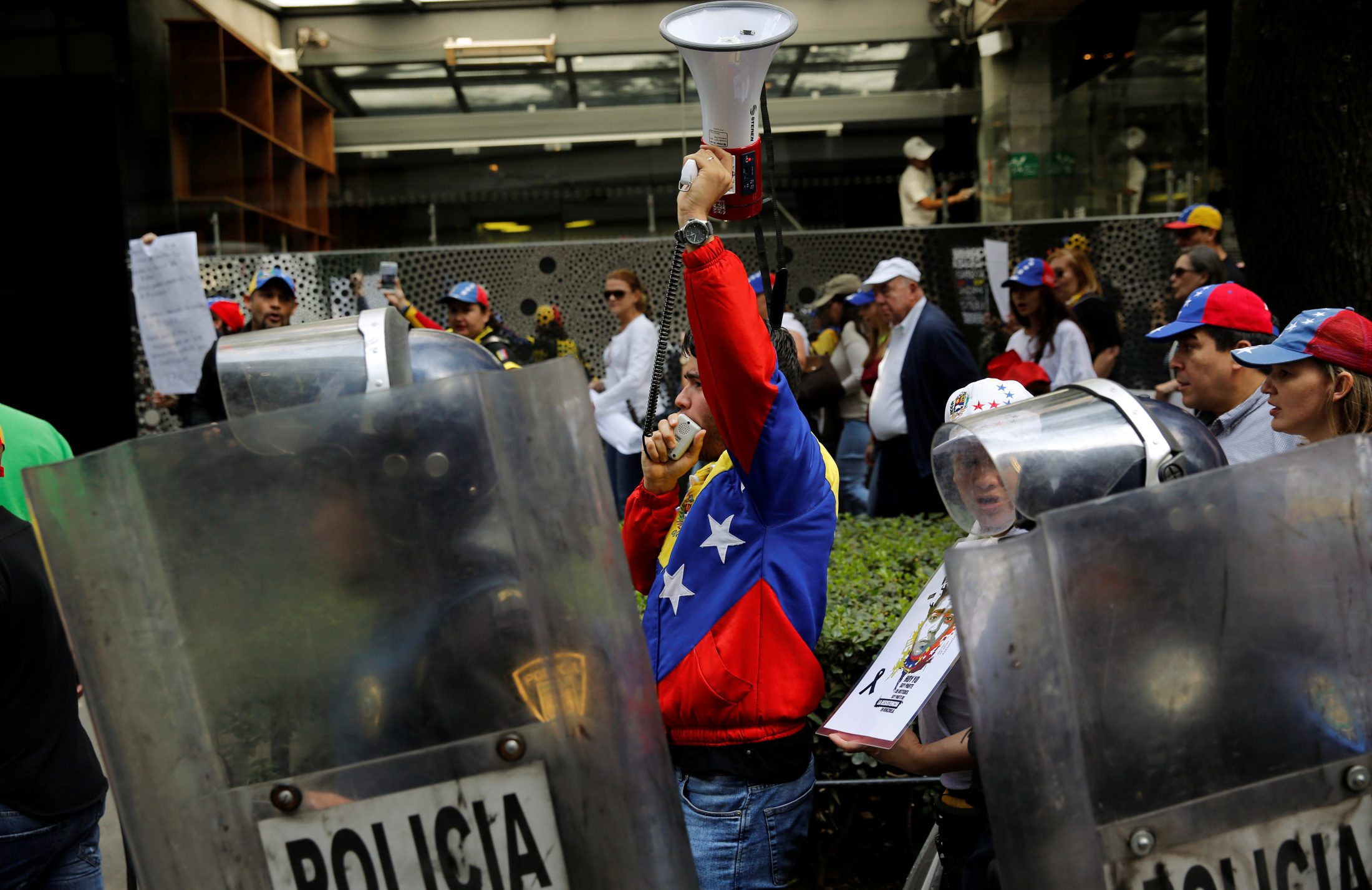 Police officers walk beside people shouting slogans during a protest held by Venezuelans in Mexico against Venezuela’s Constituent Assembly election, near Venezuela’s embassy in Mexico City. Photo by Henry Romero/Reuters

The Trump administration was quick to denounce the vote.

“Maduro’s sham election is another step toward dictatorship,” Nikki Haley, the U.S. ambassador to the United Nations, said on Twitter. “We won’t accept an illegit govt. The Venezuelan ppl & democracy will prevail.”

Maduro’s sham election is another step toward dictatorship. We won't accept an illegit govt. The Venezuelan ppl & democracy will prevail.

“The United States stands by the people of Venezuela, and their constitutional representatives, in their quest to restore their country to a full and prosperous democracy,” Nauert said in a statement. “We will continue to take strong and swift actions against the architects of authoritarianism in Venezuela, including those who participate in the National Constituent Assembly as a result of (Sunday’s) flawed election.”

Five days ago, the Treasury Department targeted four senior Venezuelan officials that the U.S. said were promoting that election or undermining democracy in Venezuela. Five others were hit with sanctions after the department accused them of involvement in violence or repression amid the country’s political crisis. Four more Venezuelans linked to Venezuela’s state oil company or other government-run institutions were also penalized.

At the time, Treasury Secretary Steven Mnuchin indicated more penalties could be coming unless Maduro’s government did not call off the election.

Left: Venezuela's President Nicolas Maduro (C) speaks during a meeting with supporters in Caracas, Venezuela on July 30, 2017. Photo by Miraflores Palace via Reuters