CHALCHUAPA, El Salvador — The once-staggering number of Central American child migrants crossing the border has slowed dramatically in recent months. But to discourage future migration flows, many say the violence and poverty that helped trigger the exodus must be addressed.

Over the last seven years, the United States has spent $800 million on programs to combat drug trafficking, gangs, and crime in Central America through an aid package called the Central American Regional Security Initiative, or CARSI.

The U.S. Agency for International Development has used some of those funds to create 140 youth outreach centers in El Salvador, Guatemala and Honduras in recent years. The agency hopes to add 100 more. New centers are being inaugurated each month in these countries.

At one of these youth centers in the town of Chalchuapa, not far from the Guatemalan border, a handful of boys practices drawing with a volunteer teacher’s help in a simple room with turquoise walls.

One of the regulars here is 12-year-old Eduardo Ardon.

He has a buzz cut and wears a soccer jersey.

This center opened a year and a half ago through a partnership between the local town and USAID. The aim is to prevent gang violence and teach kids useful skills.

Eduardo said if these centers didn’t exist in his neighborhood, he’d probably be holed up at home avoiding trouble with local gangs.

“Because it’s dangerous to walk on the streets alone,” Eduardo said. “You don’t know if you could be confused for someone else and something bad could happen.”

Between last October and the end of August, some 66,000 unaccompanied children and another 66,000 parents with children have arrived at the U.S. border, according to U.S. Customs and Border Protection statistics. Most of these migrants came from El Salvador, Guatemala and Honduras.

In response, President Barack Obama requested emergency funding in July to address the crisis. That request included $295 million to spend in those three Central American countries, in part to expand programs like these youth centers. 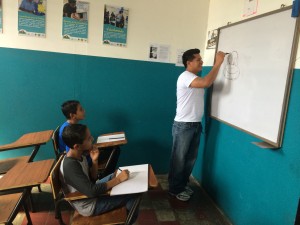 Some agencies working in the region have made adjustments based on the child migrant crisis, however. This summer, USAID awarded a $7.6 million grant to the International Organization for Migration to improve the infrastructure for recently deported kids in El Salvador, Guatemala and Honduras. The agency also provided assistance to rural communities impacted by drought and coffee rust, factors that could have prompted migration.

“One of the things we are most focused on is getting at the underlying factors that is promoting the illegal immigration,” said Mark Feierstein, associate administrator for USAID. “And that is to create jobs, to reduce poverty and reduce crime.”

The results of most CARSI programs have not been made public, according to a May report by the Congressional Research Service. But Vanderbilt University has evaluated the effectiveness of USAID’s violence prevention and vocational programs. That study will be made public later this month. 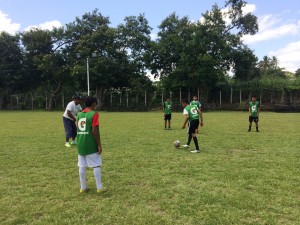 A program started with U.S. funds brings local boys to the police precinct in Santa Ana to play soccer on a police-sponsored team.
Photo by Jude Joffe-Block/Fronteras Desk

“It shows that these models work, they need to be replicated,” Feierstein said. “And that is going to be the work in the coming months, to replicate the models in these three countries.”

U.S. foreign to aid to Central America peaked in the 1980s at about $1 billion annually. During that time the U.S. provided military support to a number of governments in the region resisting left-wing insurgencies. When it came out those governments were committing human rights abuses, that aid to the region became a flash point in American political debate.

At the police precinct in the city of Santa Ana in western El Salvador, a police officer in uniform teaches a group of sixth graders how to use computers for the first time, as part of their school day.

The class is part of a program called Gang Resistance Education and Training, or GREAT, which first started in Phoenix in the 1990s. It gets police involved with school kids, so they’ll trust cops and be less likely to join a gang. 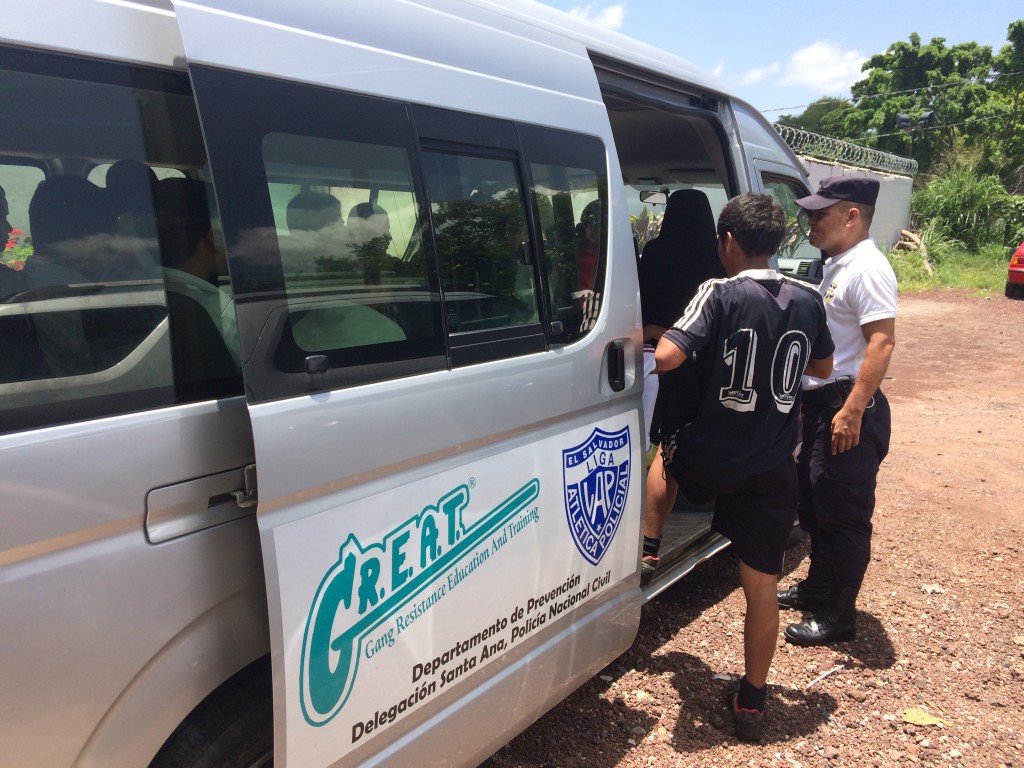 A van brings local boys to the police precinct in Santa Ana to play soccer on a police-sponsored league. Photo by Jude Joffe-Block/Fronteras Desk

Coaches yell out drills to about a dozen boys. It’s a police-sponsored soccer team, another idea borrowed from the U.S.

The recent American support for violence prevention programs has been welcomed by Salvadoran security expert Jeannette Aguilar, who is based at the Central American University in San Salvador.

But Aguilar said other U.S. policies are making the region more violent. 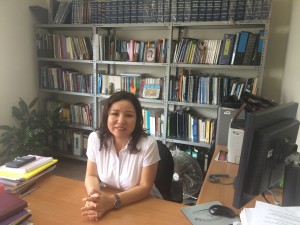 “There is a double standard because the U.S. demands these countries improve their security but the U.S. doesn’t establish regulations to better control illegal trafficking of American guns,” Aguilar said. “It is well documented that there is an enormous flow of guns from north to south that supply the drug traffickers, criminals, and gang members that operate in the region.”

“Many of the security problems we have today in the region are directly associated with Mexican drug traffickers moving to operate in these countries,” Aguilar said.

Back at the youth center, 12-year-old Eduardo Ardon hasn’t built up much trust for the local police. He says there is kidnapping and extortion where he lives, but the police don’t show up when they are needed.

“I personally don’t have confidence to see a policeman and report something,” he said. “There are police that are part of the gangs.”

That’s one reason why police reform is such a hot topic in El Salvador these days. Both the U.S. and the Salvadoran government are trying to promote community policing models that will be more responsive to local residents.

Left: A police officer in Santa Ana, El Salvador teaches a group of sixth graders how to use computers as part of the Gang Resistance Education and Training, or GREAT, program. Photo by Jude Joffe-Block

Facebook beefs up anti-misinformation efforts ahead of U.S. election