Officials say five more people have have died in clashes between policemen and anti-government protesters in Ukraine on Tuesday, bringing the death toll to 18.

The Associated Press reports that fire has engulfed the protest camp in the center of the country’s capital, Kiev, as police advance on demonstrators. 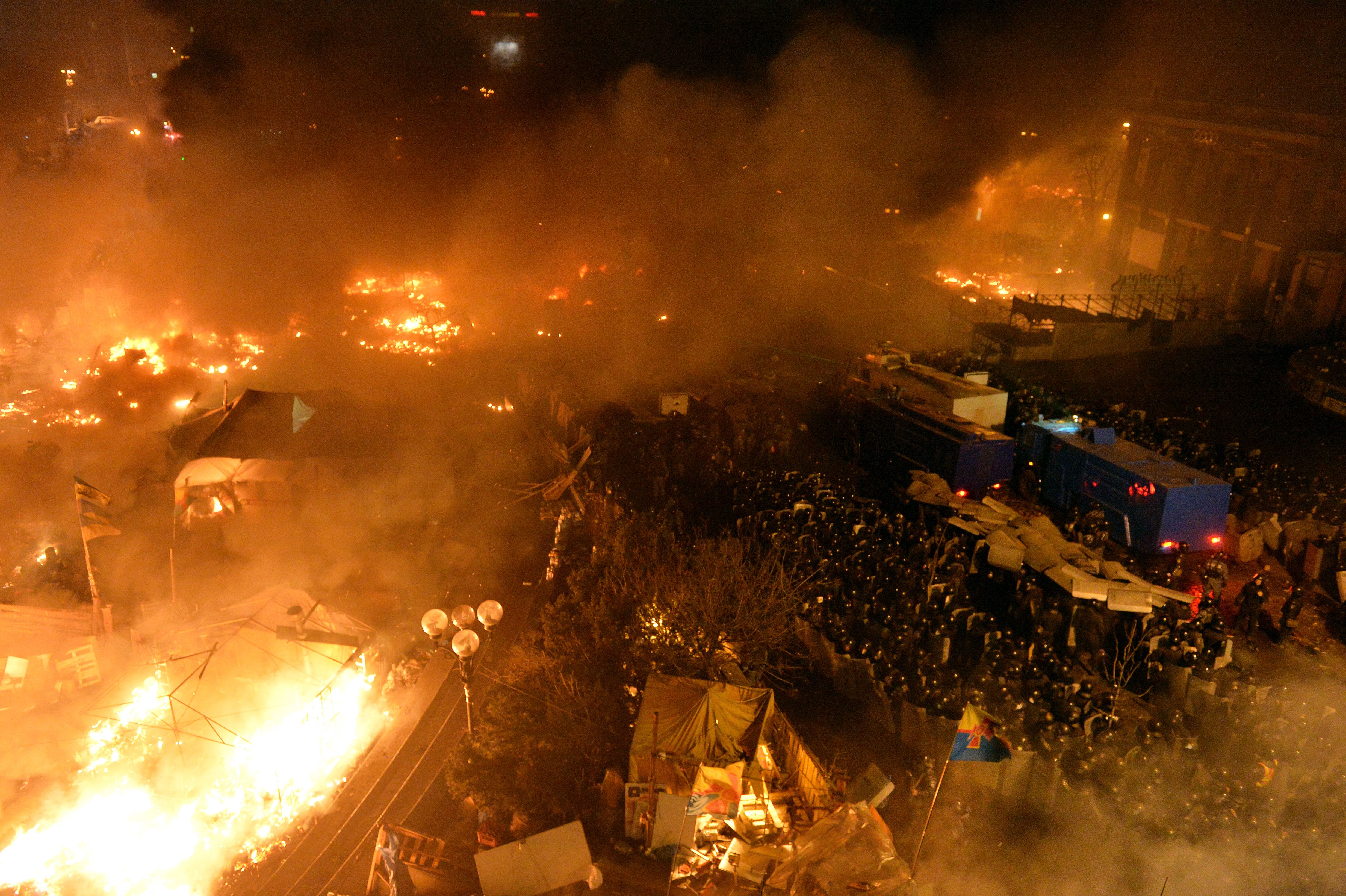 Tens of thousands of demonstrators marching on parliament in Ukraine were hit by rubber bullets and stun grenades Tuesday as protesters and police clashed again in the capital of Kiev.

The BBC reports that marching protesters were blocked by lines of police vehicles when they marched on the parliament building. As protesters threw cobblestones and smoke bombs, police fired back with stun and smoke grenades and rubber bullets. Crowds also temporarily occupied the headquarters of Ukraine’s governing party — President Yanukovych’s Party of the Regions — before police were able to force the protesters out. 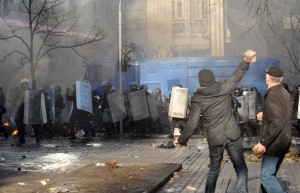 Anti-government protesters throw ripped-up cobblestones at police in in the center of Kiev on Feb. 18, 2014. Photo by Genya Savilov/AFP/Getty Images

The renewed protests come a day after Russia gave $2 billion in economic aid to Ukraine — the latest segment of a $15 billion package that President Viktor Yanukovych agreed to in November in lieu of a free trade agreement with the European Union, which sparked the country’s continuing unrest.

Commenting on the latest violence, Russia’s foreign ministry said it was a “direct result of connivance by Western politicians and European structures that have shut their eyes … to the aggressive actions of radical forces.”

Ukraine’s Security Service and the Interior Ministry jointly set a Tuesday deadline for protesters to cease their clashes with police in Kiev. In a joint statement, the law enforcement agencies said that authorities will restore order if the “disorders” do not stop by 6 p.m. local time.

Left: Anti-government protesters clash with police in front of the Ukrainian Parliament on Tuesday. Photo by Sergei Supinsky/AFP/Getty Images