VATICAN CITY (AP) — Pope Francis on Saturday invoked “gestures of peace in these days marked by the horror of war” in an Easter vigil homily in St. Peter’s Basilica attended by the mayor of the occupied Ukrainian city of Melitopol and three Ukrainian lawmakers.

The pontiff noted that while “many writers have evoked the beautify of starlit nights, the nights of war, however, are riven by streams of light that portend death.”

Francis did not refer directly to Russia’s invasion of Ukraine, but he has called for an Easter truce in order to reach a negotiated peace. That call appeared in vain Saturday, as Russia resumed missile and rocket attacks on Kyiv, western Ukraine and beyond in a stark reminder that the whole country remains under threat. 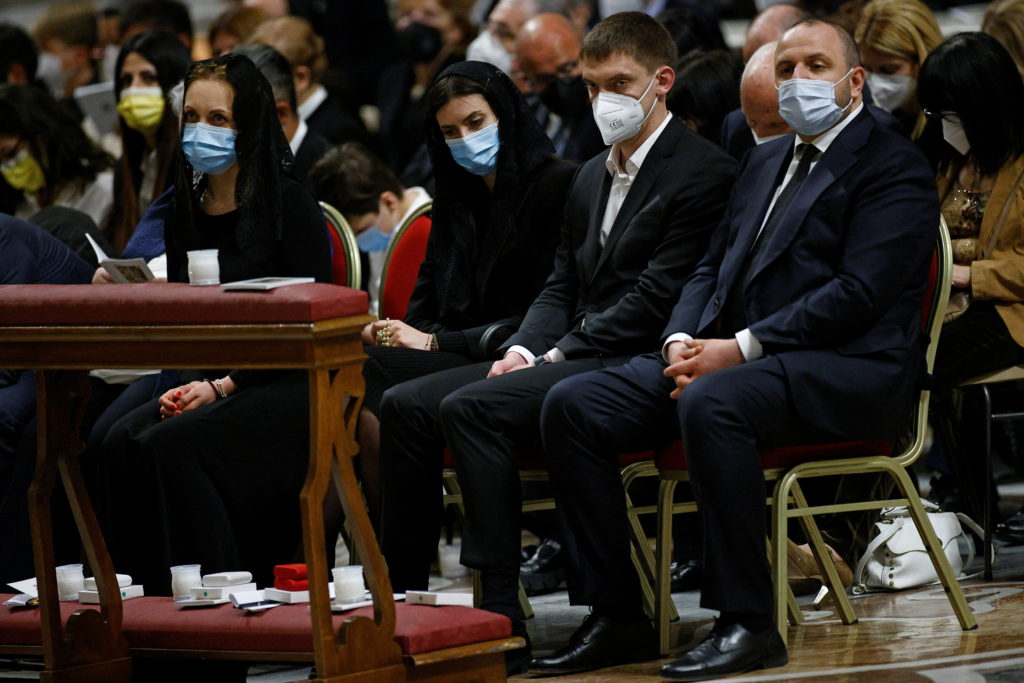 At the end of his homily, the pontiff directly addressed Melitopol Mayor Ivan Fedorov and Ukrainian lawmakers Maria Mezentseva, Olena Khomenko and Rusem Umerov, who sat all together in the front row.

“In this darkness of war, in the cruelty, we are all praying for you and with you this night. We are praying for all the suffering. We can only give you our company, our prayer,’’ Francis said, adding that “the biggest thing you can receive: Christ is risen,” speaking the last three words in Ukrainian.

Fedorov was abducted and held for five days by Russian troops after they occupied Melitopol, a strategic southern city. Fedorov and the lawmakers have been visiting European capitals asking for more aid for their war-torn country and met earlier Saturday with the Vatican’s No. 2, Secretary of State Pietro Parolin.

For Christians, Easter is a day of joy and hope, as they mark their belief that Jesus triumphed over death by resurrection following his crucifixion.

“For with Jesus, the Risen Lord, no night will last forever; and even in the darkest night, the morning star continues to shine,’’ the pope said in his homily.

Francis, who has been suffering from an inflamed ligament, did not participate in a candle-lit procession up the aisle of the darkened basilica at the start of the Mass. He instead sat in front of the altar on a wooden upholstered chair in white robes. Cardinal Giovanni Battista Re said the Mass instead.

Arrayed before the steps of the altar was a row of cardinals, wearing ivory robes and face masks for the first Easter vigil Mass with the faithful present since the pandemic.

Among those in the basilica were seven adults who were baptized by the pope during the Mass. The Vatican said these new faithful are from Italy, the United States, Albania and Cuba. From a shell-shaped silver dish, Francis poured holy water over the bowed heads of the seven, after they walked up to him one by one and listened to him calling their first names.

On Sunday, Francis celebrates Easter Mass in the late morning in St. Peter’s Square and gives a speech from the basilica balcony, known by its Latin name “Urbi et Orbi” (to the city and to the world), in which he recounts the trials and conflicts facing the world.

Left: Pope Francis speaks as he attends the Easter Vigil in Saint Peter's Basilica at the Vatican, April 16, 2022. Photo by Guglielmo Mangiapane/Reuters.