Violence, war and other forms of persecution forced a record 68.5 million people to flee their homes in 2017, according to a new report released Tuesday by the United Nations High Commissioner for Refugees.

The annual report, released ahead of World Refugee Day on Wednesday, suggested that on average, a person became displaced every two seconds last year.

Violence in the Democratic Republic of the Congo, the war in South Sudan and the persecution of Rohingya Muslims in Myanmar fueled last year’s displacement numbers.

Of the 68.5 million people who were forcibly displaced, 25.4 million were refugees who fled their home countries, 40 million were considered internally displaced people who never actually left their countries of origin and 3.1 million were asylum seekers who were waiting for the outcome of their applications for refugee status.

“Today, on the eve of World Refugee Day, my message to member states is please support this,” U.N. High Commissioner for Refugees Filippo Grandi said in a statement. “No one becomes a refugee by choice; but the rest of us can have a choice about how we help.”

Colombia remained the country with the largest internally displaced population for the second year in a row, with 7.7 million people. Syria had the second highest tally with 6.2 million. 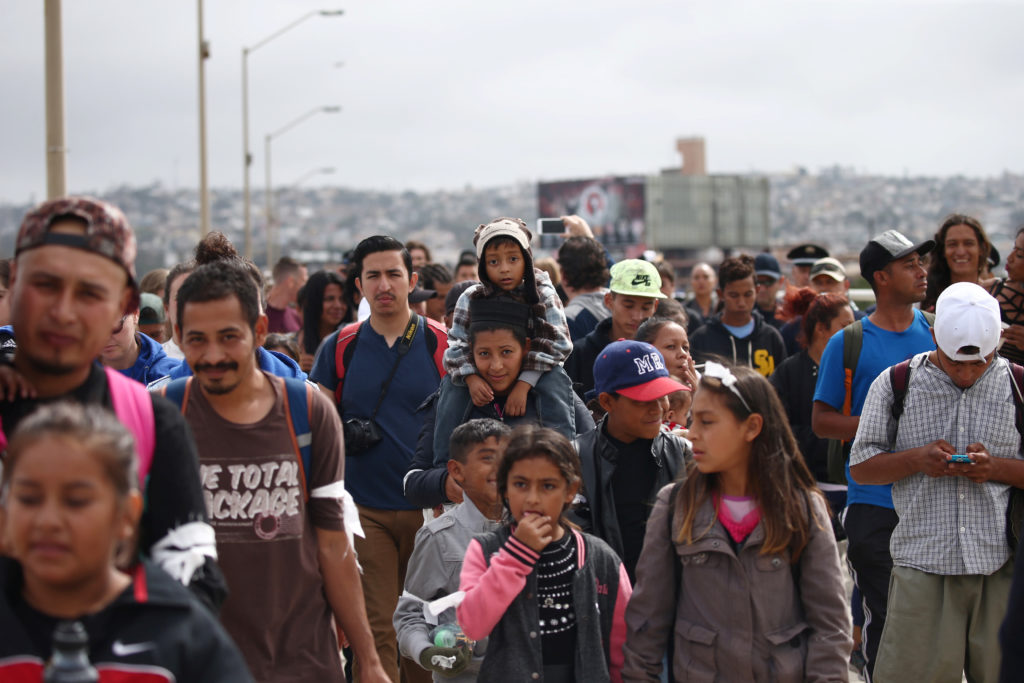 Members of a caravan of migrants from Central America walk towards the United States border and customs facility, where they are expected to apply for asylum, in Tijuana, Mexico April 29, 2018. Photo by REUTERS/Edgard Garrido

Internal displacement was largely caused by “armed conflict, generalized violence, or human rights violations,” UNHCR stated. The report noted that 2017 marked the second straight year that the number of internally displaced people decreased. That count fell by about 300,000 people in 2017.

The figures debunked the perception that the refugee crisis primarily affects developed nations.

But the number of refugees who fled their home countries rose for the sixth straight year, increasing by 2.9 million in 2017 — the biggest increase the UNHCR has ever recorded in a single year.

The global refugee population stood at 25.4 million at the end of 2017, the report said. That figure included 5.4 million Palestinian refugees who were under the watch of the United Nations Relief and Works Agency.

Of the remaining 19.9 million refugees under UNHCR’s watch, nearly two-thirds came from just five countries: Syria with 6.3 million, Afghanistan with 2.6 million, South Sudan with 2.4 million, Myanmar with 1.2 million and Somalia with 986,400.

The figures debunked the perception that the refugee crisis primarily affects developed nations. According to the report, low-income developing nations hosted about 85 percent of the world’s refugees under UNHCR’s watch. Turkey topped the list of countries that hosted the most refugees last year, with 3.5 million. 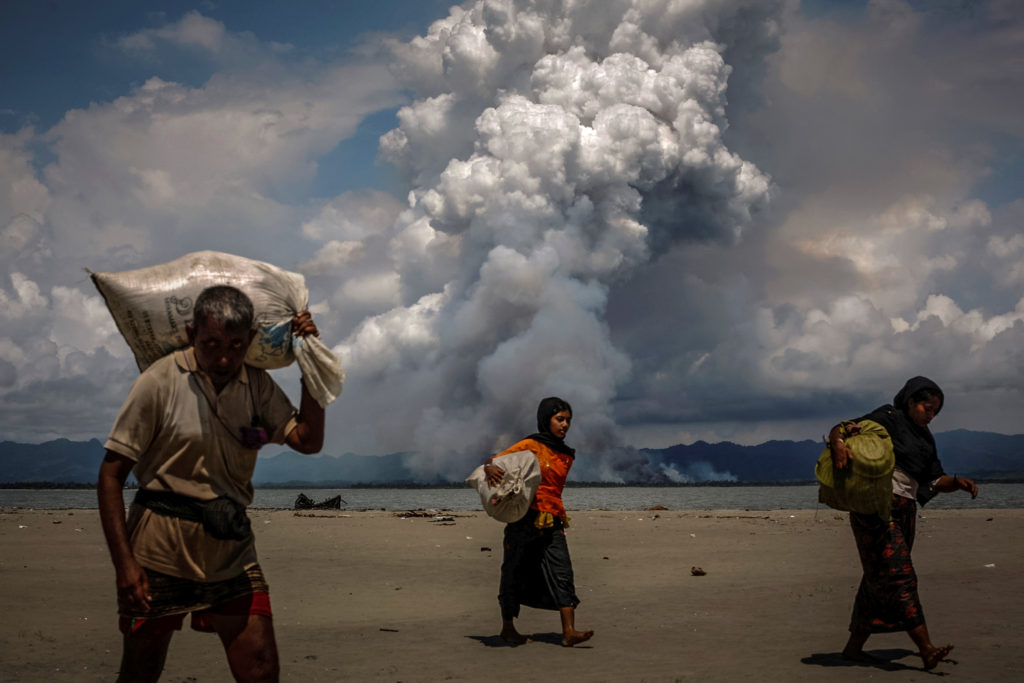 Smoke is seen on the Myanmar border as Rohingya refugees walk on the shore after crossing the Bangladesh-Myanmar border by boat through the Bay of Bengal, in Shah Porir Dwip, Bangladesh. Photo by Danish Siddiqui/Reuters

The United States received the largest number of new asylum claims in 2017 with 331,700, though a recent Pew Research Center study suggests the U.S. is admitting fewer refugees. Last year represented the first time since 2012 that the U.S. topped the list.

Most of the 3.1 million asylum seekers originated from Afghanistan, which overtook Syria as the top source of applications last year.

“We are at a watershed, where success in managing forced displacement globally requires a new and far more comprehensive approach so that countries and communities aren’t left dealing with this alone,” Grandi said.

The agency said it hopes its new blueprint for addressing refugee crises, the Global Compact on Refugees, will help the international community cooperate more closely when responding to the issue.