CAIRO — Yemen’s warring sides have agreed to implement a long-delayed and major prisoner swap, the United Nations said on Sunday, in a sign that talks to end the disastrous war between the country’s internationally recognized government and its Houthi rebels could be making progress.

It would be the “first official large-scale” exchange of its kind since the beginning of the conflict in the Arab World’s poorest country, according to the U.N.

The prisoner swap deal was seen as a breakthrough during 2018 peace talks in Sweden. The Houthis and the internationally recognized government agreed then to several confidence-building measures, including a cease-fire in the strategic port city of Hodeida.

Implementation of the tentative peace plan stumbled amid ongoing military offensives and a deep-seated distrust between the two sides.

The conflict also has been a theater for the regional rivalry between Iran, which backs the Houthi rebels, and Saudi Arabia, which leads a military coalition supporting the internationally recognized Yemeni government.

The U.N. mission in Yemen said that both the rebels and Yemeni government had decided to “immediately begin with exchanging the lists for the upcoming release” of prisoners. Sunday’s statement came after seven days of meetings between the two sides in Jordan’s capital, Amman.

“Today the parties showed us that even with the growing challenges on the ground, the confidence they have been building can still yield positive results,” the U.N. envoy Martin Griffiths said.

The U.N. mission did not disclose specific numbers for the expected prisoner exchange. 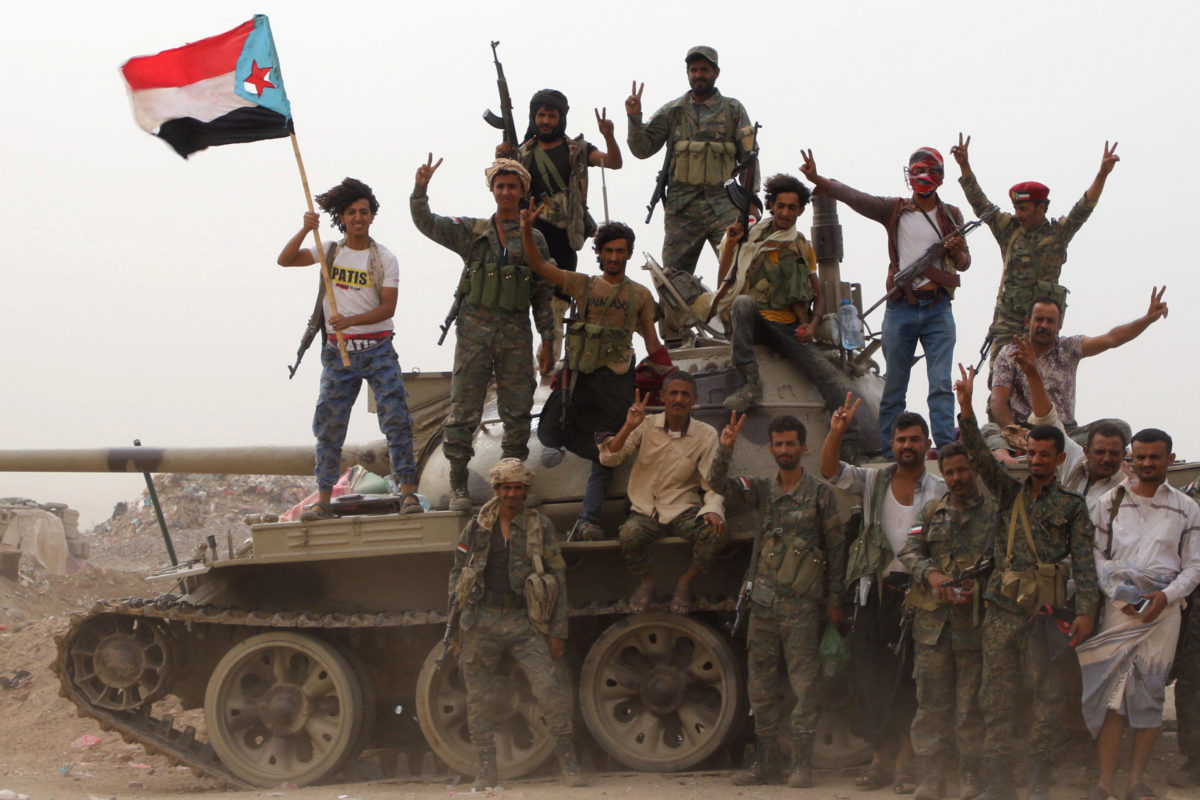 Abdul-Qader al-Murtaza, a rebel official in charge of prisoners’ affairs, said in a tweet that the first phase of the deal includes the release of more than 1400 prisoners from the two sides. He said talks would continue for another two days to “prepare and revise the final lists.”

The talks were co-chaired by Griffiths’ office and the International Committee of the Red Cross, ICRC. Representatives from the Saudi-led coalition also attended the talks, the U.N. said.

Griffiths urged both parties to move forward with the agreed-upon prisoner exchange “with the utmost sense of urgency.” He did not elaborate when they would start the exchange.

Franz Rauchenstein, the head of the ICRC in Yemen’s capital, Sanaa, welcomed the step as “encouraging.”

“Today, despite ongoing clashes, we saw that the parties have found common humanitarian ground that will allow many detainees to return to their loved ones,” Rauchenstein said.

The war in Yemen has also spawned the world’s worst humanitarian crisis, leaving millions suffering from food and medical shortages. It has killed over 100,000 people, including fighters and civilians, according to the Armed Conflict Location & Event Data Project, which tracks violence reports in Yemen.

Houthi spokesman Mohammed Abdel-Salam said Saudi and Sudanese prisoners would be included in the release from his side. The Saudi-led coalition has brought into Yemen Sudanese fighters on its side.

The breakthrough in talks came after another bout of intense fighting in different areas in Yemen, that killed and wounded hundreds of people from both sides.

Strikes on Saturday killed more than 30 civilians in the mountainous northern Yemeni Jawf province, said the U.N. humanitarian chief for the country, calling the attack “shocking.”

The Houthis accused the Saudi-led coalition of launching retaliatory airstrikes, after they shot down a coalition warplane over Jawf.

The coalition said it was investigating “possible collateral damage” from a rescue operation in the area after the downing of the European-made Tornado warplane late Friday.

The renewed clashes threatened to overshadow the hopes raised by back-channel talks in the Gulf state of Oman between Saudi Arabia and the Houthis.

The talks focus on interim agreements, such as re-opening Yemen’s main international airport in Sanaa, which was shut down by the Saudi-led coalition in 2016. In a sign of progress, two United Nations flights ferrying dozens of seriously ill Yemenis abroad for treatment took off last week from the rebel-held capital, the first since the start of the air blockade.

The conflict in the Arab world’s poorest country erupted in 2014, when the Iran-allied Houthis seized the capital and much of the country’s north. A Saudi-led coalition, determined to restore the authority of Yemeni President Abed Rabbo Hadi’s government, launched a military intervention months later.

Left: Soldiers who have defected from the ranks of Yemeni government forces salute for the national anthem during a ceremony held by the Houthis in Sanaa, Yemen December 29, 2019. Photo by Khaled Abdullah/Reuters.