WASHINGTON — The U.S. has carried out military strikes in Iraq and Syria targeting a militia blamed for a rocket attack that killed an American contractor, a Defense Department spokesman said Sunday.

The U.S. blames the militia for a rocket barrage Friday that killed a U.S. defense contractor at a military compound near Kirkuk, in northern Iraq. Officials said attackers fired as many as 30 rockets in Friday’s assault.

The Defense Department gave no immediate details on how the strikes were conducted. It said the U.S. hit three of the militia’s sites in Iraq and two in Syria, including weapon depots and the militia’s command and control bases.

Hoffman said the U.S. attacks would limit the militia’s ability to carry out future strikes against Americans and their Iraqi allies. 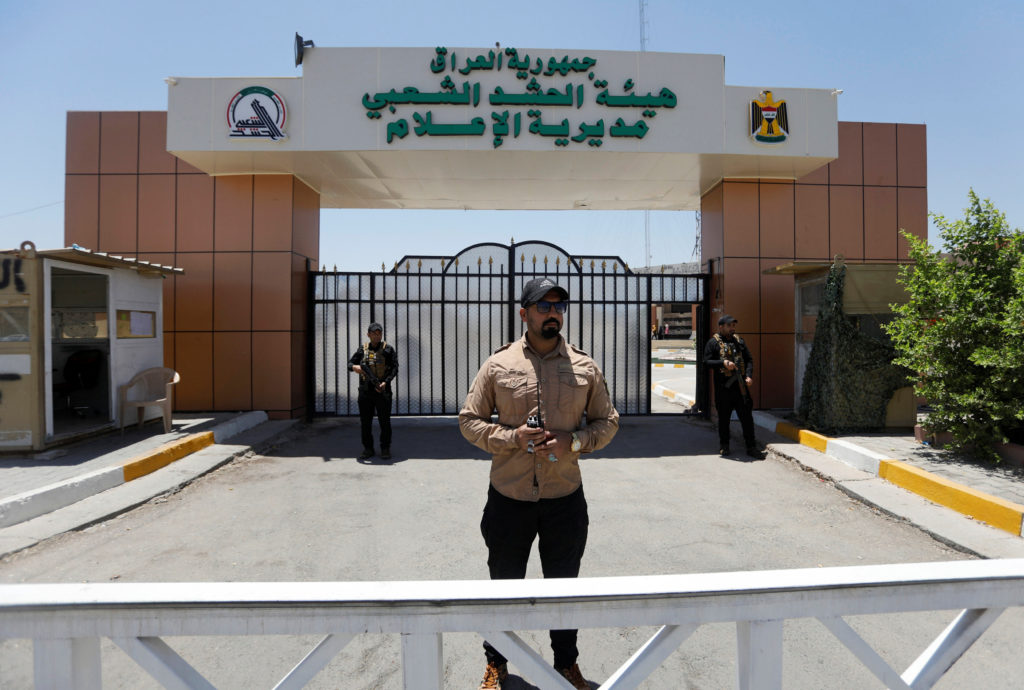 Iraq’s Hezbollah Brigades, a separate force from the Lebanese group Hezbollah, operate under the umbrella of the state-sanctioned militias known collectively as the Popular Mobilization Forces. Many of them are supported by Iran.

Kataeb Hezbollah is led by Abu Mahdi al-Muhandis, one of Iraq’s most powerful men. He once battled U.S. troops and is now the deputy head of the Popular Mobilization Forces.

In 2009, the State Department linked him to the elite Quds Force of Iran’s Revolutionary Guard, designated a foreign terrorist organization by President Donald Trump earlier this year.

The U.S. maintains some 5,000 troops in Iraq. They are there based on an invitation by the Iraqi government to assist and train in the fight against the Islamic State group.

The militia strike and U.S. counter-strike come as months of political turmoil roil Iraq. Nearly 600 people have died in anti-government protests in recent months, most of them demonstrators killed by Iraqi security forces.

Abdul-Mahdi had made no public comment on Friday’s militia attack but condemned the U.S. retaliatory strike on Sunday. He called it a violation of Iraqi sovereignty and a “dangerous escalation that threatens the security of Iraq and the region.”