JERUSALEM — American officials looked on Sunday as Israel opened a newfound Roman-era street at a divisive archaeological site in east Jerusalem, a move that deepened Palestinian animosity toward the White House’s mediation efforts.

“Whether there were any doubts about the accuracy, the wisdom, the propriety in President Trump’s recognizing of Jerusalem as the capital of Israel, I certainly think this lays all doubts to rest.” – U.S. Ambassador to Israel David Friedman

The City of David Foundation unveiled what it called “the pilgrimage road,” a 2,000-year-old main thoroughfare from Roman-era Jerusalem that it says served visitors to the ancient Jewish Temple. The multi-year project to excavate beneath the mostly Palestinian neighborhood of Silwan cost over $100 million, with donors including Russian billionaire Roman Abramovitch, Republican megadonor Sheldon Adelson and Oracle founder Larry Ellison.

Visitors will be able to “touch history” by walking in the footsteps of ancient pilgrims through a 350-meter (yard) stretch of tunnel along the ancient street that ran uphill to the Jewish temple, the City of David Foundation said.

But the presence of the American officials sparked new accusations that the U.S. is helping Israel “Judaize” east Jerusalem. The Palestinians severed ties with the White House after Trump recognized Jerusalem as Israel’s capital in December 2017. 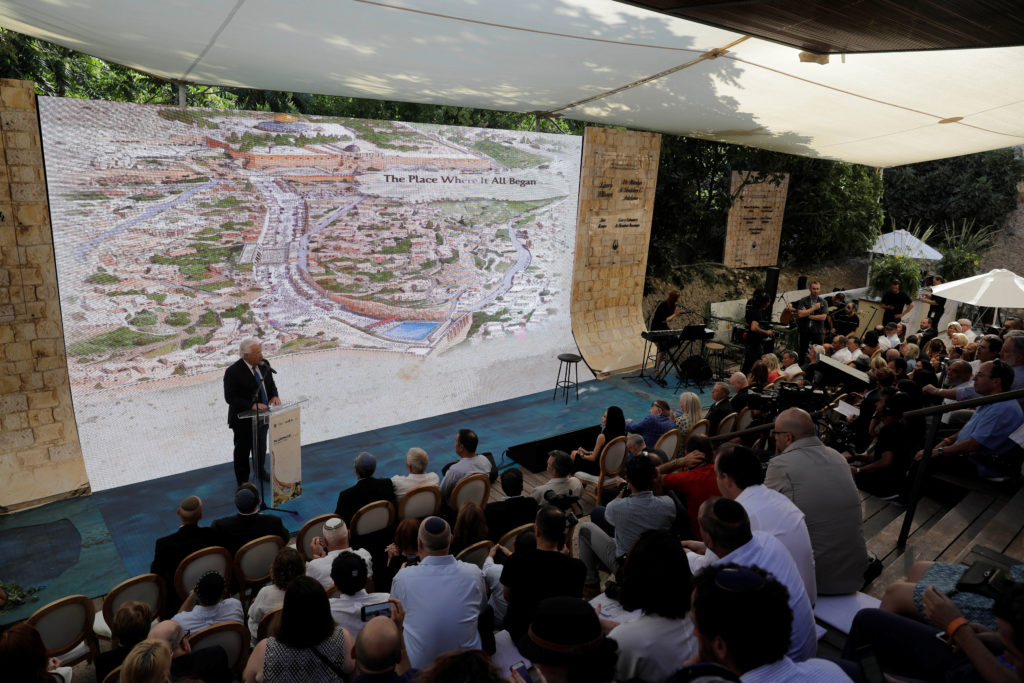 U.S. Ambassador to Israel David Friedman speaks during the opening of an ancient road at the City of David, a popular archaeological and tourist site in the Palestinian neighborhood of Silwan in East Jerusalem June 30, 2019. Tsafrir Abayov/Pool via Reuters

Israel captured east Jerusalem, home to the city’s most sensitive holy sites, in the 1967 Mideast war and annexed the area in a move that is not internationally recognized. The Palestinians seek east Jerusalem as the capital of a future independent state.

The competing claims to east Jerusalem lie at the heart of the Israeli-Palestinian conflict and are a frequent flashpoint of violence. Palestinian neighborhoods in east Jerusalem also suffer from prolonged poverty and neglect, adding to the tensions.

The City of David Foundation’s excavations, located on the steep slope beneath the contested site known to Jews as the Temple Mount and to Muslims as the Noble Sanctuary, are part of a popular archaeological and tourist site the group runs in Silwan.

The site contains some of the oldest remains of the 3,000-year-old city, what many believe to be the centerpiece of ancient Jewish civilization. Some even claim it is linked to the Bible’s King David.

“Whether there were any doubts about the accuracy, the wisdom, the propriety in President Trump’s recognizing of Jerusalem as the capital of Israel, I certainly think this lays all doubts to rest,” Friedman said.

But critics accuse the site’s operators of pushing a nationalistic agenda at the expense of local Palestinian residents.

The project’s parent group, Elad, helps settle Jewish families in Arab neighborhoods, raising suspicions that its tourism projects aim to erase the line between east and west Jerusalem. The Palestinians view the excavations as part of Israeli efforts to dominate the contested city.

Although Trump has said his recognition has no bearing on the city’s final boundaries, the participation of senior American officials at an Israeli ceremony in the heart of east Jerusalem raised fears among the Palestinians that the U.S. is recognizing Israeli control over the sensitive area.

“The Israeli occupation is trying to legalize colonial practices in Jerusalem by using a religious cover,” the Palestinian Foreign Ministry said in a statement. “Friedman and Greenblatt are ready to fake history for this colonial purpose.”

The new “pilgrimage road” has also drawn criticism from Israeli peace activists and archaeologists. Unlike conventional archaeological excavations, the City of David and the Israel Antiquities Authority burrowed horizontally along the ancient road, stripping away later periods as they went to expose remains from the period associated with the golden age of the second Jewish Temple in Jerusalem. 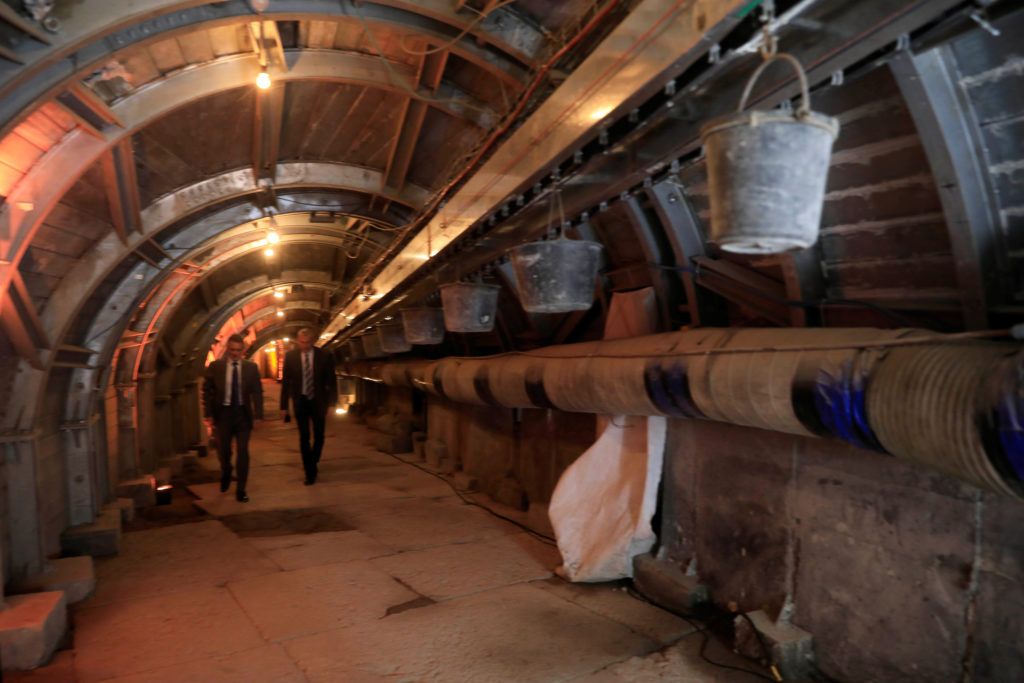 People walk inside an ancient tunnel during the opening of an ancient road at the City of David, a popular archaeological and tourist site in the Palestinian neighborhood of Silwan in East Jerusalem June 30, 2019. Tsafrir Abayov/Pool via Reuters

Emek Shaveh, an organization opposed to the politicization of archaeology in the Israeli-Palestinian conflict, noted the lack of scientific publications on the subject and questioned the City of David’s methodology. It said the project isolates a specific historical period and “does not enable us to establish with certainty when the road was built and how it fit into the layout of the city of Jerusalem.”

In a statement on Twitter, Greenblatt dismissed the criticism as “ludicrous.”

“We can’t ‘Judaize’ what history/archeology show,” he wrote. “We can acknowledge it & you can stop pretending it isn’t true! Peace can only be built on truth.”

The clashes in Issawiya erupted last Thursday following the shooting death of a Palestinian man by Israeli police.

Residents say police have stepped up their presence in Issawiya for several weeks and that demonstrators were protesting police violence when 20-year-old Mohammed Obeid was shot.

Police say he hurled fireworks at officers and presented a lethal threat. But residents accuse police of using excessive force and shooting Obeid from close range.

Mohammed Abu Homus, a community leader, said the family was demanding an autopsy. The family has also asked a court to order the release of Obeid’s body. Israeli authorities sometimes hold bodies of Palestinians, fearing the funerals will turn violent.