JUBA, South Sudan — With the deadly Ebola outbreak in Congo now an international emergency , neighboring South Sudan and its war-weakened health system is a major concern, especially after one case was confirmed near its border. Health experts say there is an urgent need to increase prevention efforts.

The World Health Organization on Wednesday made the emergency declaration for the year-old outbreak, a rare move that usually leads to more global attention and aid. More than 1,600 people have died in what has become the second-worst Ebola outbreak in history.

Health experts worry about what would happen if Ebola reaches South Sudan as the shattered nation tries to recover from a five-year civil war that killed nearly 400,000 people and displaced millions. Many health facilities were badly damaged or destroyed, and unrest continues in parts of the country despite a fragile peace dealsigned in September.

Last month a 41-year-old woman was discovered with Ebola in northeastern Congo, just 70 kilometers (43 miles) from South Sudan. She had traveled 500 kilometers from Beni, the epicenter of the outbreak, despite having been exposed to the virus and warned not to travel.

South Sudan has sent a health team to strengthen surveillance at one of its busiest border posts, Kaya in Central Equatoria state, near where the woman’s case was confirmed. Hers was the closest confirmed case to South Sudan since this outbreak was declared.

“The risk of cases of Ebola coming across the border into South Sudan is very high,” said Sudhir Bunga, South Sudan country director for the Centers for Disease Control and Prevention. “A person who comes into contact with a confirmed case of Ebola in (Congo) could travel to South Sudan, or any neighboring country, undetected during the 21-day incubation period and spread the disease once contagious.” 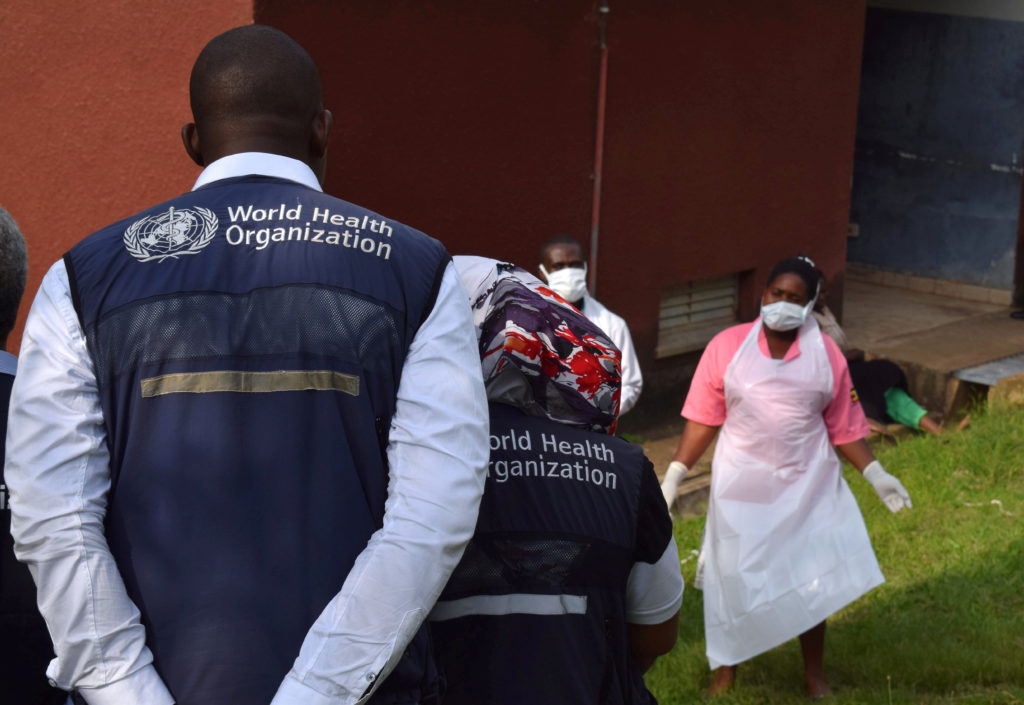 That recently happened in neighboring Uganda, a more stable country with a more developed health system and experience with past Ebola outbreaks, as millions of people flow across borders in the densely populated region. Three people died in Uganda before other family members were taken back to Congo for treatment and Ugandan officials quickly declared the country was again free of the disease.

Ebola’s spread into South Sudan would pose more of a challenge.

Even though Ebola preparedness, including vaccinations for some health workers, began several months ago the current phase of the country’s $12 million response plan is just 36% funded, according to a report this month by the country’s health ministry.

Fighting in places such as Central Equatoria has hampered efforts to prepare for Ebola. The United Nations’ migration agency manages 15 screening sites along the border but three others have yet to be established in part because of access challenges.

Many South Sudan communities lack the basic resources to respond to one of the world’s most notorious diseases. The phone network in Central Equatoria is limited, meaning most people cannot call the emergency help line. Many hospitals don’t have staff trained to deal with the virus or the isolation wards needed to control its spread. 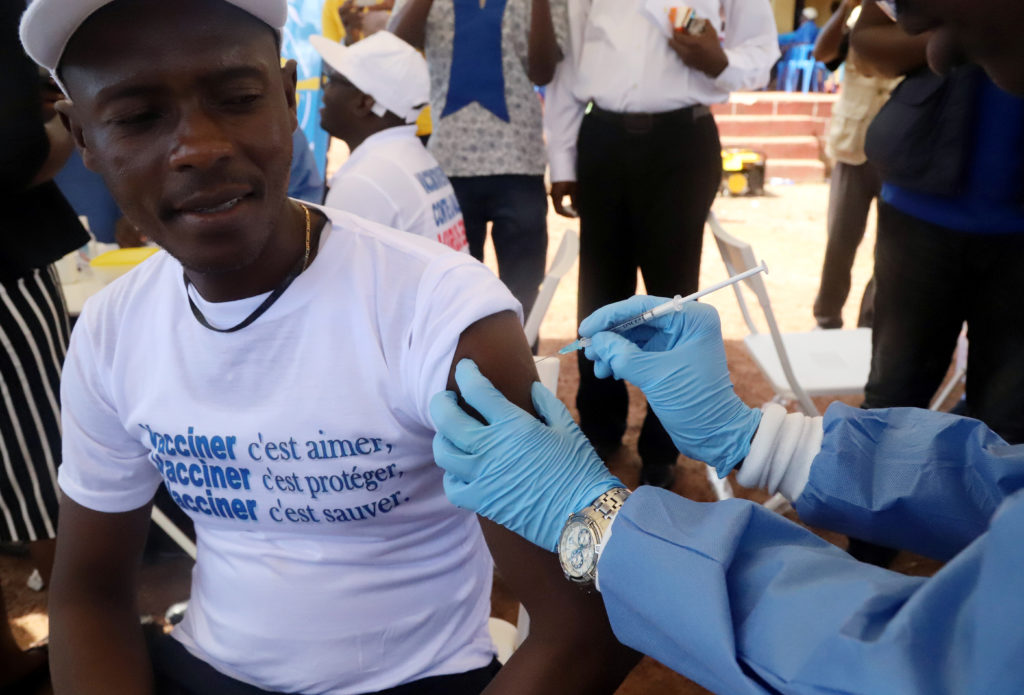 A World Health Organization (WHO) worker administers a vaccination during the launch of a campaign aimed at beating an outbreak of Ebola in the port city of Mbandaka, Democratic Republic of Congo May 21, 2018. Photo by Kenny Katombe/Reuters

The country is about 60% ready to deal with a potential Ebola outbreak, Richard Lako with South Sudan’s national Ebola task force has told The Associated Press.

But he expressed concern about the border: “There are forest areas between communities in South Sudan and the Congo and these people can’t be screened from the other side. It’s a big worry if those people sneak in and we have a case. It’ll take us time to get in and control the issue.”

South Sudan’s prevention efforts include educating communities to dispel myths about Ebola that have posed a major challenge for disease responders in Congo. Health workers in South Sudan’s border towns are going door-to-door trying to inform people, with support from WHO and people who responded to West Africa’s devastating outbreak in 2014-2016 that killed more than 11,000 people.

At one animated training session earlier this year in an army barracks outside Yei, a major city in western South Sudan near the Congo border, two U.N. staffers playfully bumped elbows, showing how to greet others without shaking hands. Ebola is spread via close contact with bodily fluids of those infected.

“Don’t touch each other, don’t play with saliva, yours or someone else’s,” a WHO staffer from Sierra Leone said.

This month diplomats and other officials made a special visit to Yei, one of the hardest-hit cities during South Sudan’s civil war, to observe Ebola preparations.

“It is really the most important place in South Sudan right now,” U.S. Ambassador Thomas Hushek said, according to the U.N. mission in South Sudan. “This is where we are most worried about what might happen.”

Left: A health worker checks the fever of travellers coming across South Sudan's Nimule border town from Uganda on June 19, 2019, following recent deaths from Ebola in Uganda. - Uganda last week reported three cases of the haemorrhagic viral infection, two of them fatal, among people who had been to neighbouring Democratic Republic of Congo (DRC), where an epidemic has been underway since last August. Photo by Akuot Chol/AFP/Getty Images)