Paris, where the ideals of liberty, equality and fraternity meet reality

During my week in Paris, there were signs of both solidarity and suspicion among people that in some ways reminded of the United States after 9/11, but to compare the two would be a disservice to the unique tragedies and the people involved. The attacks in Paris have made way to a period of difficult introspection for Europeans, challenging their ideals of liberty, equality and fraternity with global realities.

The notion of freedom or lack thereof is most easily manifest in the border controls across Europe. Anyone who has left the U.S. knows that there is a clear line that we cross when we exit and return. And between the time the border control agent scans your passport and when you hear the resounding stamp of ink on paper, you get the feeling that someone cared enough to catalog your entry and exit from a place that felt distinct enough that it had something of value to protect, to defend. In our increasingly global surveillance state, there was a record of your movement. For better and for worse, a tiny light behind a wall of computer servers in a secret building probably blinked announcing you.

It’s hard for us Americans to imagine the sheer number of people flowing into the heart of Europe as freely as Americans can travel between states.

The European ideal of Schengen; a 20-year-old agreement between 26 countries that guarantees free flow of travel across the European continent means there are two types of borders. 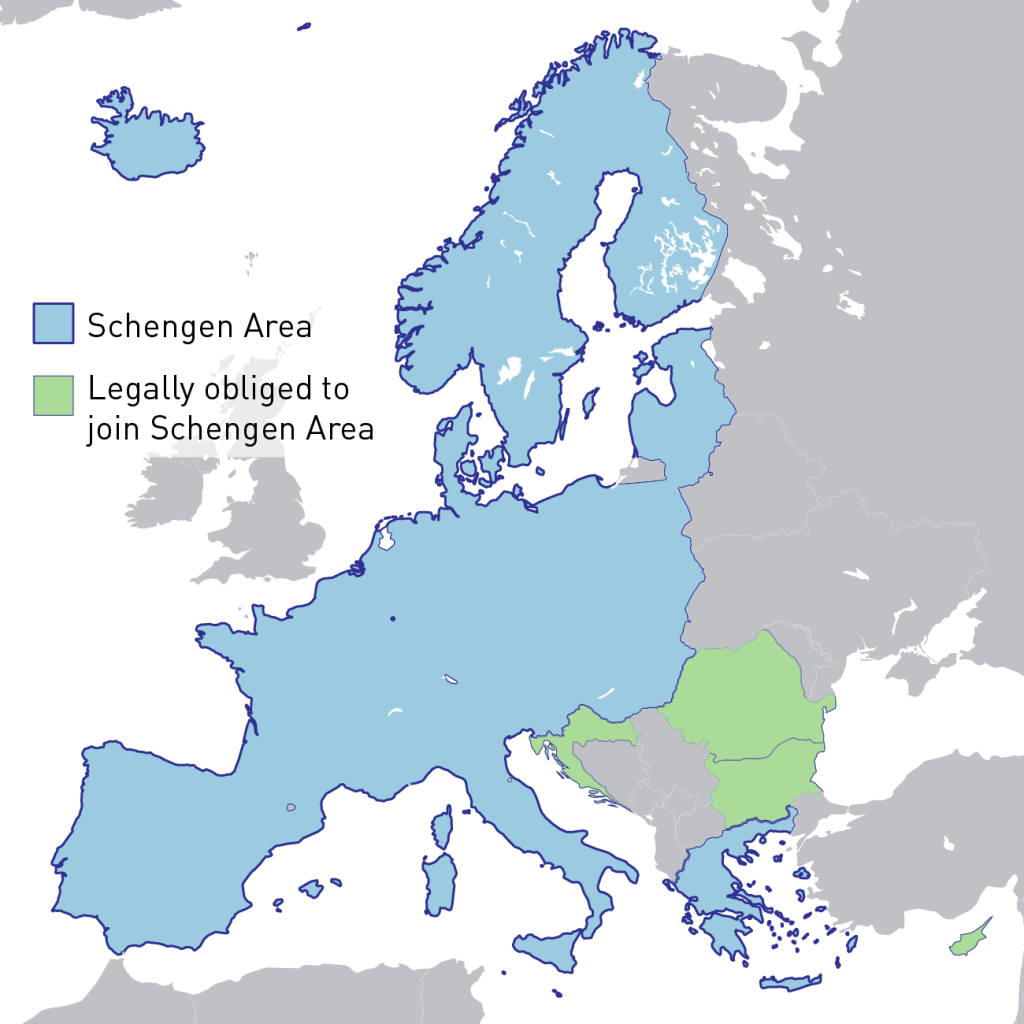 The hard border is at the edge of the collective countries. Inside this area of Europe, flags change stripes and languages change color, but the borders are almost invisible. The free flow of goods, services and people is important for the countries as an economic engine of trade and labor, but it has now become a vulnerability. The liberty of movement is being reassessed.

While both houses of Parliament last week granted the president of France an extension of emergency powers for another 90 days, there are already some who are concerned that in the efforts to thwart terror threats, France may be traversing a slippery slope of giving away some of its liberties of thought.

Police can now place anyone under house arrest if they are deemed a threat to security. They can conduct warrantless searches and seize all data within those searches. They can dissolve any institution for fomenting actions that are deemed a threat to the state and put all members of that group under house arrest. They can also clamp down on websites they think are assisting in a threat.

All these new powers and the ability to raid a suspect’s home come to the police via an administrative judge (who reports through the interior ministry to the executive branch of government). Police say it is temporary, but legal advocates think it undercuts the judicial branch’s role to keep a check on executive power. Will defendants have access to the evidence against them if it is deemed classified by an administrative judge? Is it possible to give up such surveillance rights once you become used to them? Will it become the new normal?

This is a country that allows for freedom of expression, no matter how unpopular it may be. Such freedoms are enjoyed by everyone including the satirical newspaper Charlie Hebdo, whose previous covers put it in the crosshairs of Daesh earlier this year. Their cover this week led to another sold-out run. 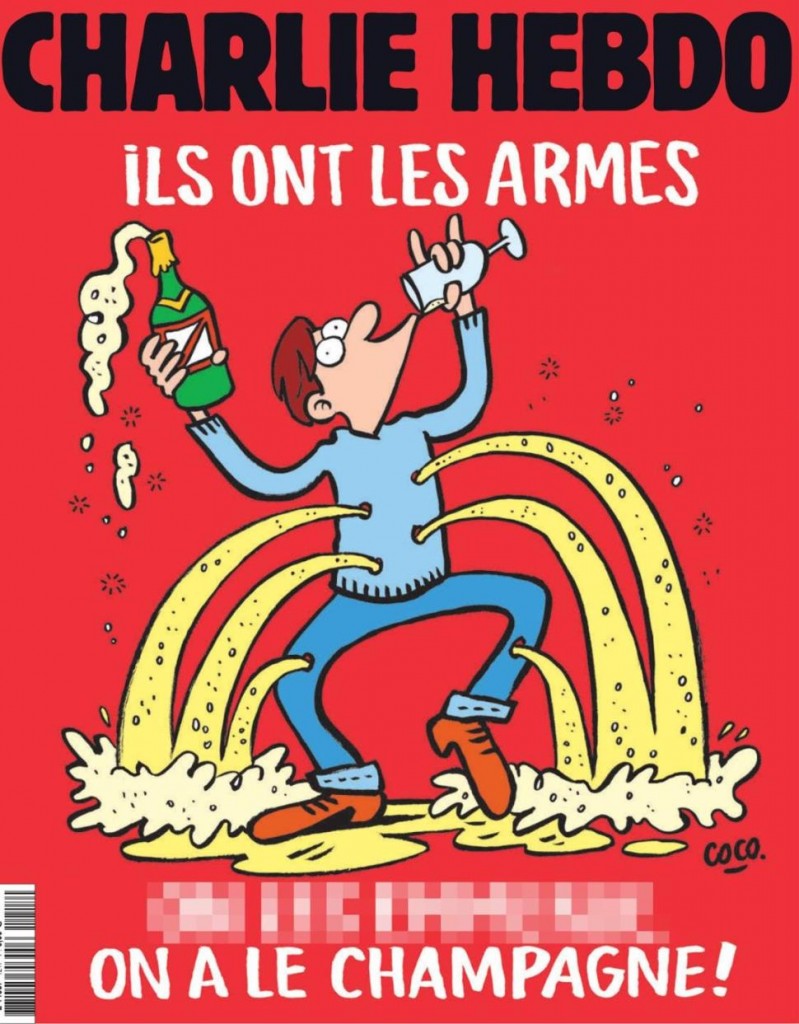 French Satirical magazine Charlie Hebdo released its first edition following Friday’s terror attack in Paris. It reads, ‘They have weapons. F–k them. We have champagne!’ Photo by Ho/AFP/Getty Images

Equality for whom? Those who think similarly, those who look and act the same, those who are fortunate to be born within certain longitudes and latitudes? Implicit is the idea that equality is available for those who follow the laws, which the attackers do not, for those who respect the rights of others, which the attackers do not. While this was not an attack based on economic inequality, it was set against the backdrop of a mass migration of tired and huddled masses who yearn to feel that they are created equal.

There are plenty of reasons people flee; to seek a better life, to feed their families, to have more opportunity. The latter is the one with which we in the U.S. are most familiar. Because frankly we know that other than the first humans who wandered across a land bridge between what are now Alaska and Russia, we’re all either immigrants or descendants of immigrants. But in many parts of the world, there are far more acute causes of migration: from strife and civil wars to environmental devastation leading to local economic collapse.

The West has far fewer people than it does access to energy, technology and capital. For someone from the less developed world, it may as well be an Elysium only reachable in the afterlife or a reflection of reality similar to the sci-fi film of that name with resources beyond their imagination. The American dream, exported by Hollywood, reaches the far corners of the Earth. Thanks to the Internet, it is visible from any smartphone from any corner of the world. Like water that naturally seeks a level, why would these people not seek access to something better, especially if the institutions around them are crumbling or threatening their very lives.

The notions of fraternity are also being challenged. most of the French I spoke with believe the refugees should be be assisted, but often with a caveat of some sort. A senator from an opposition party said perhaps the refugees should be aided closer to the borders they are fleeing, while far right voices conflate the migrants with the terrorists and call for much more surveillance based on religion or birthplace.

The counterweight is this, from a survivor of the Bataclan massacre that correspondent Malcolm Brabant interviewed this week:

She said she was given so much refuge and shelter by her friends and the French for surviving a horrendous event that lasted a few hours, and added, should we not extend that same refuge to people who live in such insecurity day after day? The world was so moved by the image of a little body washing ashore in Greece to say all lives matter. Should those lives stop mattering after this violence? 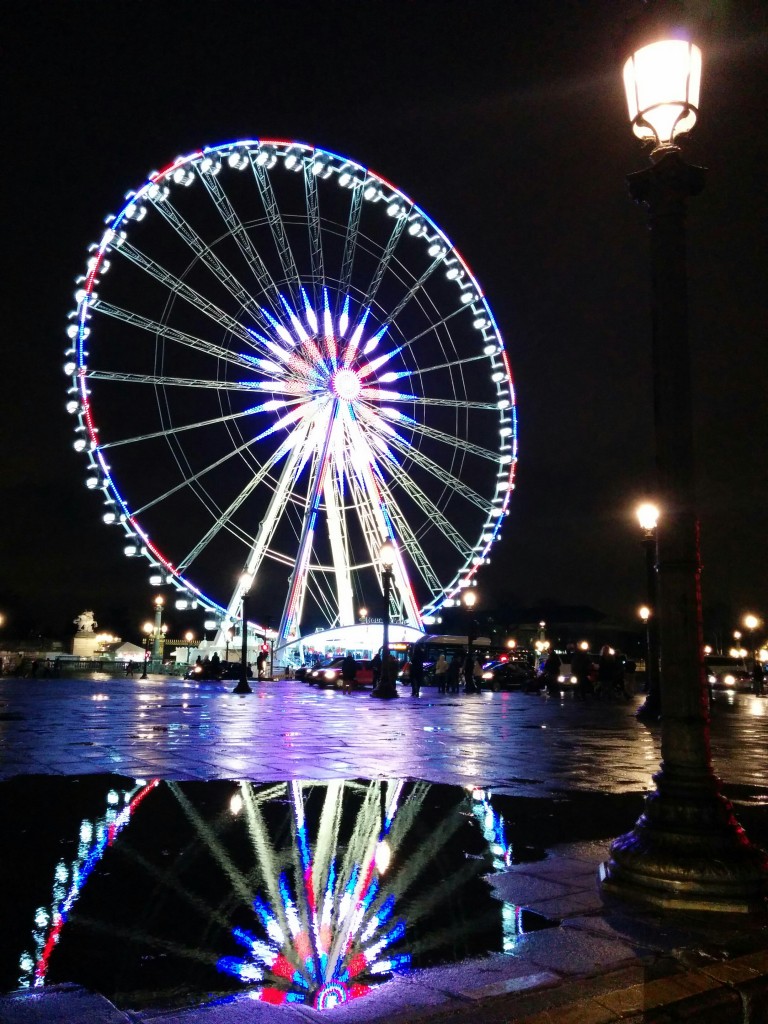 Cycles of violence often perpetuate larger cycles and gather momentum like a snowball rolling downhill. Such violence is hard to slow down or stop, the longer it lasts.

As a response, new emergency powers increase police surveillance and house arrests among a large group of Muslims.

Daesh targets these disaffected youth across social media, reminds them of their second-class status, gives them a newfound sense of belonging to a higher cause, and in so doing, picks up recruits for a future attack. 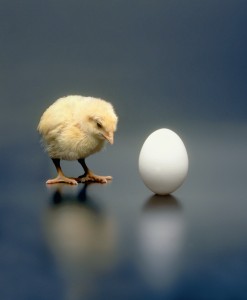 There is another cycle that perpetuates, which is a media critique of where we go to cover the news and why.

The NewsHour, unlike its commercial counterparts commits a great deal of time on stories from far-flung places. I’m fairly positive few outlets are spending as much time on children mining for gold in the Phillipines or clean water in Sudan or an upcoming four-part series from Nigeria. We can do this in part because we are lucky to have such an intelligent audience who craves this information. We don’t give you the updates on the dramatic travails of Hollywood celebrities (though that would be the easiest way to get more clicks). In my opinion, the commercial media are far more sensitive to what sells than we are.

Seven days a week there is no shortage of opportunity for us to bring you updates that would make us look and sound like an international crime blotter, and as deciders of what information to aggregate, amplify and share, there is probably an unhealthy immunity we have built up. If all lives matter, what is the difference between a car bomb that kills a few people in Baghdad versus a bus crash in Bolivia versus a typhoon in Asia? Is there a magic number of dozens or hundreds? how about the millions that die slower deaths every year from malaria or smoke from indoor cookstoves? At some point we are left with the unenviable task of placing value of one over the other. I’m glad people are clamoring for more international coverage in the wake of this tragedy. I hope we can continue to be a trusted source for world news.

My optimism for France comes from perhaps the unlikeliest of places. Paris is a diabetic’s nightmare, with its stunning showrooms for bread and sugar. I wonder if they can use the same prowess of finding incredible balance to make sugar seemingly lighter than air in a Merveilleux or to get the perfect candy shell atop a Saint Honore to craft a balance between security and freedom that will be an inspiration to the rest of us. 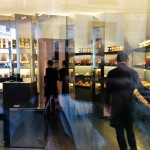 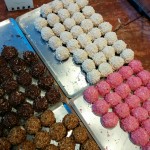 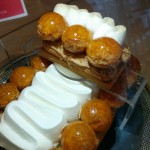 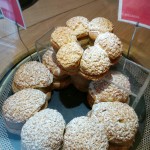 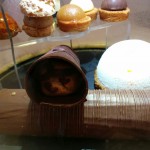 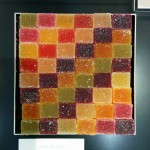 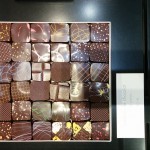 box of chocolates at Jacques Genin. photo by Hari Sreenivasan 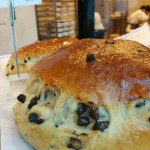 Left: A man attaches a French flag to a statue at Place de la Republique near sites of the deadly attacks in Paris, November 15, 2015. Photo by Pascal Rossignol/Reuters

By Juan A. Lozano, Associated Press

Ranked voting in Maine a go for presidential election

CDC changes, then retracts, web posting on how virus spreads

WATCH LIVE: Your questions about the life and legacy of Ruth Bader Ginsburg, answered