What we know about the New Zealand mosque shootings

Worshippers where attending Friday prayers at two separate mosques in Christchurch, New Zealand, when dozens were gunned down in a mass shooting.

At least 49 people have been killed.

Police say the incident has been designated a terrorist attack.

At least 41 people died at Masjid Al Noor, a mosque on Deans Avenue in Christchurch.

The first attack took place around 1:45 p.m. local time. A witness said he saw a man dressed in black enter the mosque then heard dozens of shots. 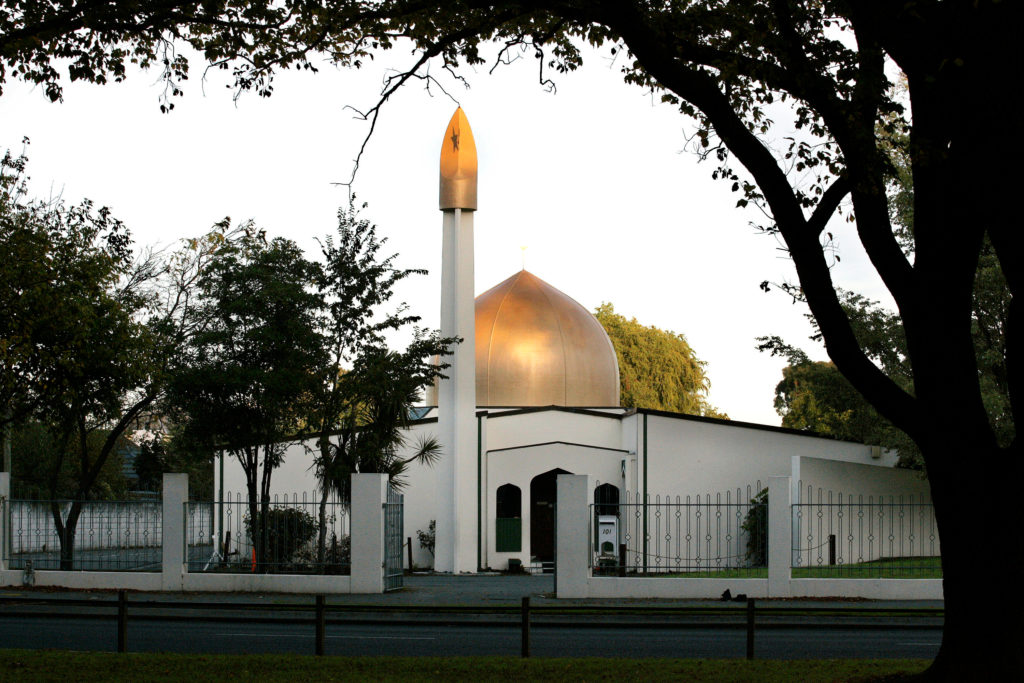 A view of the Al Noor Mosque on Deans Avenue in Christchurch, New Zealand, taken in 2014. Photo by Martin Hunter/SNPA/Reuters

The Associated Press is reporting the shooter livestreamed 17 minutes of the attack on Facebook, capturing the murders in detail. Facebook has since taken the video down.

The video shows the gunman spent more than two minutes in the mosque shooting worshippers. He then walked onto the street and shot at people on the sidewalk before going back into the mosque.

He then left in his car.

There are fewer details about the second attack at the mosque on Linwood Avenue, where seven people were killed.

New Zealand Police said they are unable to provide details about what lead up to the attacks as the investigation is ongoing.

In addition to those who have been killed, New Zealand health officials say they are treating 48 people with gunshot wounds at Christchurch Hospital. The patients range from young children to adults with injuries from minor to critical.

The New Zealand Prime Minister Jacinda Ardern said many of the victims are members of the migrant community, and she condemned the “unprecedented act of violence” that “has no place” in that country.

“New Zealand is their home — they are us,” she said of the immigrant community.

What has happened in Christchurch is an extraordinary act of unprecedented violence. It has no place in New Zealand. Many of those affected will be members of our migrant communities – New Zealand is their home – they are us.

The International Committee of the Red Cross is maintaining a list of people who are missing as well as those who have reported they are safe.

One man has been arrested and charged with murder. Two other people are in custody and police are working to determine whether they were working with the primary gunman.

A fourth person was arrested Friday but was later released. Police said the man was in possession of a firearm but with the intent of assisting police.

The suspected gunman, which media has identified as Australian Brenton Tarrant, used five guns, including two semi-automatic weapons, two shotguns and a lever-action firearm, the New Zealand prime minister said at a press conference. The man had a gun license he acquired in November 2017.

The suspected also published a 74-page “manifesto” that explained his motivations for the attack and his anti-immigrant views. He also referenced far-right extremist Anders Behring Breivik, who killed 77 people in Norway in 2011.

Rifles apparently used in the shootings, as well as a bulletproof vest and ammunition shown in photos the suspect posted on Twitter, are marked with white writing. Some of the writing appears to reference battles with the Ottoman Empire. Another references the Crusades, and others are linked to white supremacist slogans and leaders.

As The Verge reports, the shooter’s methods — including his video, photos and manifesto — seem to be designed to draw attention by spreading rapidly on social media.

Areden said she wanted to make it clear that New Zealand intelligence officers and police “are focused on extremism of every kind” at a time when far-right ideologies are gaining traction.

She said none of the people arrested had criminal histories or were on any watch lists.

Areden said the Australian suspect was living in Dunedin, a seaside city south of Christchurch. He traveled around the world and spent sporadic periods in New Zealand.

Arden ordered law enforcement officials to investigate how he entered the country. She is asking for a review the protocol for firearms, information sharing with Australia and the watch list processes.

New Zealand police are assuring the Christchurch community that they will maintain a large police presence in the area for “the time being.”

“The safety of the community is our priority,” the police said in a tweet.

The mayor of Christchurch is urging people to remain calm.

Arden has also pledged to push for changes to New Zealand’s gun laws.

“I can tell you one thing right now. Our gun laws will change,” she said.

The secretary-general of the world’s largest organization representing Muslim nations, the Organization of International Cooperation, said the attacks should serve as a warning of “the obvious dangers of hate, intolerance and Islamophobia.”

The prime minister of Australia, the country of origin of the suspected shooter, condemned the “violent, extremist, right-wing terrorist attack.” Scott Morrison ordered flags be flown at half-mast out of respect for the victims.

President Donald Trump said on Twitter that his “warmest sympathy and best wishes” go out to the victims who “senselessly” died.

“The U.S. stands by New Zealand for anything we can do. God bless all!” he tweeted.

Pope Francis denounced the killings as “senseless acts of violence” and said he is praying for the victims and their families.

Queen Elizabeth also said she was “saddened by the appalling events in Christchurch” and sent her condolences to the families and friends who lost loved ones.

Left: Members of a family react outside the mosque following a shooting at the Al Noor mosque in Christchurch, New Zealand. Photo by Martin Hunter/SNPA/Reuters