What’s at stake in the UK elections?

As the United Kingdom recovers from a string of terror attacks, the country’s parliamentary elections could determine the course of its Brexit negotiations, trade and economic policy, internal borders and foreign relations.

Prime Minister Theresa May called early elections for June 8, staking her Conservative government on a chance to gain seats in Parliament and strengthen her hand in Brexit negotiations with the European Union. But opinion surveys ahead of the vote showed her main opponent, the Labour Party’s Jeremy Corbyn, gaining traction by advocating a more pro-EU approach and presenting an ambitious platform of health, infrastructure, and other social spending. The United Kingdom has suffered a string of terror attacks in the lead-up to election day, and the candidates have offered competing visions of how to address security, immigration, and foreign policy.

Why did May call this election now?

May took over as prime minister in 2016, after the victory of the Leave campaign in the June 2016 EU referendum led to resignation of Prime Minister David Cameron. Cameron’s resignation sparked a leadership tussle in the governing Conservative Party, which May won. May has argued that to successfully navigate the fraught Brexit talks with the EU she would need a larger majority in Parliament than the seventeen-seat margin she now has.

Another consideration was the UK electoral calendar, which mandated elections be held no later than 2020, shortly after the two-year Brexit negotiations, which officially started in 2017, are due to conclude. By calling elections now, the next election can be postponed until 2022, which analysts say would give her more leeway to make politically difficult decisions in talks with the EU.

The risky decision was an about-face for May, who had originally promised not to hold snap elections. While May’s Conservatives began the campaign season with a twenty-point lead in the polls, the Labour Party under Corbyn has steadily gained ground, raising the prospect that May’s parliamentary majority could be much less than she expected, or even smaller than it is now.

How could the results influence the Brexit process?

Formal withdrawal negotiations are expected to begin after the elections, with EU member states looking to finalize the union’s joint negotiating positions by June 20.

May hoped to be going into these negotiations, for which the EU treaty allots only two years, with a strengthened hand that would bolster her position on a number of issues. She has promised to withdraw the UK from the European Court of Justice and drastically reduce immigration, positions which imply UK withdrawal from the EU Single Market. The fate of the hundreds of thousands of EU citizens residing in the UK is uncertain, as May has refused to guarantee their right to remain unless British citizens in the EU receive similar guarantees. She has also raised the possibility of a “hard Brexit,” in which the UK would leave without first making a new arrangement with the EU, saying that “no deal is better than a bad deal.”

Labour and other opposition parties have taken a softer line. Labour opposed Brexit in the referendum, though Corbyn has said he would honor the result and ruled out a second referendum on the issue. However, Corbyn has said he is open to retaining free movement for EU citizens, guaranteeing the rights of EU residents of the UK, and remaining in the European Court of Justice and other EU programs. The Labour manifesto rules out leaving the EU without a deal on a new framework for trade and other collaboration between Britain and the continent. The pro-EU Liberal Democrats, who lag well behind the two leading parties in polls, want the UK to remain in all EU institutions and to give voters the chance to stay in the union in a second referendum. 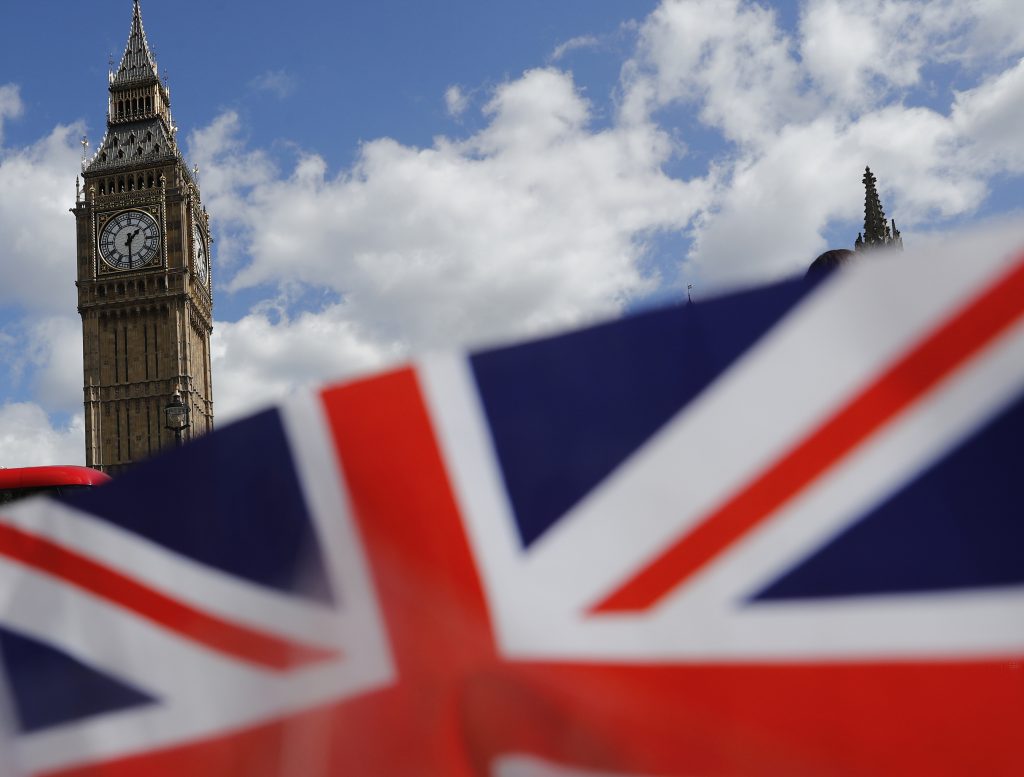 A union flag is seen near the Houses of Parliament in London. Photo by Stefan Wermuth/Reuters

What is at stake for the country’s foreign policy?

Many of the UK’s major foreign policy stances will be affected by the Brexit proceedings and its future relations with the EU. Chief among them is Britain’s security cooperation with other European countries, a topic of increased importance as high-profile terror attacks have proliferated in the UK and across Europe.

The UK belongs to numerous EU programs for common defense, policing, and intelligence sharing, including Europol, the European Arrest Warrant program, and the Schengen Information System, a vast police database. The U.S.-based think tank RAND Corporation warns that a hard Brexit could significantly weaken these efforts and harm both British and European security. For that reason, May wants a special deal that would allow the UK to continue participating in these institutions, but opposition parties say that would be difficult for the EU to accept if the UK leaves the European Court of Justice.

Some observers have also argued that a Corbyn victory could shake up other aspects of UK foreign policy. Labour is in favor of nationalizing major economic sectors and wants stricter banking regulations, which could hamper cooperation with the EU on trade and financial integration. May, meanwhile, has promised sweeping new trade deals and backed the creation of a new trade board to promote UK trade interests.

What could be the consequences for the UK’s borders?

The future of the UK’s borders is also contentious. The Scottish National Party (SNP) has argued that Scotland, with a largely pro-EU population, deserves another referendum on independence, though both the Conservatives and Labour oppose this. Brexit could also unsettle the border between Northern Ireland, which is part of the UK, and the Republic of Ireland, an EU member. Corbyn has not ruled out allowing a potential referendum on Irish reunification, which May strongly opposes.

What have been the arguments of May’s opponents?

Labour’s Corbyn has centered his election pitch on a “new economics” that he argues will relieve the UK’s rising inequality through expanded spending, higher taxes, and a greater state role in the economy. In addition to a more pro-EU approach to Brexit negotiations, Corbyn wants to raise raise tax rates on corporations and high earners; spend $320 billion on infrastructure stimulus; renationalize some public services, such as the rail system and the energy grid; and sharply increase public spending on the National Health Service. A survey of leading British economists conducted the week before the election found many of them worried that Corbyn’s plans would balloon the national debt. (Many also criticized the Conservatives’ proposals to dramatically restrict immigration.)

Smaller opposition parties, such as the Liberal Democrats and the anti-EU UK Independence Party (UKIP), have focused on their differing visions for Brexit. The Liberal Democrats want to retain the EU status quo and hold a new referendum on British membership. UKIP has positioned itself as a pro-Brexit watchdog, pushing for what it calls “full sovereignty,” including the UK’s total withdrawal from all EU institutions and a reduction of net immigration to zero.

How have recent terror attacks influenced the debate?

A string of deadly attacks in the UK over the past three months, including assaults on Westminster and London bridges in the heart of London and a suicide bombing in Manchester, have turned the focus of the campaign to terrorism and security. Corbyn has criticized May’s record on public security, given her six-year stint as home secretary prior to assuming the premiership, saying that she was responsible for cuts to the British police force. He also said that the UK should have “difficult conversations” about the country’s support for Saudi Arabia and other Gulf states that he accuses of fueling extremism.

For her part, May has said that there is “far too much tolerance of extremism” in British society and criticized the “segregated communities” that she argues allow it to flourish. Conservatives have focused on Corbyn’s past statements in favor of cutting military spending, sympathizing with the Irish Republican Army, and abolishing the NATO alliance. However, polling by the European research firm Ipsos ahead of the election found that British voters’ top concern by a wide margin was health care, followed by terrorism and immigration.

This backgrounder first appeared on June 7 on the Council on Foreign Relations’ website.