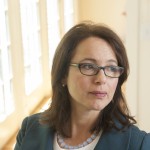 Why the Islamic State hates France

It is hard to understand the purpose of the Islamic State’s attack in France without understanding that it is both a totalitarian proto-state that controls territory, as well as a global terrorist organization. The Islamic State has both short-term goals, to run the state, and longer-term goals, which include provoking anti-Muslim sentiment and goading the West into a final battle in Syria. The Paris attack would seem to further only the latter.

The ISIS proto-state represents a marriage of Salafi jihadists and highly-trained Baathist military and intelligence personnel, the very same Baathist personnel that the U.S. fired from their posts in 2003. The proto-state capitalizes on Sunni Arab disenfranchisement in Syria and Iraq and thrives in the chaos caused by civil war in Syria. The State earns revenues not only by selling oil, but also by “taxing” people who are trapped in the territory it controls. It also taxes the export of antiquities, and most importantly, refugee flows. Although the Islamic State has denounced the refugees leaving Iraq and Syria as traitors, it is also making money from their duress. 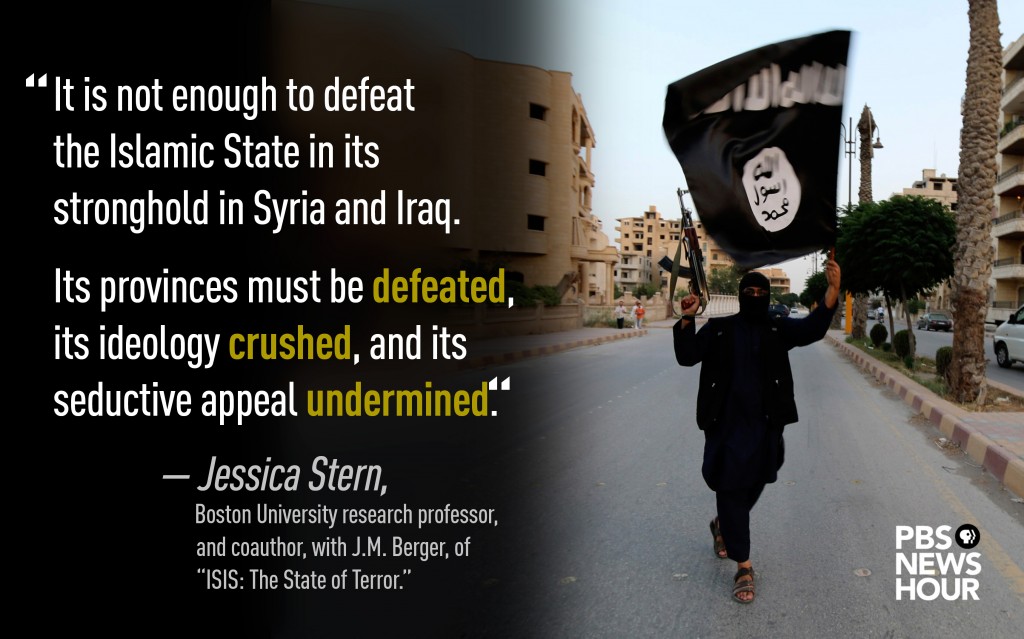 At the same time, the Islamic State is also a cult with global terrorist ambitions. A number of existing terrorist organizations have pledged allegiance and become “wilayat” or provinces of the Islamic State, among them the Sinai Province in Egypt; Barqa, Tripoli, and Fezzan Provinces in Libya; Khorasan Province in Afghanistan and Pakistan; and Boko Haram’s West Africa Province in Nigeria. We can expect provinces to continue to spread into lawless or poorly governed areas. Volunteers are coming to the Islamic State by the tens of thousands, enticed by the chance to live in the only “place” on the face of the Earth where the Shari’ah of Allah is implemented and the rule is entirely for Allah,” as well as the promise of sex, violence and money. Many of them will end up serving as cannon fodder. While many experts focus on the Islamic State’s narrative of victory, I see a narrative of overcoming humiliation, and a chance to recover lost dignity. This narrative is meant to appeal to all the world’s oppressed.

A principle source of the threat to the West is that the Islamic State and its Salafi jihadi ideology have metastasized into the banlieues of Europe. It appeals, in Islamic State’s words, to the people “drowning in oceans of disgrace, being nursed on the milk of humiliation, and being ruled by the vilest of all people.” To those oppressed, the Islamic State promises the chance “to remove the garments of dishonor, and shake off the dust of humiliation and disgrace, for the era of lamenting and moaning has gone and the dawn of honor has emerged anew. The sun of jihad has risen.” 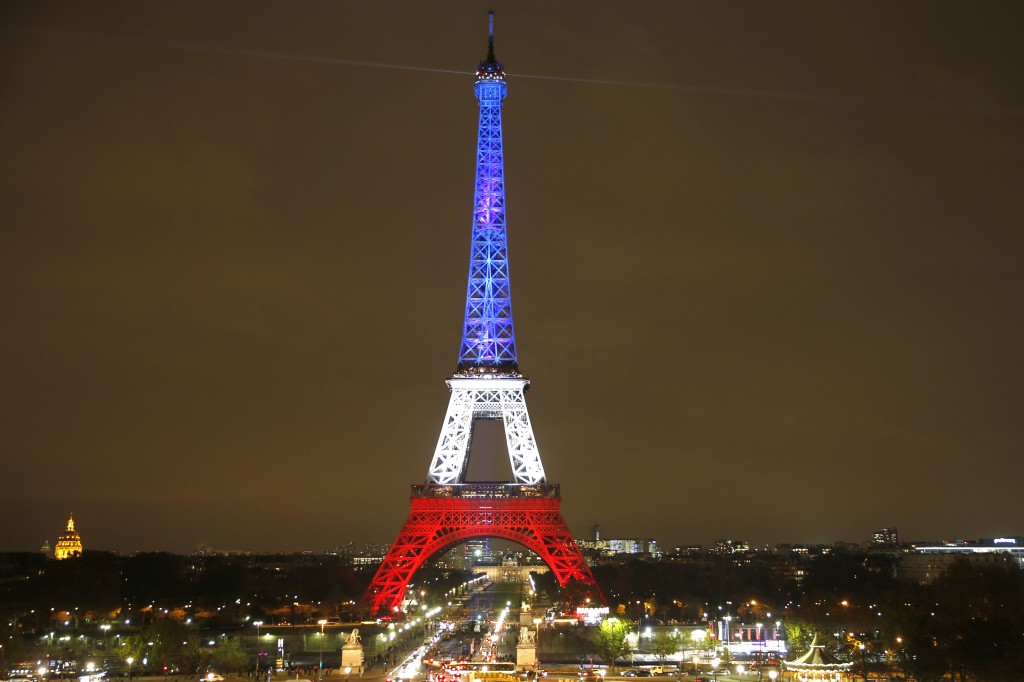 The Eiffel Tower lit with the colors of the French flag in Paris, France on November 16 to pay tribute to the victims of Friday’s deadly attacks. Photo by Charles Platiau/Reuters

Why France in particular? Salafi jihadists are enraged by France: According to the Summer 2015 issue of al-Qaida’s English-language magazine “Inspire,” “It is France that has committed crimes in Mali and the Islamic Maghreb. It is France that supports the annihilation of Muslims in Central Africa in the name of race cleansing. They are the party of Satan, the enemies of Allah the Almighty and the enemies of His Prophets – peace be upon them.” France was a colonial power. There are 4.7 million Muslims living in France, many of them in poverty. An estimated 1,550 French citizens have left for Syria or Iraq; and some 11,400 citizens have been identified as radical Islamists by French surveillance data. Salafi jihadists also consider France to be especially corrupt.

Until now, we have mostly seen relatively unsophisticated self-starters in the West, inspired by the Islamic State ideology but not directed by its leadership. But it was only a matter of time before the Islamic State would be able to coordinate attacks outside its territory. To do so requires not only trained labor and weaponry, but most importantly intelligence and counter-intelligence, the latter greatly enhanced by a Snowden-inspired anti-surveillance mood. We are likely to see Islamic State-trained operatives working together with local personnel, who know the targeted city or facility. Over time, we will likely see more use of insiders, as we may have seen in the explosion of the Russian airliner on October 31.

“With the Paris attack, it appears to be following the recommendations spelled out in the jihadi text, ‘The Management of Savagery,’ which outlines a specific psychological campaign designed to provoke enemies into the same simplistic thinking that dominates jihadist thought.”

Carrying out such attacks invites a devastating counterattack on the Islamic State. These attacks do not further the interests of the totalitarian state. But the Islamic State has multiple, contradictory goals. With the Paris attack, it appears to be following the recommendations spelled out in the jihadi text, “The Management of Savagery,” which outlines a specific psychological campaign designed to provoke enemies into the same simplistic thinking that dominates jihadist thought. The growing anti-Muslim sentiment in France would thus be one of the goals of the attack.

Written in 2004, the 113-page tract was attributed to an al-Qaida division devoted to research and analysis. It had been posted online to one of the earliest jihadist Internet forums, known as al Ekhlas, which is now defunct. It was translated into English in 2006 by noted scholar of political Islam Will McCants.

“The Management of Savagery” was a compilation of lessons learned from previous jihadist failures, as well as an advancement in thinking about the movement’s future direction. It outlined stages of the jihadist struggle including:

The manual recommended drawing the United States into a continual series of conflicts in the Middle East to destroy its image of invincibility, and it also endorsed an embrace and wide broadcast of unvarnished violence as a tool to motivate would-be recruits and demoralize enemies.

Thus, in addition to controlling territory, the Islamic State also aims to sow chaos, to turn Muslims against one another, to incite internal divisions in the West and turn the West against Islam.

Thus, in addition to controlling territory, the Islamic State also aims to sow chaos, to turn Muslims against one another, to incite internal divisions in the West and turn the West against Islam. These long-term goals – which culminate in an anticipated apocalyptic battle – contradict those of running the State. It is possible that those who carried out the Paris attack may have gone further than the Islamic State’s “caliph,” Abu Bakr-al Baghdadi, would have wished.

How should we respond?

With enough will, and enough ground forces, we can defeat the Islamic State on the territory it controls. It would require a massive infusion of military might, but the West certainly has the means. Many of the millions of people living under the Islamic State’s totalitarian rule do not wish to be there, and we’d have to be willing to live with their blood on our hands. Still, many would argue that the stakes are so high that the “merciless” war that French President Francois Hollande has called for is the right approach.

For example, Roger Cohen has argued quite persuasively that the attacks in Paris prove that the only objective commensurate with the threat is the elimination of the Islamic State’s stronghold in Syria and Iraq. “A certain quality of evil cannot be allowed physical terrain on which to breed,” he says, and he is right. Unlike previous totalitarian regimes, the Islamic State flaunts its evil with grisly images calculated to terrorize. It seduces vulnerable youth with a wide array of promises, catering to eclectic fantasies and needs – the opportunity to recover lost honor, to help those in need, to rape and kill with impunity, to purify the world and reinvent themselves. Crushing the Islamic State would surely serve the interests of justice.

A downside to this approach is that it would be a temporary fix. Defeating the Islamic State in Syria would require ending the civil war there; a tall order indeed. The 2007 “surge” in Iraq resulted in a temporary rout of the predecessor organization to the Islamic State. A number of generals warned before the surge that we would need to occupy Iraq for three decades to create a viable state. Even if we were prepared to occupy Iraq and Syria for the next 30 years, there is no guarantee of success. And if there is anything we ought to have learned from our mistakes in both Iraq and Libya, it is that a failed state riven by sectarian tensions may well be the worst of all possible outcomes.

Moreover, it is not enough to defeat the Islamic State in its stronghold in Syria and Iraq. Its provinces must be defeated, its ideology crushed, and its seductive appeal undermined. Western recruits are the principal threat to the West, at least for now. A massive attack, which would inevitably involve civilian casualties, could well increase their number.

What options are left to us? The unsatisfying answer is that we need to continue what we’re doing, but do a lot more of it and do it better.

What options are left to us? The unsatisfying answer is that we need to continue what we’re doing, but do a lot more of it and do it better. That includes working with our allies to cut off the flows of foreign fighters and funding, continuing airstrikes, and deploying special forces against high-value targets. Our Arab allies, who are far more threatened by the Islamic State, need to step up to the plate militarily. We need to rethink our opposition to surveillance, a critically important counter-terrorism tool. We also need to get a lot better at undermining the Islamic State’s claim that it is offering a “five-star jihad,” and that the West is at war with Islam. Many former members have come back horrified by the brutality and corruption that they witnessed. We need to find a way for them to tell their stories to vulnerable youth.

The bottom line is this: Terrorism is psychological warfare. It has been used by the weak against the strong for millennia. Among its multiple objectives is to make its victims overreact. We want to wage war to banish the feeling of being unjustly attacked or unable to protect the blameless. We want to wage war on evil. But sometimes the effect of our reaction is precisely that which we aimed to thwart — more terrorists and more attacks, spread more broadly around the world. This is the paradox of counter-terrorism — the military strategies required to defeat the threat today often bring more terrorism tomorrow.

This essay is an expanded version of one that appeared in Politico and is based on “ISIS: The State of Terror”, written by Jessica Stern and J.M. Berger.

Left: People hold hands to form a human solidarity chain near the site of the attack at the Bataclan concert hall on November 15, in Paris. Photo by Pascal Rossignol and Reuters

Jessica Stern, research professor at Boston University’s Pardee School of Global Studies, and coauthor, with J.M. Berger, of “ISIS: The State of Terror.”