It’s not easy being a for-profit organization these days.

Take the National Basketball Association. It found itself in a tricky situation in its second-largest market after Houston Rockets general manager Daryl Morey on Oct. 4 tweeted his solidarity with pro-democracy protesters in Hong Kong. This naturally angered China, which led the NBA to label his comment “inappropriate” in the Chinese version of its statement. The Rockets’ owner then made clear that the team is “not a political organization.”

That was followed by another backlash, this time from fans, celebrities and media in the U.S. In fact, it produced a rare moment of political consensus, as both Republican and Democratic leaders piled on to shame the NBA for its kowtowing. As a result, the NBA commissioner on Oct. 8 issued a statement reasserting the organization’s intent to stand by its values of diversity and support for free speech.

Both Apple and Blizzard Entertainment also found themselves in similar quandaries with China over the Hong Kong protests in recent days.

As a scholar of corporate strategy and social positioning, I believe that the NBA’s bind illustrates the important tension modern companies face between geographic expansion and political advocacy.

The NBA, called the “world’s wokest professional sports league,” has been applauded as a champion for social justice.

It notably backed its stars who expressed support for Black Lives Matter, in contrast to the harsh reprisals that met NFL players who stood with the movement by kneeling last season.

In the past, the organization has also pushed back against markets that threatened its values. In 2016, for example, the league responded to North Carolina’s passage of a law that would restrict transgender individuals’ access to identity-conforming bathrooms by pulling its All-Star game from the city of Charlotte. In doing this, it stated that its “activities [are] intended to be a global celebration of basketball, our league, and the values for which we stand.”

The league’s action sent a powerful message: As an organization whose activities are an authentic manifestation of core values, it couldn’t in good conscious host its event in a political climate that was so overtly opposed to those values. 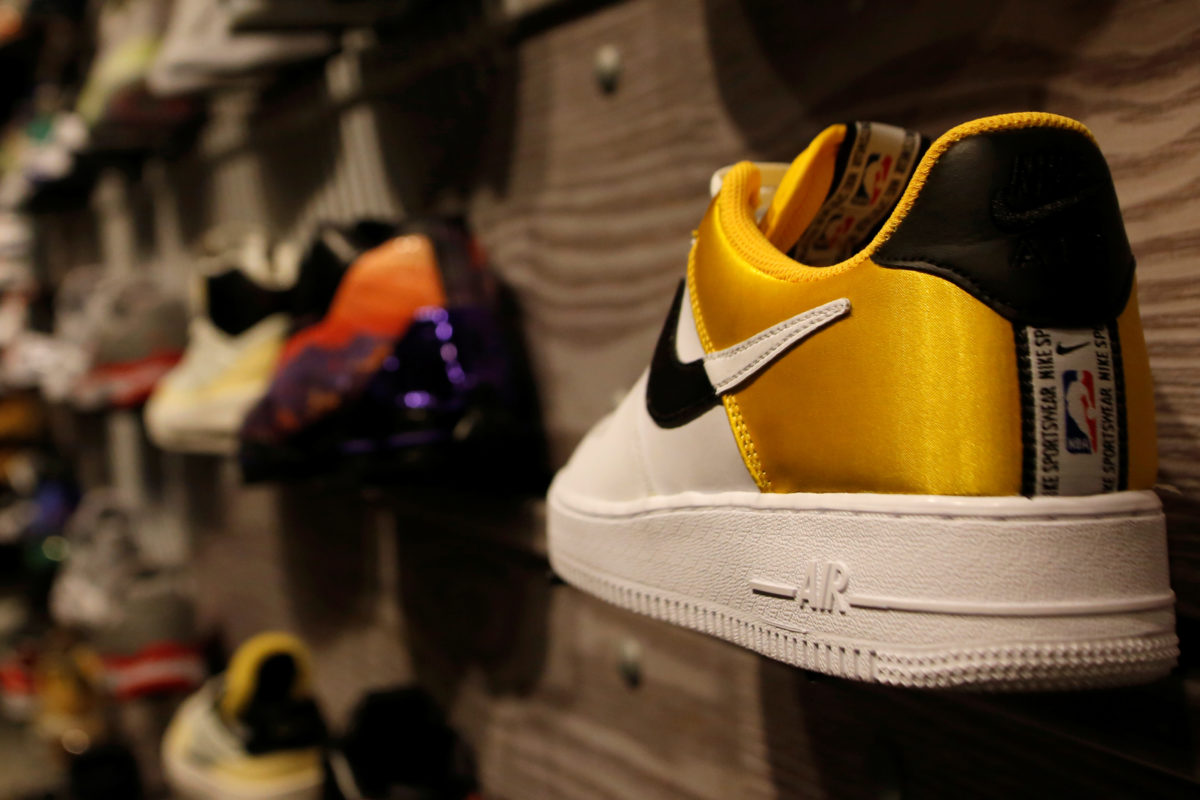 A pair of Nike’s Air Force shoes with a NBA logo are seen display at a Nike store in Beijing, China October 10, 2019. Photo by Tingshu Wang/Reuters.

The NBA’s recent run-in with China, however, shows there may be limits to how far it will go to stand up for these values.

That’s because the Chinese market represents an incredible opportunity for NBA to grow its consumer base abroad. Its Chinese operations are presently worth more than US$4 billion.

The episode illustrates the difficulty of expanding abroad while adhering to social and political values. Both offer potential profits and pitfalls.

Geographic expansion is one of the most favored strategies for a business to grow. It allows a business to continue to squeeze additional value out of its proven products by simply tapping into new pools of consumers.

Companies are also feeling the pressure to stake a position on political and other issues in an increasingly polarized environment. The rise of consumer consciousness means that modern consumers tend to search for – and pay a premium for – products peddled by companies that share their values.

This means that another easy tool for growing profits is to define and declare a set of social values: to be a brand that stands for something. More and more companies are doing just that. For example, in 2015, hundreds of companies urged the Supreme Court to recognize gay marriage as a constitutional right. Just this year, hundreds more signed an open letter opposing a wave of legislation aiming to restrict women’s reproductive rights.

Research shows that when people believe that a company shares their values, they reward it generously. Consumers are more excited to buy its products. Employees will be more engaged and demand less compensation.

But once people begin to think that a company’s social engagement is driven by profit-seeking rather than moral motives, all of the benefits of social engagement go away. My own research demonstrates that people are especially averse to hypocrisy, which can lead to increased turnover, punitive reactions and attacks from activists. 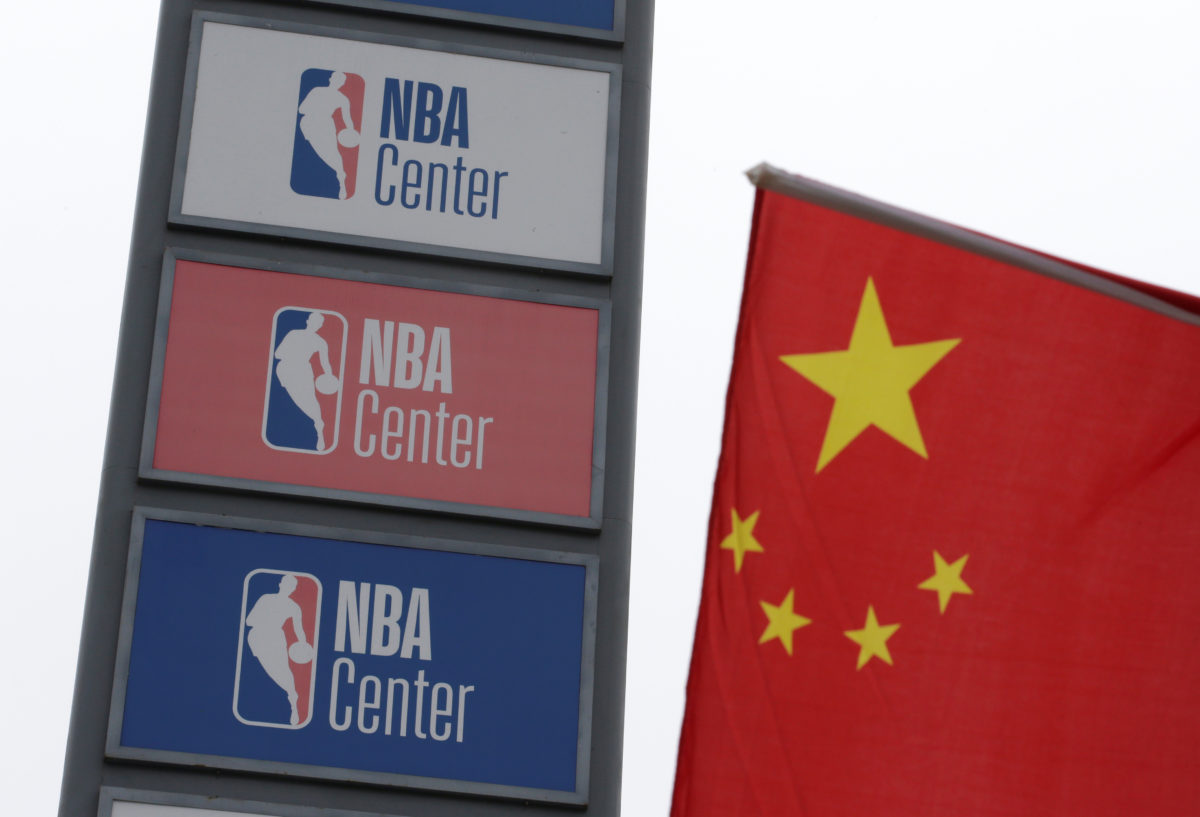 NBA logos are seen next to a Chinese national flag outside a NBA-themed lifestyle complex on the outskirts of Tianjin, China, October 10, 2019. Photo by Jason Lee/Reuters.

Lessons from the NBA

It is easy for companies to stay true to their values in their home communities, where people tend to be like-minded.

As they expand geographically, however, they will eventually be enticed to explore markets where their values are less well aligned. In the extreme case, the price of entry to an attractive market that does not share a company’s values is compromising those very values.

What leaders must recognize is that decisions that pit a potential opportunity to profit against an opportunity to stay true to their core values are the ones that define or defile their authenticity. Any gains to be won from bending to gatekeepers in a misaligned market must be balanced with the reputational losses that will be suffered at home among longstanding stakeholders.

In my view, the NBA’s reputation as a “woke” enterprise is in tatters. Let this be a lesson to other companies that are struggling to stake political positions while expanding geographically. Companies should be wary of taking a position that they are not prepared to stand up for when it costs them – and ought to think twice about entering markets where their values don’t resonate.

Mary-Hunter McDonnell is a Clarence Nickman assistant professor of management at the University of Pennsylvania.