Women and children among dozens killed in Pakistan park bombing

At least 65 people, many of them women and children, were killed by an explosion that ripped through a public park in the eastern city of Lahore in Pakistan on Sunday evening, set off just a few feet from a set of swings.

Around 280 people were also injured in the suicide bombing, Reuters reported.

“It was a soft target. Innocent women and children and visitors from other cities have been targeted,” Haider Ashraf, a senior police official, told reporters. “Apparently, it seems like a suicide attack.”

The Pakistani Taliban faction Jamaat-ul-Ahrar later claimed responsibility for the attack, which was apparently aimed at Christians celebrating the Easter holiday. 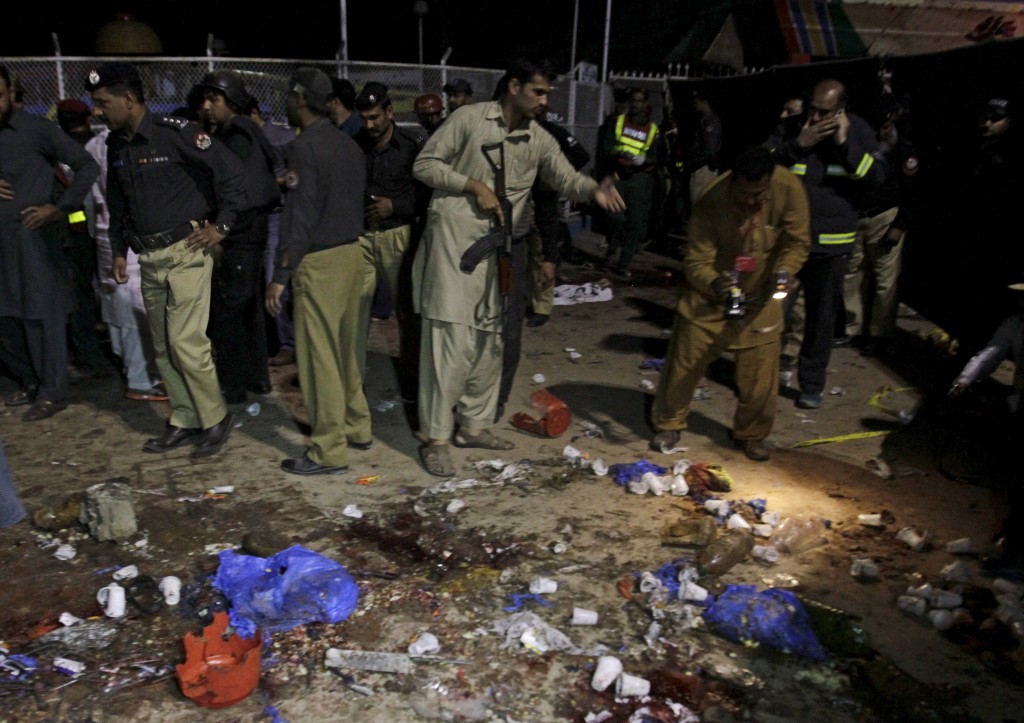 Security officials gather at the site of a blast outside a public park in Lahore, Pakistan, March 27, 2016. Photo by Mohsin Raza/Reuters

“The target were Christians,” said Ehsanullah Ehsan, a spokesman for the faction. “We want to send this message to Prime Minister Nawaz Sharif that we have entered Lahore. He can do what he wants but he won’t be able to stop us. Our suicide bombers will continue these attacks.”

Eyewitnesses described a horrific scene in Gulshan-e-Iqbal Park. Photos from the blast site showed blood, personal effects and bits of clothing strewn across the parking lot.

“The flames were so high they reached above the trees and I saw bodies flying in the air,” resident Hasan Imran told Reuters.

Many families were leaving the park when the explosion occurred. 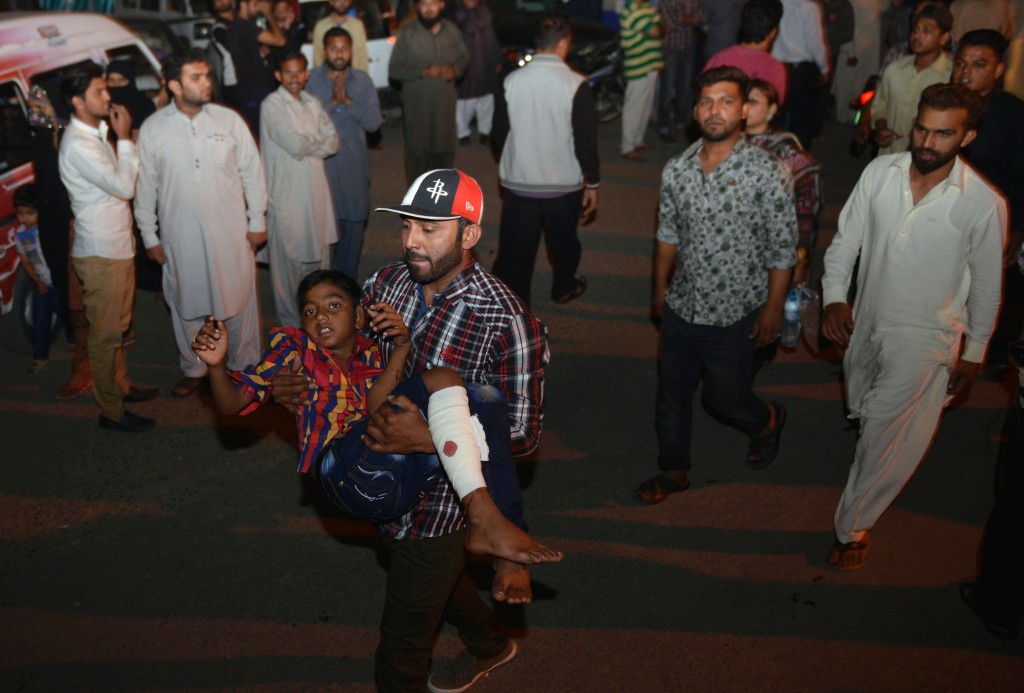 A Pakistani relative carries an injured child to the hospital in Lahore on March 27, 2016. Photo by Arif Ali/AFP/Getty Images

In a press release, the White House condemned “in the strongest terms” what it called an “appalling terrorist attack in Lahore.”

“This cowardly act in what has long been a scenic and placid park has killed dozens of innocent civilians and left scores injured,” National Security Council Spokesperson Ned Price said. “We send our deepest condolences to the loved ones of those killed, just as our thoughts and prayers are with the many injured in the explosion.”

On Twitter, the U.S. Department of State urged American citizens in Lahore to either check in on social media or to call family with their whereabouts following the attack.

This story will be updated as more information becomes available.

Left: Pakistani women mourn the death of relatives after a bomb blast in Lahore on March 27, 2016. Photo by Arif Ali/AFP/Getty Images