Experts defuse WWII bomb in Frankfurt after 60,000 ordered to evacuate

Bomb experts successfully defused a World War II-era bomb in Frankfurt, Germany, on Sunday after police directed some 60,000 residents living within about a mile of it to leave their homes in advance.

Construction workers found the British bomb, which weighed around 1.8 tons, on Tuesday in the neighborhood that is now regarded as the German financial capital, according to the Associated Press. The Royal Air Force dropped the bomb during the war, and on Sunday, it prompted the largest evacuation the country has seen in the 72 years since then.

Some residents resisted the evacuation order, causing bomb experts’ defusing of the live weapon to be delayed, even as Frankfurt police and fire officials warned that they would evacuate the area by force if necessary. The fire chief had projected that if the bomb exploded outside of a controlled circumstance, an entire block could have been obliterated, according to Reuters. 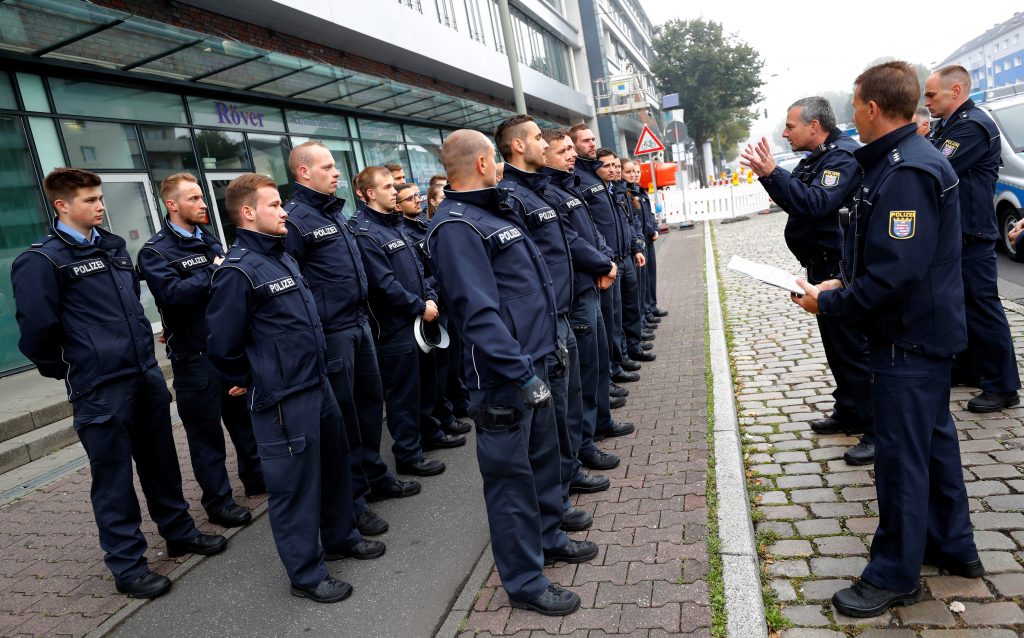 Police officers get their instructions as 60,000 people in Germany’s financial capital are about to evacuate the city while experts defuse an unexploded British World War Two bomb found during renovations on the university’s campus in Frankfurt, Germany, September 3, 2017. Photo by Kai Pfaffenbach/Reuters

Every year, German officials discover more than 2,000 tons of unexploded bombs. This past July, kindergarten teachers in the city of Darmstadt found another World War II-era live bomb in the school, prompting the building to be evacuated, according to Reuters.

READ NEXT: Mitsubishi apologizes for using American POWs as laborers in WWII

Sunday’s evacuation followed one in the city of Koblenz on Saturday, in which 21,000 people were ordered to clear the area so bomb technicians could dismantle a 1,100-pound U.S. bomb, according to the Associated Press.

Editor’s note: An earlier version of this headline misspelled “defuse” as “diffuse.” It has been corrected.

Bloomberg struggles to respond to politics of #MeToo era

By David A. Lieb, Associated Press