Zimbabwe President Robert Mugabe, who has led the country since its independence from Britain in 1980, refused to resign on Sunday despite a military coup and his party’s threat to impeach him in Parliament.

The ruling Zimbabwe African National Union–Patriotic Front party, known as Zanu-PF, had voted Sunday to give Mugabe until Monday at noon to resign, after the military had put him on house arrest for trying to hand his wife the presidency. The party gave him an ultimatum: either resign by Monday or face impeachment.

The announcement by Patrick Chinamasa, the union’s secretary for legal affairs, was met with a standing ovation by committee members, while people danced in the streets of Harare, Zimbabwe’s capital.

“Comrade RG Mugabe, be and is hereby recalled from the position of president and first secretary of Zanu-PF, forthwith,” Chinamasa told the members.

But when Mugabe gave his much-anticipated speech Sunday night, he rambled and fumbled his papers, said he met with the nation’s security force command before addressing the nation, and then vowed to stay in power.

“Today’s meeting with the command element has underscored the need for us to collectively start processes that return our nation to normalcy. So that all our people can go about their business unhindered, in an environment of perfect peace and security,” he said. 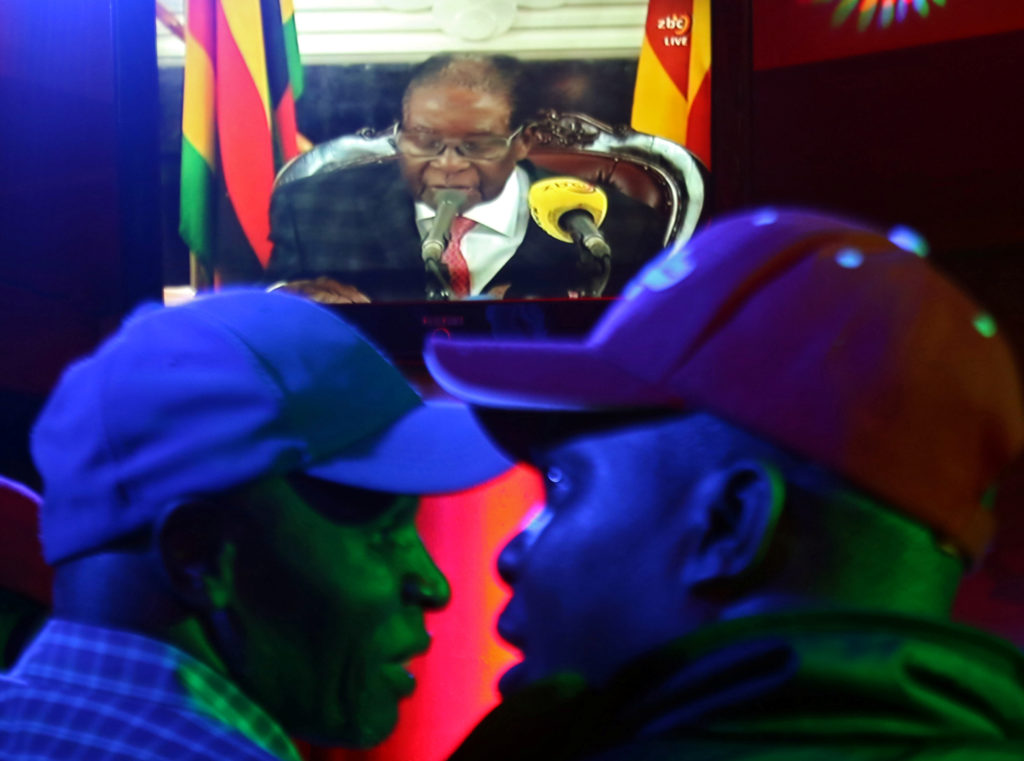 People watch as Zimbabwean President Robert Mugabe addresses the nation on television, at a bar in Harare, Zimbabwe, November 19, 2017. Photo by Philimon Bulawayo/Reuters

Victor Matemadanda, secretary general of the country’s war veterans association, told the Associated Press, “He is playing games with the people of Zimbabwe. He agrees to go and then plays games with us like that at the last minute.”

Since hundreds of senior party members voted for his impeachment, it likely has the numbers to put it to a vote. The party also voted on Sunday to replace Mugabe with former Vice President Emmerson Mnangagwa, who Mugabe fired two weeks ago in a move seen to secure his wife Grace Mugabe as the next president. Grace, who is 40 years younger than Mugabe, was also expelled from the party.

Our statement on today's central committee meeting, in case you missed it: pic.twitter.com/m0x86wmRF1

Mugabe, 93, began his presidency with the reputation of a national hero, that has since deteriorated to a ruthless and failing leader.

In 1983, Mugabe attacked rival nationalist leader Joshua Nkomo’s supporters in what became known as the Matabeleland massacres that killed as many as 20,000 Ndebele people in Zimbabwe’s southern provinces, according to the AP.

During the first round of the 2008 elections, after 28 years in power, he came in second and reacted by provoking another brutal campaign against his opponent, forcing him to pull out of the race, according to the BBC. He swore that “only God” could remove him from office. 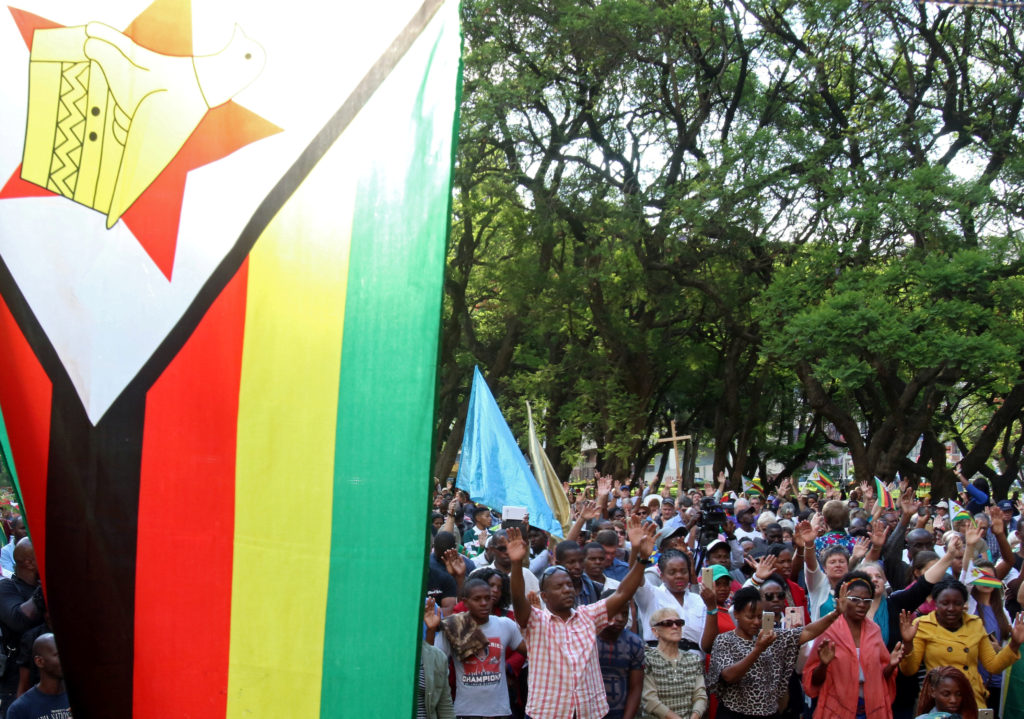 While some still see him as a symbol of the nation’s struggle with colonial oppression, some critics also blamed him for economic decline as the formerly rich country turned into a place where people queue outside the banks to collect enough cash to buy bread.

When he fired Mnangagwa two weeks ago, he lost the support of even his closest, longstanding allies as the military stepped in.

“What Zimbabwe’s been sliding into was a state of chaos. And, for that reason, war veterans here do stand with the Zimbabwe defense forces,” Victor Matemadanda, secretary general of the war veteran’s association.

Zimbabweans told the AP that they were shocked and disappointed with Mugave’s refusal to step down.

“I would be happy for him despite everything he has done to leave with dignity and just walk away,” one said. “He is so stubborn.”