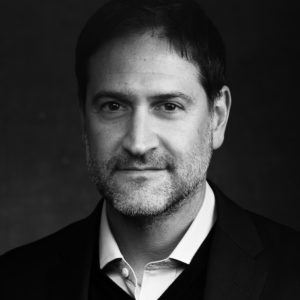 Andrew Metz is FRONTLINE’s managing editor. With executive producer Raney Aronson-Rath, he oversees the editorial mission for FRONTLINE, working with journalists to develop and produce original stories, reviewing reporting for all of FRONTLINE’s programming and managing collaborations with the series’ many journalism partners.

An active voice on editorial standards and practices, Metz has helped FRONTLINE extend its investigative, narrative journalism and values of fairness, depth and transparency beyond documentaries to multiple new platforms, from short-form video and virtual reality to interactive storytelling and podcasts.

The work he has overseen has won every major award in broadcast journalism, including a duPont-Columbia Gold Baton in 2019 for the series’ range of reporting across platforms, as well two Academy Award nominations.

Throughout his career, he has been an award-winning newspaper and television journalist, reporting foreign, national and local stories. Between 2006 and 2013, he worked at the CBS program 60 Minutes, where he was a frequent producer for Lesley Stahl, as well as other correspondents on the broadcast.

Prior to 60 Minutes, Metz spent about a decade at the New York newspaper Newsday, where he reported extensively on the violent conflict between Israel and the Palestinians. He was also a reporter at the Philadelphia Inquirer and the Palm Beach Post. In 2000, he was awarded a Pew/International Reporting Project Fellowship at the Johns Hopkins School of Advanced International Studies, which supported his reporting throughout the Middle East on the role of water in conflict in the region.