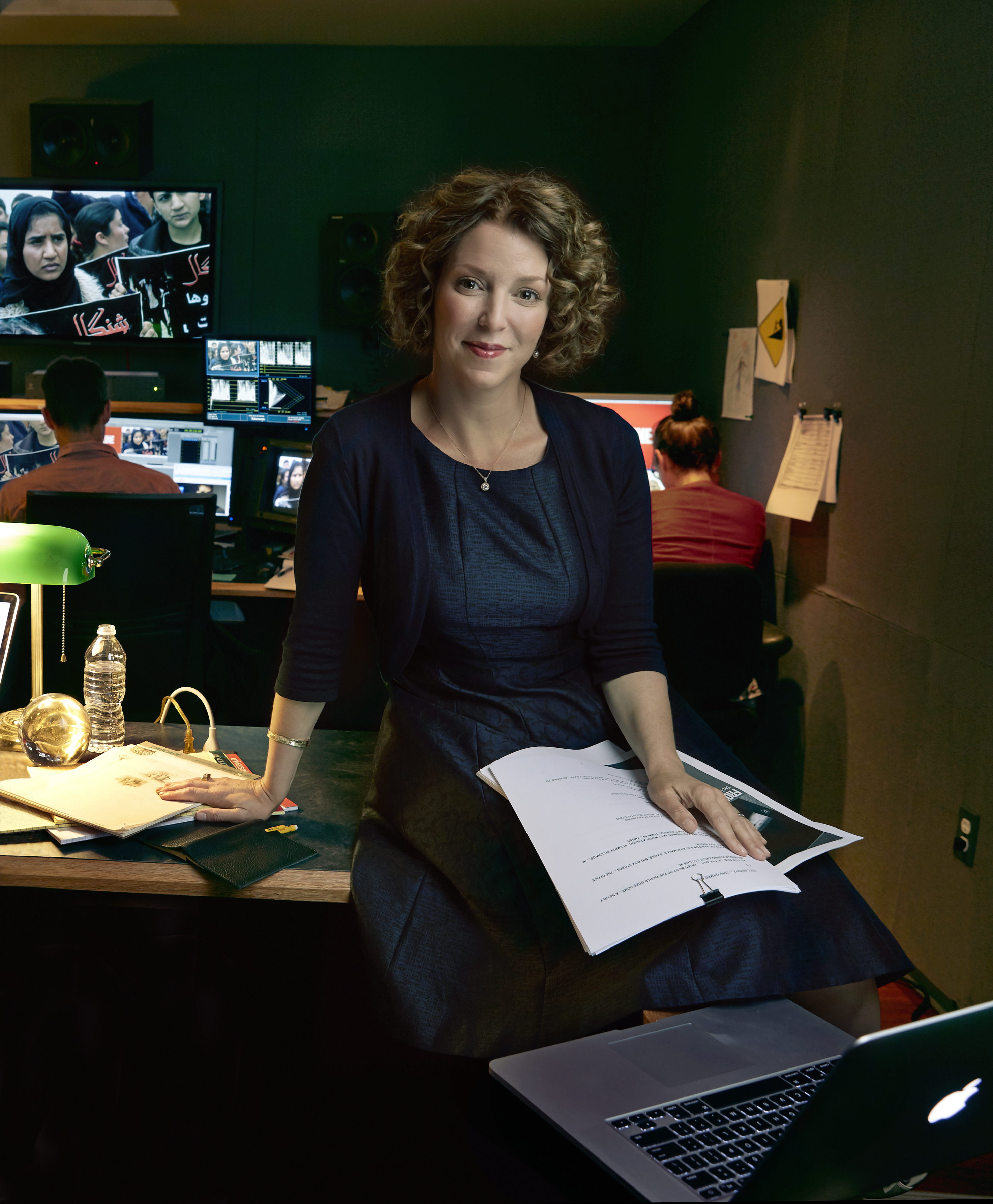 Raney Aronson-Rath is the executive producer of FRONTLINE, PBS’ flagship investigative journalism series, and is a leading voice on the future of journalism. From the U.S. response to the coronavirus pandemic to the true toll of Flint’s water crisis to the consequences of Amazon’s global dominance, Aronson-Rath oversees FRONTLINE’s acclaimed investigative reporting on air and online and directs the series’ editorial vision — executive producing more than 20 in-depth documentaries each year on critical issues facing the country and the world.

At a time when broad skepticism of the news media has reached new highs, Aronson-Rath has cemented FRONTLINE’s reputation as a source of trustworthy and consistent investigative journalism. She has expanded FRONTLINE’s reporting capacity, spearheaded an initiative to bolster local journalism in news deserts, and guided FRONTLINE’s evolution from a longstanding documentary series to a timely, multi-platform journalism organization that is committed to uncovering vital stories and telling them in new ways.

With Aronson-Rath at the helm, FRONTLINE’s journalism, often done through groundbreaking reporting collaborations with carefully selected partners, has helped lead to charges against Charlottesville assailants, sparked the creation of a federal task force to look into child sexual abuse in the Indian Health Service, exposed the government’s failure to prevent a fatal disease outbreak among coal miners, and prompted calls for reform of New York’s troubled supported housing system.

FRONTLINE has won every major award in broadcast journalism under Aronson-Rath’s leadership, including Peabody Awards, Emmy Awards, and, in 2019, the first Alfred I. duPont-Columbia Gold Baton to be awarded in a decade. In recognition of the series’ dynamic range of investigative reporting across multiple platforms — including broadcast documentaries, digital interactive storytelling, and an original, narrative podcast — the duPonts honored FRONTLINE for being both “a standard-bearer and innovator.” Guided by Aronson-Rath, FRONTLINE’s reporting on everything from the Syrian conflict to the impact of climate change has been recognized with myriad other journalism honors including Overseas Press Club Awards, Scripps Howard Awards, and in 2020, for the first time in the series’ history, the Nieman Foundation’s Bingham Prize for Investigative Journalism and the Peabody Institutional Award.

Aronson-Rath has led an ongoing charge for transparency in journalism – including through the FRONTLINE Transparency Project, an effort to open up the source material behind FRONTLINE’s reporting. She served as the sole public media representative on the Knight Commission on Trust, Media, and Democracy, a blue-ribbon panel that published a landmark report on the causes and consequences of growing distrust in democratic institutions, including the press.

A leading voice on narrative journalism and documentary filmmaking, Aronson-Rath pioneered a collaborative model for investigative journalism that The New York Times described as “increasingly important … as a way to reach new viewers and produce more in-depth reports.” She has developed and managed nearly 30 in-depth, cross-platform journalism partnerships with outlets including The Wall Street Journal, ProPublica, The New York Times, NPR and Univision.

In addition to dramatically increasing FRONTLINE’s digital footprint, Aronson-Rath has spearheaded FRONTLINE’s expansion into the theatrical documentary space. The series earned its first-ever Academy Award nomination for Abacus: Small Enough to Jail in 2018 and its second in 2020 for For Sama, a documentary telling the story of a young Syrian mother that was also recognized with the Prix L’Œil d’Or for Best Documentary at the Cannes Film Festival, the Grand Jury Award for Best Documentary at the 2019 SXSW Film Festival, and the Special Jury Prize – International Feature Documentary at Hot Docs.

Aronson-Rath launched FRONTLINE’s original narrative podcast, The FRONTLINE Dispatch, and was selected to serve as the board chair for the Pulitzer Prizes’ first-ever audio reporting category. The 2019 Hearst Digital Media Lecturer at Columbia Journalism School and a 2014-2015 Fellow at the MIT Open Doc Lab, Aronson-Rath has spoken on the future of journalism at the Skoll World Forum, the TV Next Summit, the Power of Narrative Journalism Conference, and at universities including Stanford, UC Berkeley, NYU and MIT. She is a member of the Board of Visitors for Columbia University’s journalism school, and serves on the Advisory Board of Columbia Global Reports, a publishing imprint that’s producing ambitious works of journalism and analysis on under-reported stories around the globe.

Aronson-Rath joined FRONTLINE in 2007 as a senior producer. She was named deputy executive producer by David Fanning, the series’ founder, in 2012, and then became executive producer in 2015. Before managing FRONTLINE, Aronson-Rath produced a number of notable FRONTLINE documentaries including News War, a four-part investigation into the future of news; The Last Abortion Clinic, an examination of how anti-abortion advocates waged a successful campaign to limit abortion in many places in the country; The Jesus Factor, an examination of then-President George W. Bush’s personal religious journey and the political influence of America’s evangelical Christians; Law & Disorder, an investigation into questionable police shootings in the wake of Hurricane Katrina; and Post Mortem, which uncovered flaws in America’s death investigation system and revealed that autopsies were being carried out by doctors who lacked certification and training.

Prior to FRONTLINE, Aronson-Rath worked at ABC News and The Wall Street Journal. She earned her bachelor’s degree from the University of Wisconsin and her master’s from Columbia Journalism School.