Chaudry, who has been named FRONTLINE’s senior series producer, will have a central role in the creation of FRONTLINE’s storytelling in conjunction with the series’ many editorial partners. A key part of Chaudry’s role will also be to further expand and diversify FRONTLINE’s investigative journalism ranks. She will seek out new journalists and support them as they develop long-form, investigative documentary proposals and budgets, and as they undergo film production, editing, vetting and post-production.

Joining the series after most recently serving as the senior vice president of production for Tribeca Studios, Chaudry has deep roots in public television, directed and produced series for PBS including, WNET’s Wide Angle and Women, War & Peace; FRONTLINE’s The Education of Michelle Rhee; and PBS’ Time for School. Chaudry also served as the director of WNET’s Chasing the Dream: Poverty & Opportunity in America, a multiplatform public media initiative aimed at providing a deeper understanding of the impact of poverty at all levels and institutions of our society.

“I couldn’t be more delighted to join FRONTLINE, a series that I’ve long admired and respected,” says Chaudry. “I look forward to working with some of the industry’s most talented journalists and to continuing the tradition of producing incisive and compelling documentary films.” 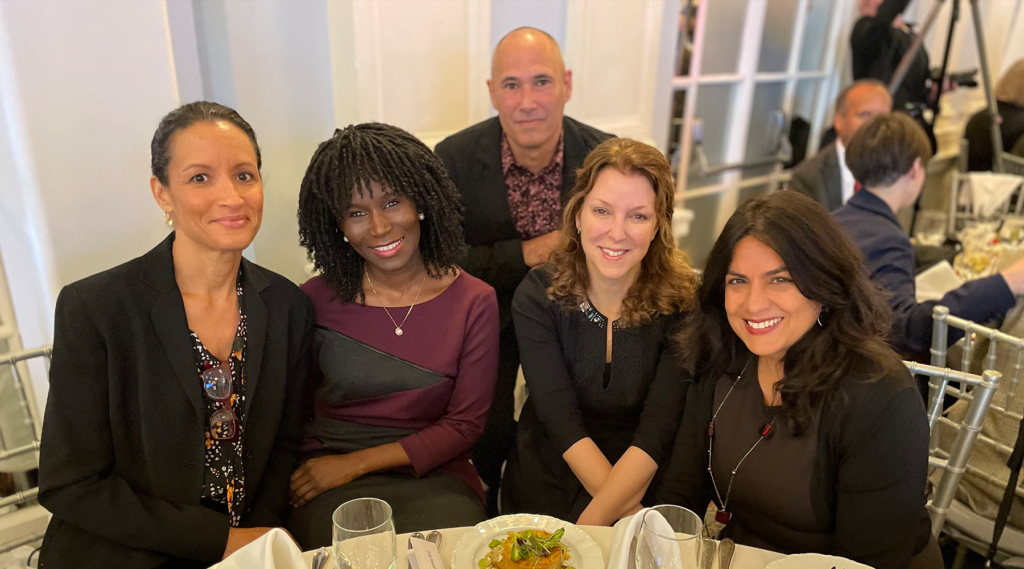 Texeira has been named a senior editor and FRONTLINE’s director of local journalism. In this role, she will oversee the series’ Local Journalism Initiative, which, with the generous support of the Knight Foundation and the Corporation for Public Broadcasting, aims to bolster local and regional news organizations that are conducting investigative journalism projects in their communities.

Texeira will identify and seek out journalism partners in communities where local news organizations have been hit hard by financial pressures and the challenges of reporting during the COVID-19 pandemic. She will also have a central role in overseeing work stemming from the local partnerships across multiple platforms — from digital stories, to digital videos, to long-form documentaries.

Joining FRONTLINE after working in print journalism for more than two decades, Texeira has written for national news outlets and newspapers, including the Los Angeles Times, Newsday, The Baltimore Sun and The Associated Press. Texeira has also worked closely with numerous nonprofit organizations, including the Brooklyn Children’s Theatre, the Brooklyn Public Library, READ 718 and Columbia University’s Graduate School of Journalism.

“In struggling newsrooms across America, in-depth journalism has all but disappeared for lack of resources. Yet, now more than ever, our communities — and our democracy itself — desperately need investigative local coverage,” says Texeira. “It’s truly an honor to join FRONTLINE’s world-class team to help champion these vital stories.”

“We are so thrilled to welcome Erin and Nina to our newsroom,” says Raney Aronson-Rath, executive producer of FRONTLINE. “Both women come to FRONTLINE with career experience that has made them uniquely and perfectly suited for each of their new roles: Nina to become a senior series producer, following a rich background in documentary storytelling; and Erin to lead our Local Journalism Initiative, following years in print journalism. We are excited to see how Erin and Nina can help contribute to FRONTLINE’s future success and longevity, and to have them join our senior team.”

About FRONTLINE
FRONTLINE, U.S. television’s longest running investigative documentary series, explores the issues of our times through powerful storytelling. FRONTLINE has won every major journalism and broadcasting award, including 100 Emmy Awards and 26 Peabody Awards. Visit pbs.org/frontline and follow us on Twitter, Facebook, Instagram, and YouTube to learn more. FRONTLINE is produced at GBH in Boston and is broadcast nationwide on PBS. Funding for FRONTLINE is provided through the support of PBS viewers and by the Corporation for Public Broadcasting. Additional support for FRONTLINE is provided by the Abrams Foundation, the John D. and Catherine T. MacArthur Foundation, Park Foundation, the Heising-Simons Foundation; and the FRONTLINE Journalism Fund with major support from Jon and Jo Ann Hagler on behalf of the Jon L. Hagler Foundation, and additional support from Koo and Patricia Yuen.