A Florida Woman Died from the Coronavirus. Then Paramedics Found Her Neighbor.

An aerial view of the Palm Hill Country Club senior community on Friday, April 10, 2020 in Largo, Florida, where two people have died because of COVID-19. (Luis Santana/Tampa Bay Times)

LARGO, Florida — Even before Sheila Remley succumbed to COVID-19, word of her infection spread quickly around her 55-plus community in Largo.

Remley, 83, died at Morton Plant Hospital on March 27 with a nurse holding her hand. A few hours later, first responders entered her neighbor’s home through a window and found Jim Ayotte’s body. No one had seen him for more than a day. Among the items scattered on his living room floor was a thermometer.

The Palm Hill Country Club was already in lockdown because of the coronavirus. Its shuffleboard courts, golf course and swimming pool were closed and coffee mornings canceled weeks ago. But the deaths on their doorstep were a sobering reminder for the park of almost 1,100 mobile homes that many of its residents are most at risk from the virus.

Even the most skeptical residents have changed their routines and there has been a marked increase in social distancing since news of the deaths spread mostly by word of mouth. Some residents are less inclined to brave a trip to the grocery store and a few have taken to sewing masks that they place on their doorstep for neighbors.

“After they heard that Sheila died, everyone’s eyes bloody well opened up,” said Chris Eckhart, a 20-year Palm Hill resident. “They’re not walking together unless they’re a married couple.”

On her doctor’s recommendation, Eckhart, 73, went to get tested on Tuesday after developing some COVID-19 symptoms, although not a fever. She is waiting for the result.

From the moment it was clear the virus was in Florida, she has taken precautions. Other than a trip to her doctor, she and her husband, Kenneth Eckhart, have stayed indoors since the middle of March. She suffers from chronic obstructive pulmonary disease. He is 82.

“We know coming (to Florida) is our last hurrah,” she said. “We don’t want to go to the hospital. If they put you on a respirator at our age, you’re not coming off.”

Spring normally marks the last few weeks of the social season at Palm Hill. But pancake breakfasts and potluck dinners are canceled. The common areas and pools were closed on March 23 leaving just walking or cycling as the only outdoor activities.
Most of the Canadian snowbirds headed back north early while those whose summer home is in New York have hunkered down rather than return to a state that is the U.S. epicenter of the coronavirus.

That includes Delores Johnson, who retired from teaching kindergarten in 1985 and has wintered at Palm Hill for about 15 years.

“I don’t know when I will be going back,” she said.

Delores Johnson and Marilyn Gleason pose for a portrait with their hand sewn masks in front of their Palm Hill Country Club home on April 10, 2020 in Largo, Florida. The women started making masks to help protect their neighbors after two people died in the community because of COVID-19. (Luis Santana/Tampa Bay Times)

After hearing that two in the community died, she and friend Brenda King decided they needed to do something positive. They have made more than 200 masks for their neighbors, sending emails when new ones are available. There was a line of people in golf carts for the most recent batch, a reflection of worry in the community.

“I have a brother in the park and he won’t even come over,” Johnson said. “We’re all trying to get through this.”

Staying home has meant some people are isolated, but residents are using email and Facebook to stay in touch, said Cheryl Sienko, 62. They share tips on when stores have a supply of toilet paper and pick up needed groceries for their oldest neighbors.
“This is a community that when times are tough, we really stick together,” she said.

Remley was a popular member of that community, fond of card nights and known for hosting parties and dinners.

Born in Illinois, she married John Remley when she was 17, said daughter Cynthia Remley. They were just approaching their 61st wedding anniversary when he died in December.

Her mother loved scrapbooking and preserving family memories, a passion she turned into a business as a creative memories consultant. She loved to travel and was excited about a cruise to Amsterdam she had booked for May.

Remley was unaware she had the coronavirus when her daughter dropped her at the emergency room March 22 because she had a pain in her neck. The hospital was not allowing anyone to accompany patients. It was the last time they would be together.

Medical staff discovered Remley had a temperature of 102 and had pneumonia in both her lungs. The next day, her test for COVID-19 came back positive.

Her mother refused to go on a ventilator, said Cynthia Remley, 65. A text that she sent her mother about how other seniors had recovered went unanswered.

At the same time as her mother was dying, Cynthia Remley’s husband, Kenneth Protonentis, was fighting for his life due to a heart condition.

By chance, they were in adjoining rooms. But Cynthia Remley was unable to visit either except through video calls arranged by nurses.

“I got to tell her how much I loved her,” Cynthia Remley said.

Condolences came not just from family and friends but exchange students from Chile, Brazil and New Zealand whom the Remleys had hosted.

“They were calling me from all over the world just sobbing,” said Cynthia Remley.

As of Thursday, no family members had come forward to make funeral arrangements for Ayotte, 85. He and Remley had just started dating, Cynthia Remley said.

Unless a family member comes forward, he will be given a cremation paid for by the county, said Hallie Shoeman, funeral director for A Life Tribute Funeral Care.

Ayotte’s remains will be kept for 120 days before being scattered into the waters of Tampa Bay. 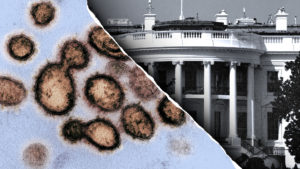