Kids and Climate Change: Who’s Learning What — or Not — and Why?

Young climate-crisis activists protest in the COP26 venue in Glasgow, Scotland, on November 10, 2021. (Photo by Dominika Zarzycka/NurPhoto via AP)

As COP26, the 2021 United Nations Climate Change Conference, unfolded in November, the voices of young activists calling for a stronger response to the climate crisis made headlines.

Not all young people share Greta Thunberg or Vanessa Nakate’s level of urgency, especially in the U.S., even if they’ve been directly impacted by climate change.

So found Katie Worth, a former investigative reporter at FRONTLINE whose new book, Miseducation: How Climate Change Is Taught in America, debuts Nov. 16, 2021, from Columbia Global Reports, with support from FRONTLINE and The GroundTruth Project.

“[F]ully a quarter of American kids surveyed in 2020 rejected the idea that global warming was some kind of emergency, more than in any other country surveyed in Western Europe or North America,” Worth wrote in The Washington Post on Nov. 10.

Based on years of reporting, Worth found many U.S. children don’t believe in human-caused global warming, in part because of how climate change is being taught in American classrooms.

In Miseducation, Worth investigates who has tried to shape what children learn and how successful those influences have been — exploring the roles of oil corporations, state legislatures, school boards, think tanks, lobbyists and textbook publishers, and detailing a playbook honed in previous battles over evolution and tobacco.

The book comes atop a cascade of dire warnings about the current and impending consequences of climate change, including a 2021 report from the Intergovernmental Panel on Climate Change (IPCC), which found, “[h]uman influence has warmed the climate at a rate that is unprecedented in at least the last 2000 years.” FRONTLINE has been following the climate crisis for years, and Worth’s reporting on its impacts on kids, in the stories below, provides an introduction to our broader coverage.

1. Miseducation: How Climate Change Is Taught in America, by Katie Worth (2021) 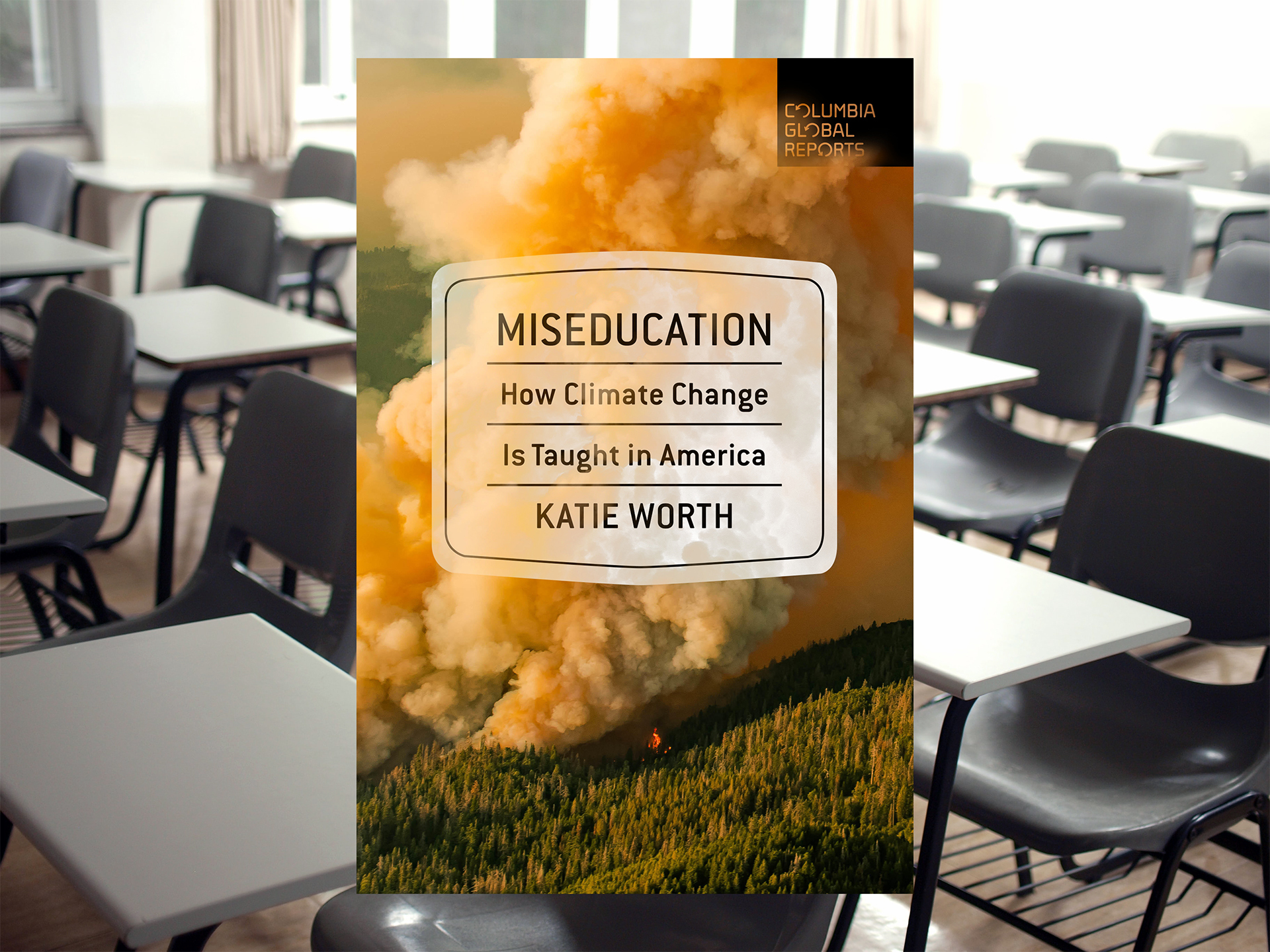 In writing Miseducation, the first book project with support from FRONTLINE, Worth reviewed scores of textbooks, built a 50-state database and traveled to more than a dozen communities to talk to kids about what they’ve learned about the climate crisis.

“It’s safe to say that across the country, intrepid teachers rigorously educate their students about climate science,” Worth writes in the book. “It’s also safe to say that commonly, a teacher down the hall is miseducating them about it.”

Miseducation examines political divides in what children are taught; investigates the forces that have worked to create uncertainty, confusion and distrust around climate science; and explores what’s at stake for the future.

2. The Last Generation, produced by Michelle Mizner and Katie Worth (2018)

This award-winning interactive explores what it’s like to grow up in an island nation threatened by rising seas, through the perspectives of three children.

For Julia, Izerman and Wilmer, climate change is an existential threat to life as they know it. The children live in the Marshall Islands, a low-lying nation that could become uninhabitable during their lifetimes due to rising seas. “If the ice melts too much, water will bury the island. So, that’s when people have to move away,” 9-year-old Izerman explains in the interactive documentary.

The boundary-pushing project from FRONTLINE and The GroundTruth Project has won an Emmy Award, an Online Journalism Award, World Press Photo’s inaugural Interactive of The Year Award, a Scripps Howard Award and a Webby Award. Teachers can explore a companion lesson plan developed by PBS LearningMedia.

In 2017, Worth broke the story for FRONTLINE and The GroundTruth Project that the Heartland Institute, a libertarian think tank that rejects the scientific consensus on climate change, was seeking to influence some 200,000 K-12 public school teachers.

Worth found that the institute was mailing educators textbooks, DVDs and other materials rejecting the human role in climate change and arguing instead that rising temperatures have been caused primarily by natural phenomena.

In a series of stories on what kids learn about climate change, Worth went on to cover Heartland’s effort and the responses and reactions it spurred, a wave of legislative actions aimed at science in the classroom, and trauma among children directly impacted by the climate crisis — reporting that would become the jumping-off point for her book.