Could the Rise of Artificial Intelligence Put Truckers’ Jobs in Peril?

Self-driving trucks may have once seemed like a futuristic vision.

But in recent years, they’ve begun taking to the road — and their implications for the labor market, and long-haul truck drivers in particular, could be enormous.

In the above excerpt from the new FRONTLINE documentary In the Age of AI, meet the young CEO of a self-driving truck company whose vehicles are already delivering freight from California to Arizona; an independent trucker and his wife whose livelihood could be threatened by the new tech; and a sociologist and author who’s been studying the forces reshaping the trucking industry.

Among them: the rise in automation, some forms of which are powered by AI — including self-driving trucks.

“The trucking industry is $740 billion a year … in many of these operations, labor’s a third of that cost,” Steve Viscelli, author of The Big Rig, tells FRONTLINE in the above excerpt from the film. “By my estimate, I think we’re in the range of 300,000 or so jobs in the foreseeable future that could be automated to some significant extent.”

The rise of self-driving vehicles could lead to a dramatic reduction in road accidents, says Alex Rodrigues, the 24-year-old chief executive of the self-driving truck company Embark. But the ability to eliminate human drivers is also an appealing prospect for companies eager to cut costs and maximize efficiency — including by moving freight 24/7: “Right now, human drivers are limited to 11 hours by federal law, and a driverless truck obviously wouldn’t have that limitation,” he tells FRONTLINE in the above excerpt.

For now, there’s still a human sitting in the cab of his delivery trucks, but that human isn’t driving. Rodrigues says he believes it will take only a few years to “see the first vehicles operating with no one inside them moving freight” — a trend that he says will grow to encompass “more freight, and more geographies and more weather over time.”

It’s the sort of scenario that could endanger the careers of independent truckers like Shawn Cumbee, who is based in Beaverton, Mich. Cumbee says he has his doubts about the rise of automation in the trucking industry: “They’re putting all this new technology into things, but you know, it’s still man made,” he says in the above excerpt. “Man does make mistakes.”

But when his wife, Hope, hears that Embark trucks are already delivering freight on Interstate 10, she pauses: “Really?”

Trucking is just one of the industries whose labor force could be slashed by AI technology: “I believe about 50 percent of jobs will be somewhat or extremely threatened by AI in the next 15 years or so,” tech CEO Kai-Fu Lee, author of AI Superpowers, tells FRONTLINE in the film.

For the full story, watch In the Age of AI. From writers, producers and directors David Fanning and Neil Docherty, the documentary is a comprehensive survey of how artificial intelligence is transforming our world — both for good and for ill.

In the Age of AI premieres Tuesday, November 5 at 9 p.m. EST/8 p.m. CST. Tune in or stream on PBS, at pbs.org/frontline, or on the PBS Video App. 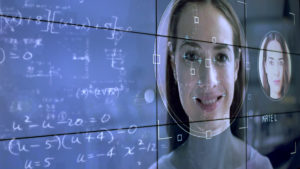