Inside the Making of “Stickup Kid”

What happens when we lock up juvenile offenders in adult prisons?

The documentary tells the story of Alonza Thomas — sent to adult prison in California at age 16 — and how he was impacted by spending more than a decade behind bars. It’s a provocative look at a major social issue for which there are no easy answers — and it gives new insight into the ongoing debate over prison reform in America.

McNally made Stickup Kid with the support of the Investigative Reporting Program at the UC Berkeley Graduate School of Journalism, where she was a 2013-14 Fellow. She spoke with FRONTLINE about the unexpected way she came across Thomas’ story, the challenges of making such an intimate film, and what surprised her most along the way.

How did you first learn about Alonza Thomas’ story?

Back in January 2013, I was researching a film involving the NFL, and talking to a lot of college football players who were looking to go into the NFL draft. One of them was a young man named Phillip Thomas, who had been playing at Fresno State in California (and who now plays for the Washington Redskins). As I did with many of these athletes, I asked Phillip what he’d do if he got into the league and made a bunch of money. He said, “I’m going to help my brother — he’s getting out of prison this fall, and he’s been in for a really long time.”

My interest was piqued. And when I started digging, I found out that Alonza, as a 15-year-old, had unsuccessfully tried to rob a convenience store at gunpoint. It was right around the time of the now-debunked superpredator scare — when social scientists were warning of an explosion of youth crime and violence — and Alonza was one of the first kids tried as an adult in the state of California under a law passed in 2000 called Proposition 21. He was incarcerated in the adult system for about 13 years.

That set me off on a journalistic inquiry to look into this practice. I was stunned to find that we even put youth offenders into the adult criminal justice system in this country, and I wanted to try to understand the repercussions.

“I was stunned to find that we even put youth offenders into the adult criminal justice system in this country, and I wanted to try to understand the repercussions.”

What are those repercussions?

Every case is individual, of course. But the statistics back up the kind of experience Alonza had, which is to say there are higher rates of suicide attempts and mental health issues among the population of juvenile inmates who went into adult prison as opposed to juvenile prison. There are also higher rates of recidivism for the group who went into adult as opposed to juvenile prison – though that’s a trend Alonza bucks, because as of today he has not re-offended.

How did you build trust with Alonza and his family, who share their stories so candidly in Stickup Kid?

I visited Alonza in prison for the first time in the early spring of 2013, and then I visited and exchanged letters with him almost every week through October 2013. I found him to be an incredibly fascinating and complex person. He had been in and out of solitary confinement and dealt with various mental health issues throughout his entire time in prison. Over time, he opened up to me and shared some very tough elements of his story. I think the fact that I continued to show up, and to listen, helped to build that trust.

His family was also pretty remarkable. That they allowed us to be there, filming, on the day Alonza was released from prison was very special. I think it was difficult for his mother to open up to us – she’s a very private person. And with intimate films like this, where you’re shadowing someone’s day-to-day life as they’re going through something difficult, I think there’s no way that you’re not going to run into questions of privacy and trust and “How close should we be?”. But she took a huge leap of faith. I think she felt that Alonza going into the adult system had been a miscarriage of justice, and that by telling his story, something might come of it – maybe people would question the policy, and maybe other young people wouldn’t be impacted like Alonza was.

In addition to talking with Alonza and his family, you spoke with the convenience store owner who Alonza had tried to rob at gunpoint back in 2000. What was it like to approach him?

It was so important to include the voices of the prosecutor and the victim in the film — we needed to see that someone was affected by Alonza’s choices, and his crime didn’t happen in a vacuum. But I was really surprised that he talked to me, to be honest: If you’re going to approach someone who had a traumatic event happen 13 years ago, probably the last thing they want to do is talk to some filmmaker who shows up and says: “Hey, what happened when this armed kid tried to rob you? And by the way, what do you think now that he’s getting out?”

“It was so important to include the voices of the prosecutor and the victim in the film — we needed to see that someone was affected by Alonza’s choices, and his crime didn’t happen in a vacuum.”

I interviewed him twice, and both times he said the same thing: He and his coworkers had been really scared and freaked out by the experience. There was a moment when they thought, “Oh my goodness; this guy might shoot us.” They took new security measures afterwards. Ultimately, though, after subduing Alonza and getting him down to the ground, they recognized that he was a kid.

What was the most surprising part of making this film?

I was surprised to see firsthand just how difficult it is for offenders to re-enter society and navigate bureaucratic systems when they have nothing. I mean, Alonza went into prison as a 16-year-old kid and came out a 28-year-old man with just the clothes on his back. He had a supportive and loving family, but the world had changed in huge ways while he was locked up. Seeing how much he had to advocate for himself to get his insurance, to get whatever social services from the county or state are available, to get job training and some sort of educational program, was stunning.

They offer all of this to you at a parole office when you get out of prison, but then it’s on you to follow up. There’s no hand-holding about who to call and who to follow up with, and there’s all this paperwork. It’s a barrage of expectations for someone who’s lived for 13 years institutionalized, with everything laid out for them, and it makes the road to becoming a contributing member of society very rough and rocky.

I’m now living in New Orleans and working with the New Orleans Advocate on telling sort of the next chapter of this story. In California, youth who are still less than 18 years of age when tried in the adult system are now housed in juvenile facilities until they turn 18. But that’s not the case here in Louisiana. I’m meeting kids who are facing what Alonza faced 14 years ago, and every day here, there are conversations about how we deal with juvenile crime and the appropriate course of action and punishment.

What do you hope people will come away thinking and feeling after they watch Stickup Kid?

On a big-picture level, I hope Stickup Kid will be a window into a corner of the American criminal justice system — especially in this larger moment when we’re evaluating so much about law enforcement and criminal justice and questions of mass incarceration in this country.

“I think we owe it to our communities and to the public to ask the question: What is the appropriate way to treat young people who have committed crimes in this country?”

That’s not to say sometimes it’s not the correct decision to charge a juvenile as an adult — that’s for prosecutors and judges and juries to decide. But I think we owe it to our communities and to the public to ask the question: What is the appropriate way to treat young people who have committed crimes in this country?

On a more personal level, I think not many people would have the bravery to share what Alonza shared. I hope people will engage deeply with his story – that it will move them, and make them think about compassion, vulnerability, guilt and redemption.

Editor’s Note: For clarification purposes, the sentence reading “In California, juveniles can no longer be sent to adult prison — that has changed since Alonza was convicted” has been changed to “In California, youth who are still less than 18 years of age when tried in the adult system are now housed in juvenile facilities until they turn 18.” 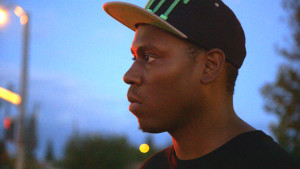