A New Job. A Racial Barrier Broken. Then, a Bombing.

It was February 1967 in Natchez, Mississippi, and Exerlena Jackson was worried about her husband.

Like his wife, Wharlest Jackson Sr. was active in the civil rights movement. The treasurer of the NAACP’s local branch, in which Exerlena was also active, Wharlest Sr. had recently earned a promotion at the Armstrong Tire and Rubber Company, becoming the first Black man in the role.

It broke a barrier. It meant an increase in pay. And as the new documentary American Reckoning — from FRONTLINE and Retro Report, with support from Chasing the Dream — explores, in a town that was a hotbed of Ku Klux Klan activity, it also helped make the 36-year-old Korean War veteran and father of five a target.

“You hear a lot of grown people telling my dad to be careful. And my dad always would say, ‘Don’t worry,’ he’ll be back,” Debra Jackson Sylvester, one of Wharlest Sr. and Exerlena’s children, says in the above excerpt from the documentary.

Exerlena wasn’t so sure. As the film recounts, she and Wharlest Sr. had helped care for Natchez NAACP president George Metcalfe after he had been seriously injured in a car bombing while leaving his shift at Armstrong less than two years earlier. She feared Wharlest Sr. could be next.

“Jackson had a whole lot of things going against him,” Stanley Nelson, a journalist now retired from the Concordia Sentinel who investigated Wharlest Sr.’s case, says in the excerpt. “He was involved in civil rights. He rode to work with George Metcalfe, and he took a job that, for the history of Armstrong Tire Company, had only belonged to a white man.”

On Feb. 27, 1967, the day of Wharlest Sr.’s first shift in his new role, Exerlena’s fears came true. As Wharlest Sr. drove home to his family, a bomb exploded in his truck. His young son, Wharlest Jr., who had been in front of the Jacksons’ house working on his bicycle, was the first family member on the scene. In the above clip, he recalls seeing the blown-up truck and a man lying in the street, and not “being able to connect the dots together” that it was his father.

“I saw a shoe that he was wearing. And I grabbed that shoe and came to the house,” Wharlest Jr. says. “Later I heard from my mother, as I grew up, I had come back with his flesh in his shoe.”

Exerlena knew what had happened as soon as she heard the explosion, according to Sylvester.

“My mom, when she heard that sound, she said, ‘That’s your daddy. That’s Jackson,’” Sylvester says. “Before she could finish saying it, they were knocking on the door, letting her know that was my daddy.”

To this day, the Jackson family — like many others who have lost loved ones to racist violence — is still seeking justice. Their quest is chronicled by directors Brad Lichtenstein and Yoruba Richen in American Reckoning, which premiered on PBS Feb. 15, 2022, and is now streaming on FRONTLINE’s website, in the PBS Video App and on FRONTLINE’s YouTube channel.

The film is the documentary component of FRONTLINE’s broader Un(re)solved initiative, which also includes a web-based interactive experience, a traveling augmented-reality installation and a podcast series. Taken together, the multimedia project tells the stories of more than 150 people, including Wharlest Sr., whose civil-rights-era killings have gone unsolved or unpunished, and it explores the limitations of a federal effort to reinvestigate these cold cases under the Emmett Till Unsolved Civil Rights Crime Act.

In chronicling Wharlest Sr.’s life, death and the search for accountability — including allegations that a Ku Klux Klan offshoot known as the Silver Dollar Group was involved in Wharlest Sr.’s murder — the documentary also reveals a little-reported story of the civil rights movement and Black resistance.

Drawing on rarely seen 1960s footage shot by filmmakers Ed Pincus and David Neuman and made available through the Amistad Research Center, as well as powerful interviews with firsthand sources, the documentary illuminates the work of the NAACP; the Deacons for Defense and Justice, an organization of Black men who armed themselves to protect their community against racist violence; and ordinary Black citizens to force change in Natchez.

Wharlest Sr. played a role in these efforts, both in life and in death.

“My father sacrificed his life so that we can have a better community, and you don’t have to be afraid,” his daughter Denise Jackson Ford says in the film. “But will we ever get justice?

For the full story, watch American Reckoning in full below, or stream it in the PBS Video App and on FRONTLINE’s YouTube channel: 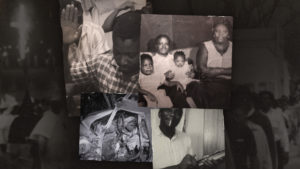