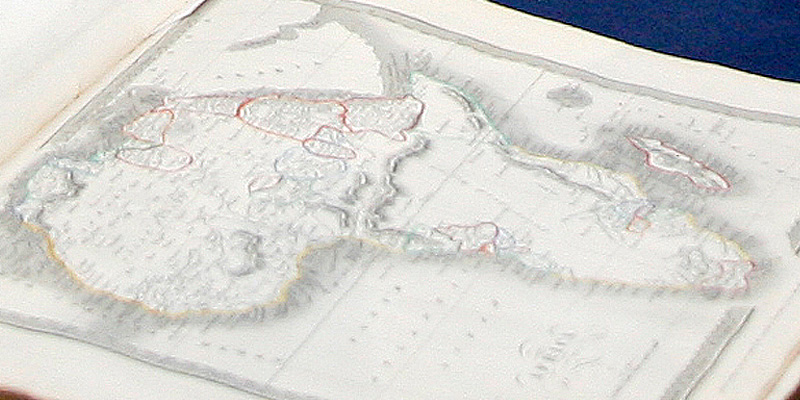 An overview of informative resources about the political and cultural issues related to historical maps.

At the Spokane ANTIQUES ROADSHOW in August 2007, a guest named Maurice brought in a large and weathered-looking atlas, which he explained to appraiser Stephen Massey had passed down to him from his grandfather, who had acquired it in the 1950s. Embossed with the title "The Universal Atlas" in ornate gold lettering on the front cover, the volume was the work of renowned American cartographer David Burr.

A mapmaker, surveyor and topographer, Burr served in several official capacities for the United States government throughout the mid-1800s, including with the U.S. Postal Service, the House of Representatives, and the Senate.

Published around 1836, the atlas contains 63 different beautifully colored and well-preserved maps from every region of the world.

As ANTIQUES ROADSHOW experts regularly encounter and appraise old maps, especially from the 19th century and earlier, it's important to acknowledge a few key points about these historical documents. Maps are documents that reflect geographical and political circumstances as they exist at the time they are made, and also — crucially — the particular world view and built-in biases of those who commissioned and produced them. By and large, those people have been white Europeans and Americans of European heritage.

For example, as Massey pointed out, Burr's Universal Atlas depicts a map of Africa showing large areas of the continent practically featureless, indicating those regions were as yet "unexplored" by Europeans, and thus considered basically unpopulated, which of course they were not. But as Massey also mentioned, Burr's map foreshadows a period in the late 1800s, then still 50 years in the future, when the major European powers would eventually meet to negotiate and carve up the vast continent of Africa, and all its various indigenous inhabitants, to share out among themselves and rule over as colonial territories.

This process took place in 1884 and 1885 at the so-called Berlin Conference, convened by the German imperial chancellor, Otto von Bismarck, and was conceived as a way to avoid the warring among European powers themselves that was considered inevitable if the still "unclaimed" interior of Africa was not partitioned by diplomatic consensus. The political borders that still divide Africa today are direct results of these largely arbitrary and entirely self-serving decisions made by a relatively small number of men at the Berlin Conference; the political and cultural harm that has been borne by Africa's indigenous people since that time is incalculable.

During ANTIQUES ROADSHOW’s 2007 Louisville event, appraiser Tom Lecky encountered yet another record of similar cultural harms done to America's indigenous people, in the form of a pair of tattered journals brought in by a guest named Joseph. Joseph’s great-great-great-grandfather, William Spieden, had kept the journals while serving as ship’s purser aboard the U.S.S. Peacock during the so-called "Exploring Expedition" in the Pacific from 1838 to 1842, commanded by U.S. Navy Lieutenant Charles Wilkes. 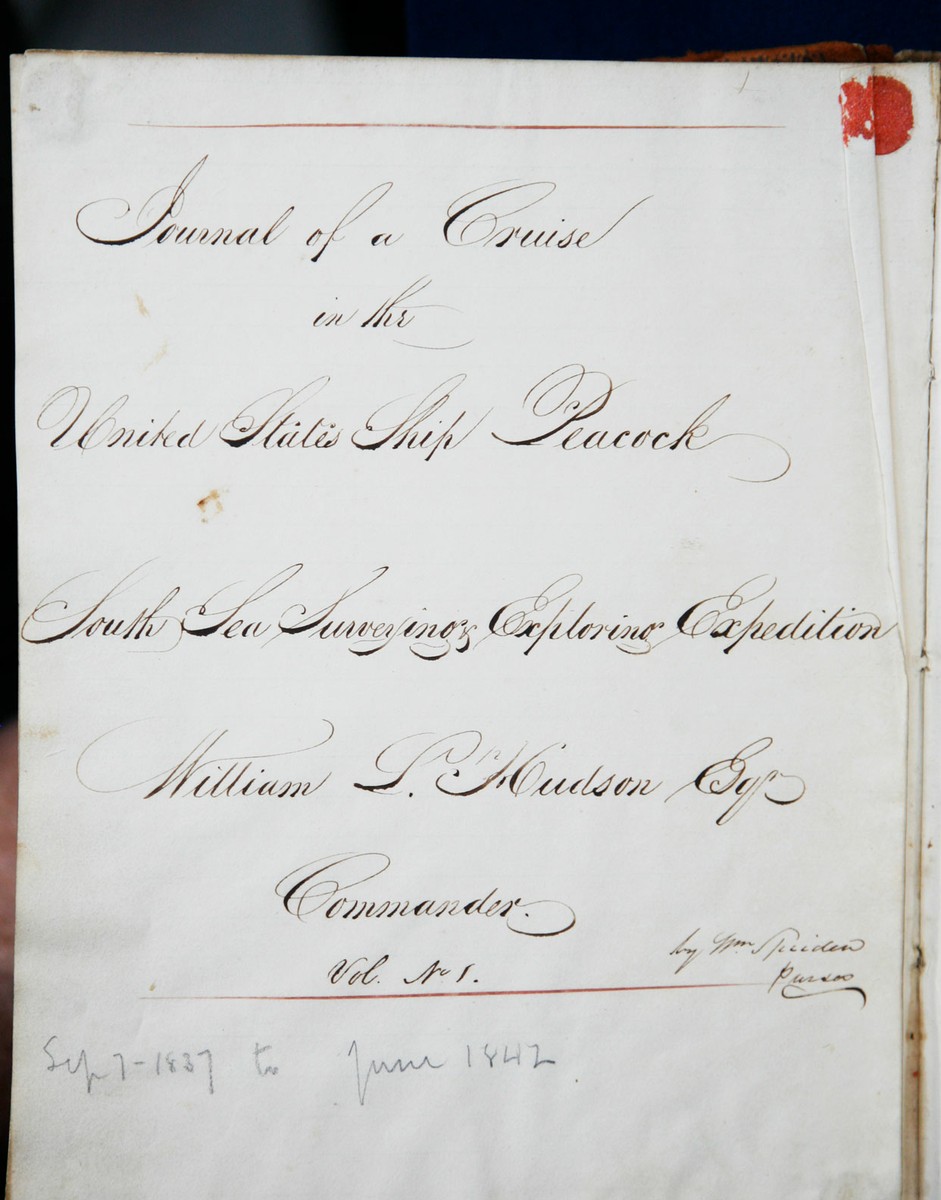 According to Lecky, the five-year maritime adventure Wilkes was appointed to command was “one of the largest exploring expeditions ever mounted by the United States, and one of the first mounted by the United States Navy.” The primary aim of the expedition was to survey the Pacific Ocean for America's whaling and seal industries, and, as the secretary of the navy James Paulding put it, "to extend the bounds of science, and promote the acquisition of knowledge." Ultimately Wilkes's flotilla explored some 280 islands throughout the Pacific, and even managed to chart 1,500 miles of the eastern coastline of Antarctica.

Lecky informed Joseph — to his seeming surprise — that while charting the Pacific Northwest, Wilkes named one of the small islands off the coast of Washington in honor of Joseph’s ancestor. Spieden Island is situated just south of Vancouver, in what is known as the San Juan Archipelago, which was named in 1791 by the Spanish explorer Francisco de Eliza after the Viceroy of Mexico, Juan Vincenta de Güemes Padilla Horcasitas y Aguayo. The indigenous people who originally inhabited the San Juan islands were members of the Central Coast Salish Tribes and primarily included the Sooke, Saanich, Songhee, Lummi, Samish and Semiahmoo.

European explorers’ renaming of islands and other indigenous territories was common at the time, part of the prevailing attitude that they were discovering territories previously unknown by European civilization, and thus could name them as they pleased — with little regard for how the native peoples may have identified those areas until then. During his time navigating the American Pacific Northwest, Charles Wilkes named many islands off the present-day coast of Washington to honor (or perhaps appease) various members of his crew, including William Henry McNeill (McNeil Island), J. L. Fox (Fox Island), Stephen W. Days (Days Island), and Alexander C. Andersen (Andersen Island).

Dividing up indigenous territory for colonial occupation is not the only way European and American powers have imposed their will on indigenous communities. In countless cases the renaming of indigenous lands essentially erased the record of what native inhabitants had called those places for generations.

As Books & Manuscripts appraiser Ken Gloss commented in reference to other historical documents, it is vital to remember that what amounts to progress for some often means devastation for many others.

For those interested in finding more information about historical maps, and the cultural and political topics related to them, ANTIQUES ROADSHOW recommends the following resources. 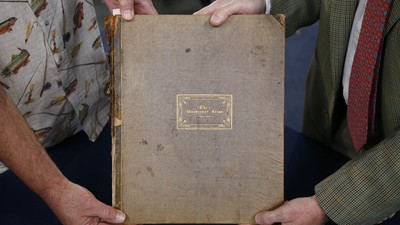 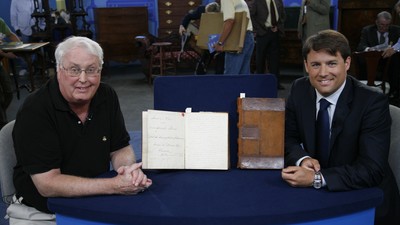 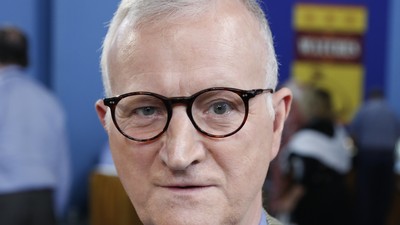