The legendary choreographer Alvin Ailey’s dances center on the Black American experience with grace, strength and beauty. Here are 10 iconic dances he choreographed, running the emotional gamut from love to grief to inspiration.

The dance which launched the Alvin Ailey American Dance Theater, Ailey was just 27 years old when it premiered at the Kaufman Auditorium in New York City. Only the sixth ballet Ailey choreographed, it depicts men and women spending their night at a “sporting house” until morning.

Often regarded as Ailey’s masterpiece, “Revelations” celebrates African American heritage and culture inspired by spirituals, songs, sermons, gospels and holy blues. Born out of the “blood memories” of his childhood in Texas, the ballet has been performed around the globe since its debut in 1960.

“I came up with a piece. An evening-long saga to the Black experience.  I would call it ‘Revelations’. . . My blood memories. The memories of my parents, uncles and aunts. Blues and gospel songs that I knew from Texas.”- Alvin Ailey

Set to the music of Hugh Masekela, Ailey draws parallels between the injustices of South African apartheid to the racial violence of 1960s Chicago.

“Masakela came from a very deep feeling of, you know, rage and anger about the situation.” – Alvin Ailey

Created as a birthday present for his mother, Ailey dedicated “Cry” to “all Black women everywhere – especially our mothers.” Serving as his muse, dancer Judith Jamison recalled:

“I’d get these images. He would say things like, “You’re scrubbing floors, you’re attending a baby, you’re a queen. . . I had no inclination that this was dedicated to all Black women, especially our mothers and that this was a birthday gift to his mom. But you could hear the importance in the music.” – Judith Jamison

Rarely performed in its entirety, “Mary Lou’s Mass” was a collaboration between Ailey and jazz pianist Mary Lou Williams, who wrote and arranged for musicians such as Duke Ellington and Benny Goodman. Together, Williams and Ailey drew on their shared experiences of spirituality in Southern churches to create this celebration of jazz and gospel.

Considered a “male counterpart” to Ailey’s “Cry,” this solo piece is an emotional exploration of love and desire set to songs such as “A Song for You” by Donny Hathaway and “Poppies” by Nina Simone.

Premiere: 1974 (for a television special)

One of Ailey’s most intimate pieces, “Memoria” was created in response to the death of Ailey’s friend, Joyce Trisler. Ailey recalled creating “Memoria” was a painful experience, but its finale asserts a joyful crescendo, inspiring hope in the face of loss.

“On tour with the company in Luxembourg. Somebody came to my room and said to me my good friend, Joyce Trisler, had died. . . I came back to New York, still holding within me the agony of Joyce’s death. I couldn’t believe it. . . And I decided to make a ballet. ‘Memoria,’ in memory of Joyce.” – Alvin Ailey

Created after a year-long sabbatical, Ailey brought “Phases” to life in five parts, with each section featuring jazz composed and performed by African American musicians such as Liston Smith, Pharoah Sanders, Donald Byrd and Max Roach.

“I made a piece called ‘Phases’ with music that I had had around the house for a long time. Max Roach, Pharoah Sanders, some early 50s jazz pieces. And it worked.” – Alvin Ailey 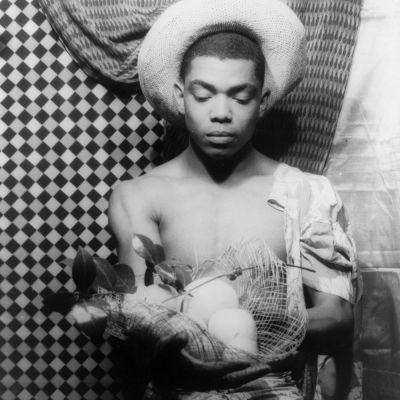 Gene Kelly: Anatomy of a Dancer
Martha Graham: Revolt and Passion
Rita Moreno: Just a Girl Who Decided to Go For It
Tanaquil Le Clercq: Afternoon of a Faun - Full Film
Juilliard
Balanchine – Master of The Dance