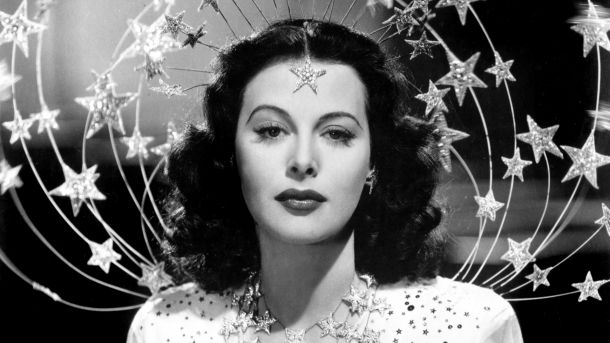 George Antheil was an American composer, avant-garde and inventive, best known for his film score to Ballet méchanique. WNET’s Sue Sinclair wrote about Antheil for a recent post on the new blog Soundwaves, exploring Antheil’s life driven by music as a concert pianist and a composer. Sinclair delves into how Antheil’s musical background and creative mind were the perfect match for the ingenious and tireless Hedy Lamarr whose story is told in American Masters – Bombshell: The Hedy Lamarr Story, and how the duo invented and patented a concept that changed the course of history.

Sinclair describes Antheil’s musical works, his influences, and his use of sometimes peculiar combinations of instruments and objects to create his intended result.

In listening to one of his early piano works, Sonatina (Death of the Machines) (1923), written whilst living in Paris, one can hear the influence of Stravinsky. This work leads in to the one composition that is most closely associated to him, Ballet méchanique – a  14-minute silent, abstract (Dada-esque) film conceived by Fernand Léger and Dudley Murphy. Antheil composed a score nearly double the duration of the film, calling for the instrumental forces of  3 Xylophones, Electric Bells, 3 Propellers, Tamtam, 4 Drums, Siren, 2 Pianos and 16 Pianolas.

And explains why 16 pianolas is significant:

So, wait, Antheil actually composed for not just ONE Pianola in the Ballet méchanique, but 16 of the beasts? At the time, it was impossible to synchronize the simultaneous start of 16 machines at once, let alone coordinate the performance of live musicians playing the other instruments. As such, a successful performance wasn’t undertaken until 1926 with a slightly more “human” orchestration of eight pianos, one pianola, instead.

…George and his wife were invited to a dinner party hosted by Janet Gaynor and her husband, where he was introduced to Hedy Lamarr, best described here in an audiobook excerpt. The next day, he phoned Lamarr (who had written her private number of Antheil’s windshield in lipstick) and met her several times, eventually creating a “radio-directed” torpedo, utilizing the synchronization aspects of the pianola rolls (a la [Ballet] Méchanique) to force the radio frequencies guiding the torpedoes to hop frequencies, thereby eluding detection from enemy forces. A patent was granted, but it wasn’t utilized at the time, nor did Lamarr and Antheil earn any royalties from it.

Using this household novelty, the pianola, in a brand new way for his music, along with a chance meeting of Lamarr, resulted in the concept of frequency hopping, which was developed as a secure radio communication system in World War II and is the basis of Wi-Fi and Bluetooth technology today. To learn more about Lamarr and Antheil’s invention, be sure to watch the fullfilm, “Bombshell,” online.

To read more about George Antheil’s life and music, read the full version of this blog on WNET’s Soundwaves.