In 1959, on a hot, muggy evening, jazz great Miles Davis was on a break in between sets at the famed Birdland jazz club in New York City. He went outside to smoke a cigarette in front of the club when, as he described it, “this white policeman comes up to me and tells me to move on.” The drummer Jimmy Cobb, who worked with Davis, recalled that Davis explained that he was working downstairs in the club and that it was his name on the sign outside. Davis was at the peak of his popularity. “Kind of Blue,” one of the most famous of his albums, had just been released.

When the policeman insisted that Davis move along, Davis said “I just looked at his face real straight and hard, and I didn’t move. From out of nowhere, and this white detective runs in and BAM! Hits me on the head. I never saw him coming.” Miles Davis was taken to the police station with a bloodied face. “I would have expected this kind of bull***t back in East St. Louis but not here in New York City, which is supposed to be the slickest, hippest city in the world,” he said. 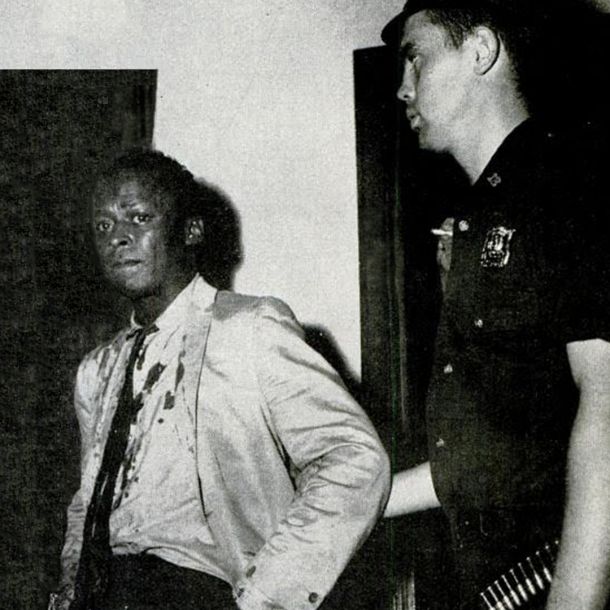 “It is a reminder that no level of accomplishment, no level of achievement, no level of financial success or recognition…actually protects you from the racial hostilities of the United States. Like, damn…there is no way out of this thing,” Farah Griffin, a professor and Chair of African-American & African Diaspora Studies at Columbia University, explained in the film.