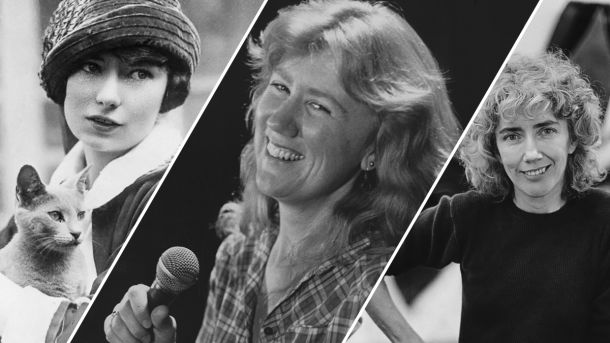 Enjoy these selections, now streaming for a limited time, below and on the PBS Video app.

This intimate portrait of painter and printmaker Elizabeth Murray explores the relationship between her family life and career, and reconsiders her place in contemporary art history. Excerpts from her journals voiced by Meryl Streep, verité footage and home videos show Murray’s internal struggles and ambition. The fifth woman to be celebrated with a retrospective at the Museum of Modern Art, Murray’s paintings still defy efforts at categorization. This film chronicles her journey from an impoverished childhood in Chicago to the extraordinary art world of lower Manhattan.

Margaret Mitchell: American Rebel reveals the multifaceted woman behind Gone with the Wind. A Pulitzer-Prize winner, Mitchell rebelled against the stifling social restrictions placed on women of her era: as an unconventional tomboy, a defiant debutante, a brazen flapper, and, later, as a philanthropist risking her life to fund African-American education – all before an untimely death at age 48. The only novel she published in her lifetime, Gone with the Wind, endures as a classic  Mitchell’s influence on the American cultural landscape.

Holly Near: Singing for Our Lives

An outspoken political activist and singer-songwriter, Holly Near’s music and life story illustrate how song can have the power to send a clarion call and influence the course of social justice. For the last 40 years, Near has worked on global social justice coalition-building in the women’s and lesbian movements. Holly Near: Singing for Our Lives explores the life and work of this talented performer whose virtuoso vocals and songwriting inspire generations of people working to “bend the arc of justice forward.”