Carl Sandburg was, as he said it, 'The Eternal Hobo.' For much of the 20th century, Sandburg was synonymous with the American experience, a spokesman on behalf of 'the people.' See the trailer for 'The Day Carl Sandburg Died,' which premiers nationally Monday, September 24, at 10 p.m. (ET) on PBS (check local listings). 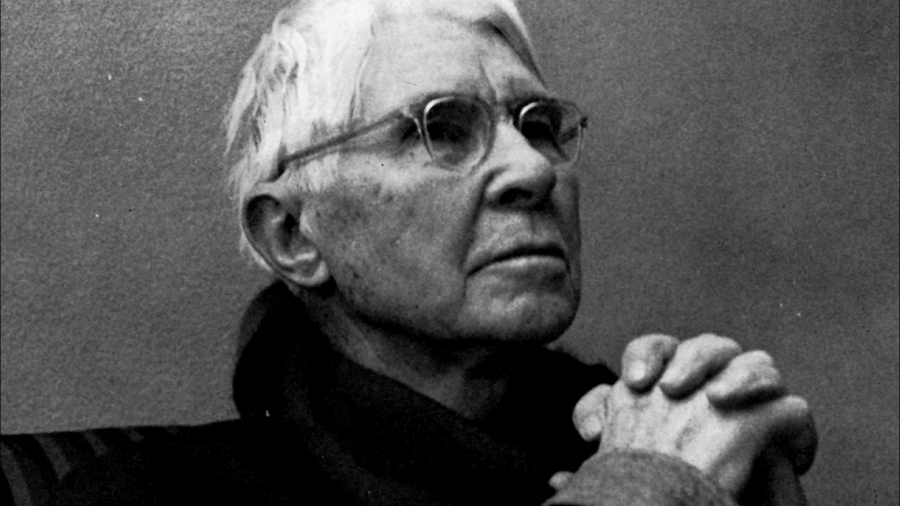 Explore the controversial life and legacy of the three-time Pulitzer Prize-winner Car Sandburg through archival footage and interviews with Pete Seeger, the late Studs Terkel and Norman Corwin, family, poets, and scholars.

For much of the 20th century, Carl Sandburg (Jan. 6, 1878 – July 22, 1967) was synonymous with the American experience, a spokesman on behalf of “the people.” One of the most successful writers in the English language, Sandburg was a three-time Pulitzer Prize-winner for his poetry (Cornhuskers, 1918 and Complete Poems, 1950) and part of his six-volume Lincoln biography (Abraham Lincoln: The War Years, 1939). He was also a groundbreaking journalist, folk song collector, children’s storyteller, political organizer/activist, novelist, autobiographer, and captivating performer. Yet, after his death, Sandburg’s literary legacy faded and his poems, once taught in schools across America, were dismissed under the weight of massive critical attack. The new 90-minute documentary American Masters The Day Carl Sandburg Died commemorates the 45th anniversary of his death, provides a dynamic examination of Sandburg’s life, work and controversial legacy from a modern perspective. The film is available on DVD through PBS Distribution.

Self-proclaimed “The Eternal Hobo,” Sandburg used his unique life as the basis for his radical free-verse poetry: from impoverished beginnings on the Illinois prairie to the halls of Congress to The Ed Sullivan Show. Entertaining audiences on stage, radio and television with his performances, Sandburg enjoyed the kind of fame, fortune and recognition that is rarely, if ever, afforded a poet.

“Sandburg was both a deeply patriotic American and an anarchist. Labor unrest, global wars, socialism, immigration, and race issues were all subjects that fueled him. Much of his writing is as relevant and provocative today as it was when it was first published and shocked the world,” observes Bonesteel, whose films for public television include The Great American Quilt Revival (2005) and The Mystery of George Masa (2003).

“Carl Sandburg was one of the three American poets we knew and loved when I was in high school. I am so delighted he is being discovered by a new generation today – what a shame to miss out on this man’s elegant words!” says Susan Lacy, American Masters creator and executive producer.