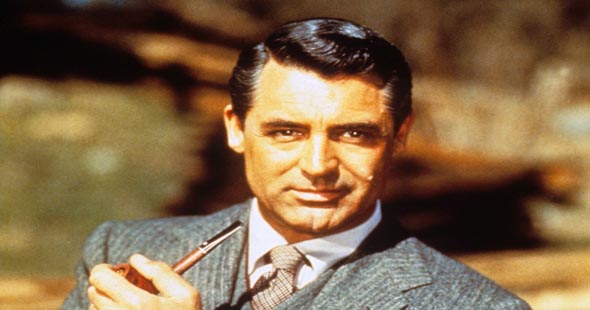 American Masters Online sat down with CARY GRANT: A CLASS APART filmmaker Robert Trachtenberg to discuss Grant and the documentary.

Why do you think the public remains so fascinated by Cary Grant?

He transcends his era in the same way his frequent co-star Irene Dunne is able to do. It’s a timeless appeal that very few performers have – that “X” factor you can’t put your finger on.

How does your film differ from other biographies of the actor?

Fortunately, I had more access than previous biographers. His third wife, Betsy Drake, had never spoken publicly about him before, and his widow, Barbara, had never been interviewed on screen about her life with him. Additionally, we found private photos and footage the public has never seen.

Was it difficult getting his two wives to agree to an interview?

Really difficult! They were both wary of any form of press because they (and Cary) had been so misquoted and mistreated in the past.

How did you convince them?

A lot of phone calls, a lot of emails – I showed them some previous work, and was very frank in explaining to them that there was a way they could be candid and not come off looking petty or spiteful – it’s all in how the answer is contextualized.

Why aren’t Dyan Cannon or his daughter interviewed in the film?

Dyan Cannon declined, but people don’t seem to realize she was with Grant for a very short time, and her attitude towards him vis-a-vis the press has swung dramatically over the years, so I wasn’t too upset. His daughter Jennifer was very sweet and explained that she is just following in her father’s footsteps in regards to giving on-camera interviews.

Grant worked with some of the greatest directors in Hollywood, and later credited them with shaping his career. What did he contribute to those relationships?

If it goes well, the relationship between an actor and a director is like a marriage – it’s based on mutual trust – so he contributed his share of trust. I think you could say he had a good marriage with Cukor, Hitchcock, etc.

Why do you think he stopped making films, and resisted a comeback?

He had worked very hard to create “Cary Grant”, and he wasn’t going to destroy all that work by compromising the public’s image of him. He was too smart for that.

What kept you interested in Grant throughout the process?

Like my previous films on Gene Kelly and George Cukor, I’m always interested in people who start off in rather humble beginnings and really make something out of themselves through sheer will and determination. Also, he’s one of the few performers whose joy of performing comes through on the screen, and that can keep you going for a long time.

Who is today’s Cary Grant?