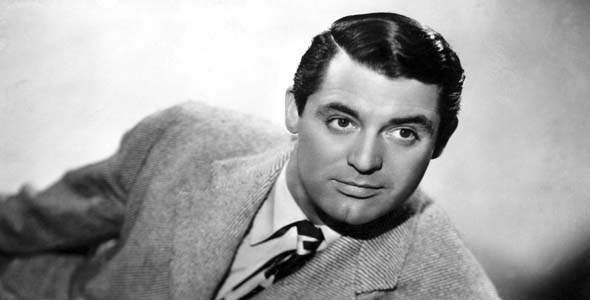 THE AWFUL TRUTH (1937)
Co-Star: Irene Dunne
Director: Leo McCarey
His performances in screwball comedies–particularly “The Awful Truth,” in 1937, his twenty-ninth picture–turned him into the comedian-hero that people think of as Cary Grant.

BRINGING UP BABY (1938)
Co-Star: Katharine Hepburn
Director: Howard Hawks
His relaxed, indelible performances in these screwball classics marked the height of this genre.

NORTH BY NORTHWEST (1959)
Co-Star: Eva Marie Saint
Director: Alfred Hitchcock
His “middle period” is best represented by North by Northwest, where he gives a virtuoso performance that manages to combine comedy, suspense, action, and romance with nimble ease.

CHARADE (1963)
Co-Star: Audrey Hepburn
Director: Stanley Donen
Though not his final film, Charade allows Grant to bow out gracefully as a romantic leading man. Co-starring with Audrey Hepburn, he was wise enough to have the script altered so that Hepburn, several decades younger, pursues him rather than the other way around.