Slacker. Indie filmmaker. Oscar nominee. Writer, director, producer, actor Richard Linklater is all these things and more, a poster boy for the fiercely independent style of filmmaking that emerged out of Austin, Texas in the late 1980s and 1990s.

Slacker. Indie filmmaker. Oscar nominee. Writer, director, producer, actor Richard Linklater (b. July 30, 1960) is all these things and more. Boasting a trove of never-before-seen archival footage, Richard Linklater: Dream is Destiny provides an unconventional look at the fiercely independent style of filmmaking that emerged out of Austin, Texas in the late 1980s and 1990s with Linklater as its poster boy.

Early writings from Linklater’s journals, telling interviews shot at his home and cinéma vérité footage from the set of Everybody Wants Some!! reveal his fearless approach and the extent to which his filmmaking existed, and continues to exist, decidedly outside of the production power bases of Hollywood and New York. Clips from his most beloved films, including Slacker, Dazed and Confused, the Before trilogy and Boyhood, and new interviews with actors and collaborators Matthew McConaughey, Patricia Arquette, Ethan Hawke, Jack Black, Julie Delpy and Kevin Smith, as well as colleagues and friends, including Kent Jones, John Pierson and the late Jonathan Demme, demonstrate his collaborative spirit and process.

Co-directed by Karen Bernstein, Richard Linklater: Dream is Destiny marks the directorial debut of The Austin Chronicle editor and SXSW co-founder Louis Black. An original board member of the Austin Film Society founded by Linklater, who still serves as its artistic director, Black has long been a staple in the Austin filmmaking community and the extent to which he is inseparable from his subject is palpable throughout the documentary, which had its world premiere at the 2016 Sundance Film Festival.

“This film is not just about Richard Linklater and his films but the spirit and need of independent filmmakers and films, emphatically saying to all: just do it! Go and make your film!” said Louis Black.

“Having worked for American Masters in the 1990s, I knew that Richard Linklater would add new meaning to that pantheon of greatness in the arts, and am grateful to Michael Kantor and his staff for recognizing this as well,” said Karen Bernstein, who produced American Masters documentaries on Lou Reed, Ella Fitzgerald, Juilliard and others.

“Since bursting on the scene 26 years ago, Richard Linklater keeps reinventing the form of feature filmmaking. His astounding work has inspired not only audiences, but a whole independent film movement,” said Michael Kantor, American Masters series executive producer. 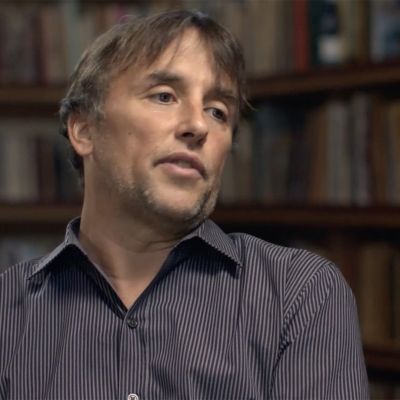 And my guest this evening is Rick Linklater who's directed Slacker.

It was just a really kind of an exciting time - like a whole world had opened up.

Film had sort of taken hold of me as worth my time.

I was amazed looking back how much patience I had. It's a lot of work and people don't want to hear that. No one wants to think how they would have to alter their life. It wasn't something that just came overnight.