Danny Kaye: A Legacy of Laughter

Danny Kaye was a great American entertainer with an enormous creative range, encompassing dance, popular song, classical music, complicated verse, impersonation and improvisation, which melded together into an utterly unique style. He was equally popular and at home on the stage, television, the silver screen, and radio. 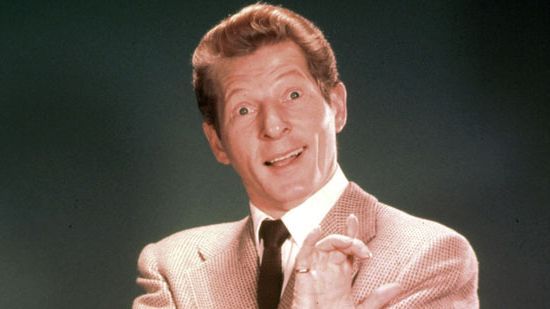 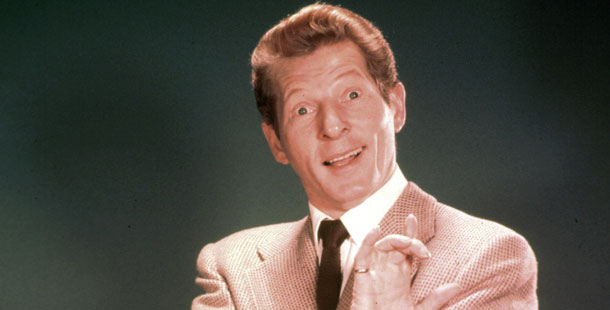 Danny Kaye was a great American entertainer with an enormous creative range, encompassing dance, popular song, classical music, complicated verse, impersonation and improvisation, which melded together into an utterly unique style. He was equally popular and at home on the stage, television, the silver screen, and radio. Over the course of his career, Kaye’s talents were lauded as deeply original and American.

Born David Daniel Kaminsky in Brooklyn in 1913, Danny Kaye was the son of an immigrant Russian tailor. After dropping out of high school he worked for a radio station and later as a comedian in the Catskills. Known as “the Borscht Belt,” the venues throughout the Catskills were often a place for comedians and other entertainers to experiment. After his solo success in the Catskills, the young Kaye joined the dancing act of Dave Harvey and Kathleen Young in 1933. On opening night he lost his balance and the audience broke into a roar of laughter. He would later incorporate this into his act. Throughout the late 1930s Kaye went out and performed on his own—often with material written by his wife, Sylvia Fine.

In 1939 Kaye made his Broadway debut in “The Straw Hat Revue.” Enjoying growing popularity, Kaye won over the Broadway crowd that same year with his show-stopping comic singing in “Lady in the Dark,” in which he rattled off the names of more than fifty polysyllabic Russian composers in thirty-nine seconds in a song called “Tchaikovsky.” Throughout the early 1940s he performed night club acts, on Broadway, and to support the troops overseas during World War II. Though Kaye had appeared in his first film in 1937, it wasn’t until almost ten years later that his film career hit its stride.

As Kaye was already one of the most popular entertainers of his time, Hollywood spared no expense in creating movies that would best showcase his talents. Throughout his career he starred in seventeen movies, including The Kid from Broadway (1946), The Secret Life of Walter Mitty (1947), The Inspector General (1949), Hans Christian Andersen (1952), and the incomparable The Court Jester (1956). In The Court Jester, Kaye displays the vocal talents which made him famous when he says simply, “The pellet with the poison’s in the vessel with the pestle, the chalice from the palace has the brew that is true”

A strong advocate for social responsibility, in 1954 Kaye began his long-standing association with the United Nation’s Children’s Fund, and that same year won a special Academy Award for his humanitarian work. Throughout the late 1950s and early 1960s Kaye continued to work in the movies and in 1963 had his own television show. The Danny Kaye Show ran for four years and was an enormous hit, winning an Emmy in its first season. Though the 1970s and 1980s found Kaye less popular, he continued to be a strong supporter of UNICEF, and appeared in their short film, Pied Piper. Of his many charitable performances, his work for symphony musicians’ pension funds was the most popular. He raised more than ten million dollars by performing benefit concerts, where he was known to conduct “The Flight of the Bumble Bee” with a flyswatter. In one of his final performances, Kaye proved the versatility of his talent and earned rave reviews for his impassioned portrayal of a Holocaust survivor in the 1981 television move Skokie.

In 1987 Kaye died of a heart attack in Los Angeles, California. An amazing actor, singer, dancer, comic, and all-around entertainer, Kaye was a Renaissance man off the stage as well, where he was a celebrated chef, a baseball team owner, and an airplane pilot, flying everything from Piper Cubs to Boeing 747’s. His deep and continued commitment to the betterment of the peoples of the world was an inspiration to all, and his intelligent humor created a style all his own that made him one of the most beloved entertainers of his time. 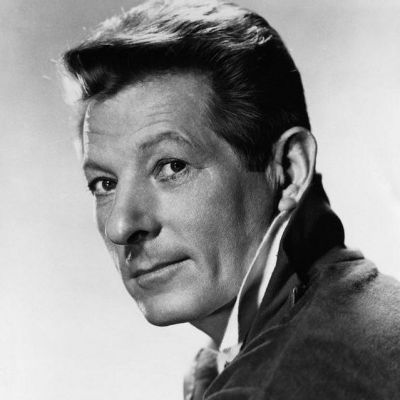