Gregory Peck was for more than fifty years a major presence in the theater, on television, and most importantly, on the big screen. 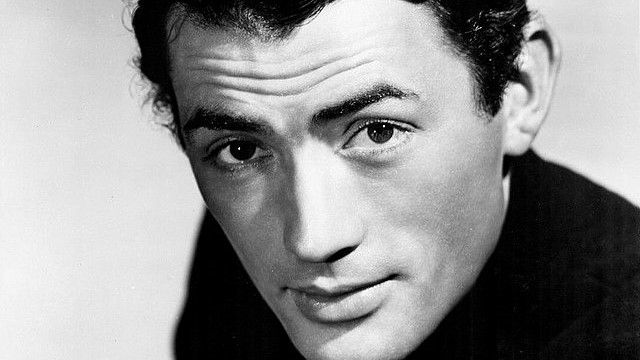 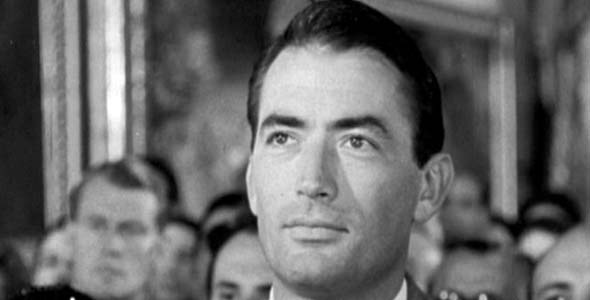 Among the celebrated pantheon of Hollywood royalty, few are as well-respected and universally adored as Gregory Peck. For more than fifty years, he was a major presence in the theater, on television, and most importantly, on the big screen. For many, Peck was a symbol of the American man at his best – a pillar of moral courage and a constant defender of traditional values. As General MacArthur, Melville’s Captain Ahab, and Atticus Finch, he presented audiences with compelling stories of strength and masculinity.

Eldred Gregory Peck was born in 1916, and spent most of his early life in and around La Jolla, California. By the time he was six, his parents had divorced. His mother married a travelling salesman and was often away with her new husband, while his father, a local pharmacist, spent much of the time working the night-shift. For a number of years he lived with his maternal grandmother, but at the age of ten was sent to St. John’s Military Academy in Los Angeles. The four years he spent there were important in forming his sense of personal discipline. There he also began to acquire a sensitivity to the social importance of authority figures – a topic that remained important throughout his career. After the Academy, he returned to live with his father, and to attend public high school.

After graduating, Peck enrolled at the University of California, Berkeley. Greatly influenced by his father’s desires for him to be a doctor, Peck began as a pre-med student. By the time he was a senior, however, he found his real interests to be in writing and acting. Initially drawn to the communal, almost familial, aspects of the theater, Peck soon realized that he had a natural gift as both an expressive actor and a storyteller. After graduating in 1939, he changed his name from Eldred to Gregory and moved to New York. There, his abilities were almost immediately recognized. Within a year he began to fill small roles in travelling shows and in 1942, made his debut on Broadway with “The Morning Star.” Though many of his early plays were doomed to short runs, it seemed clear that Peck was destined for something bigger. In 1944 that “something bigger” arrived in the form of his first two Hollywood roles, as Vladimir in DAYS OF GLORY and Father Francis Chisholm in THE KEYS TO THE KINGDOM.

While DAYS OF GLORY was coolly received, his role as the taciturn Scottish missionary in THE KEYS TO THE KINGDOM was a resounding triumph and brought him his first Oscar nominations for Best Actor. This early success provided him the rare opportunity of working with the best directors in Hollywood. Over the next three years he appeared in Alfred Hitchcock’s SPELLBOUND (1945), King Vidor’s DUEL IN THE SUN (1946), and Elia Kazan’s GENTLEMAN’S AGREEMENT (1947). More than any other of his early roles, it was as Phil Green in the ground-breaking depiction of American anti-Semitism, GENTLEMAN’S AGREEMENT, that solidified his image as a man of great moral conviction. Despite concerns over public acceptance of the project, it surprised many by winning an Oscar for Best Picture and a nomination for Best Actor. This success seemed not only a validation of Peck’s abilities as an artist but of his moral convictions as well.

Though an amiable and fun-loving man at home, Peck’s stern presence made him one of the screen’s great patriarchs. Tough and caring, he was the quintessential mid-century American man – the good-looking romantic lead across from Audrey Hepburn as well as the rugged World War II bomber commander. For many, the actor and the characters he portrayed were inseparable; the authority of his passionate yet firm demeanor was attractive to post-war Americans who longed for a more stable time.

During the 1960s and 1970s, Peck continued to challenge himself as an actor, appearing in thrillers, war films, westerns and in his best known film, TO KILL A MOCKINGBIRD. Based on the book by Harper Lee, TO KILL A MOCKINGBIRD addresses problems of racism and moral justice in personal and powerful ways. As Atticus Finch, a lawyer in a small Southern town, Peck created a character that remains a great example of an individual’s struggle for humanity within deeply inhumane conditions. It seems clear however, that the reason for Peck’s constant assertion that TO KILL A MOCKINGBIRD is his best (and favorite) film, was the film’s attention to the lives of children and the importance of family. From THE YEARLING (1946) to CAPE FEAR (1962) familial concern has been the underlying structure from which his greatest characters have grown.

While continuing to act on television and in Hollywood throughout the 1980s and 1990s, including a remake of CAPE FEAR in 1991, Peck focused much of his energy on spending time with his wife, children, and grandchildren. For Peck, life as a father and as a public figure have been inseparable-; he was simultaneously a major voice against the Vietnam war, while remaining a patriotic supporter of his son who was fighting there. If years of breathing life into characters such as Captain Keith Mallory and General MacArthur taught him anything, it was that life during wartime was profoundly complex; and rarely has there been a time free from war or struggle. In his more than fifty films, Peck continually attempted to investigate these complex struggles, and in doing so, created a library of stories that shed light on human possibility and social reality.

At 85, Peck turned his attention back to where he got his start, the stage. He traveled the country visiting small play houses and colleges, speaking about his life and experiences as a father, a celebrity, and as an actor. 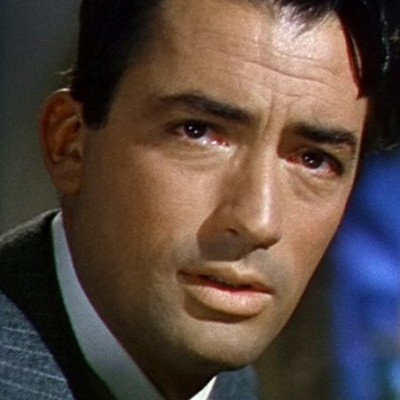