Despite his commercial success, Marvin Gaye was troubled by internal conflict and relationship problems. The first two clips, from Marvin Gaye: What’s Going On, explore a difficult period in Marvin’s life, when his first marriage was on the rocks.

The remaining clips are extended versions of interviews with people who knew Marvin during his time at Motown. Gladys Knight, of Gladys Knight and the Pips, worked with Marvin at Motown from the mid ’60s to early ’70s. Songwriting duo Nickolas Ashford and Valerie Simpson wrote several duets for Marvin and Tammi Terrell, including “Ain’t No Mountain High Enough.” Otis Williams, the last surviving original member of the Temptations, recalls a special moment with Marvin at a piano in a Motown studio. Weldon McDougal worked in promotion at Motown and helped generate interest in Marvin’s albums. Ben Fong-Torres interviewed Marvin for a piece in Rolling Stone. 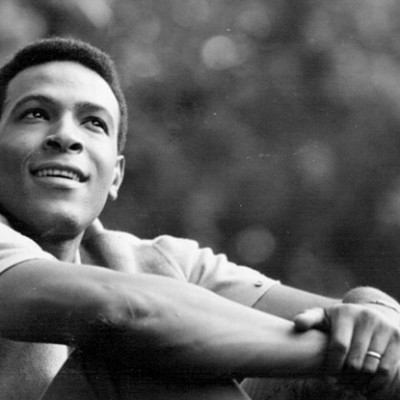 Lillian Gish: The Actor's Life for Me
Rita Moreno: Just a Girl Who Decided to Go For It
Cab Calloway: Sketches
Atlantic Records: The House that Ahmet Built
Bob Dylan: No Direction Home
Judy Garland: By Myself