Read the text-version of the interview:

When I was asked by Susan Lacy, the executive producer of AMERICAN MASTERS, to do the Marvin Gaye documentary, about a year ago, I thought I knew everything about Marvin that was to be known, you know. I grew up with his music. I knew about his untimely death at the hands of his father, but as I started to do the research, reading a number of books, David Ritz’s A Divided Soul, Trouble Man, and a book by Michael Eric Dyson about Marvin, I found out that he was not only a musical genius but a very complicated, troubled man… really the stuff of great dramas.

So, it became a very exciting, sort of anthropological search, to dig deep into Marvin Gaye’s life and understand who he was and where he came from.

I already knew a lot about Marvin Gaye, on a certain level, because I grew up in the ’60s at the height of the Motown era where Marvin was affiliated with, so I was very familiar with Motown Records, and Smokey Robinson, and The Miracles, and The Temptations, and The Supremes, and Mary Wells, and Martha and the Vandellas, and Stevie Wonder, and Marvin Gaye. So I knew all his music, “Pride and Joy,” “Stubborn Kind of Fellow,” “How Sweet It Is”… I was very familiar with all of his stuff.

And I was 19, 20 years old when What’s Going On came out, and I remember it being a phenomenal piece of music. You know, it was a different kind of music coming out of Motown, it was a concept album, it was storytelling, and it really touched me and a lot of my friends.

And coincidentally, about four years after it came out — I used to fence in college, and I belonged to a fencing club, and we were doing a summer program for some young people. We decided to create this stage play, and we created a stage play based on What’s Going On. And I remember that was the music that was going to be the foundation to tell the story about a young man coming home from Vietnam and looking at the struggles and the trials and tribulations that were happening in the inner cities of New York City and the states in the early 1970s. So it was a touchstone for me then.

What was also good about this documentary and the process of shooting it was getting the opportunity to meet people and interview the people who knew Marvin intimately — Mary Wilson of The Supremes, Smokey Robinson, [Nickolas] Ashford and [Valerie] Simpson who created those great songs for Marvin and Tammi Terrell, “Ain’t No Mountain High Enough,” “Your Precious Love,” and others. You know, Gladys Knight, who was also on the Motown label, Claudia Robinson who was Smokey Robinson’s ex-wife, who was a member of The Miracles and who was also very intricately involved in Motown… they all had these wonderful, powerful things to say about who Marvin was as a music maker, who Marvin was as a man, how sensitive he was, how shy he was, how complicated he was, how tragic he was.

And one of the lines that really stands out to me, is Smokey Robinson said in an interview I did with him that Marvin’s last words supposedly were “I just want people to love me.” His reaction was, it wasn’t that Marvin didn’t have people who loved him — people did love Marvin — but that Marvin didn’t love himself. And to me, just that line is Shakespearean. And Marvin Gaye’s life was Shakespearean, and it was a wonderful opportunity to do a person, who musically is a genius but who as a human being had a life that echoed Shakespeare.

But I think that at the end of the day, with all the troubles and all the complications that Marvin Gaye had, you’ll always remember him for his music. And you can turn on any radio at any time any place in the country and even in the world, and you can hear something of Marvin Gaye, you know, “Save the Children,” “What’s Going On,” “Inner City Blues,” “Sexual Healing,” “Pride and Joy.” His voice reached the masses. I mean he really sang, as they say, the cliché line, he sang from his heart. So it’s really been a pleasure to direct and co-produce this film about Marvin Gaye who I just think was a just a magnificent, magnificent artist — and an American master. 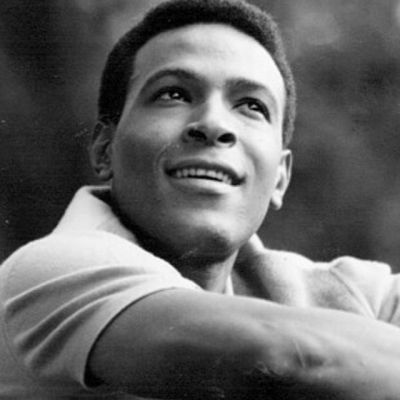 Dionne Warwick on Lena Horne and her musical influences
Joan Rivers’ Early Inspiration from Make ‘Em Laugh
Sweet Honey in The Rock: Raise Your Voice
Loretta Lynn: Still a Mountain Girl
John Ford/John Wayne: The Filmmaker and the Legend
Judy Garland: By Myself