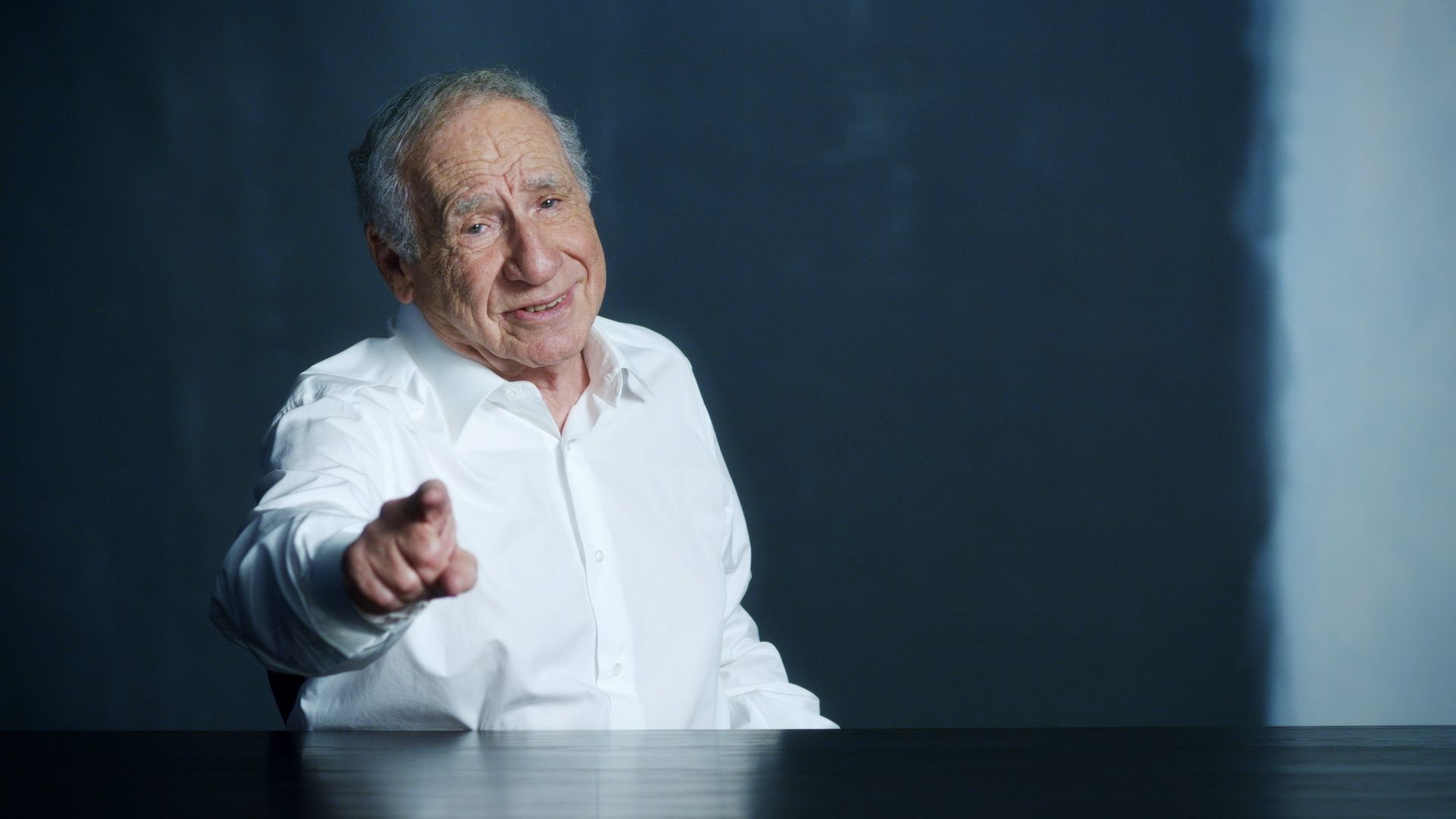 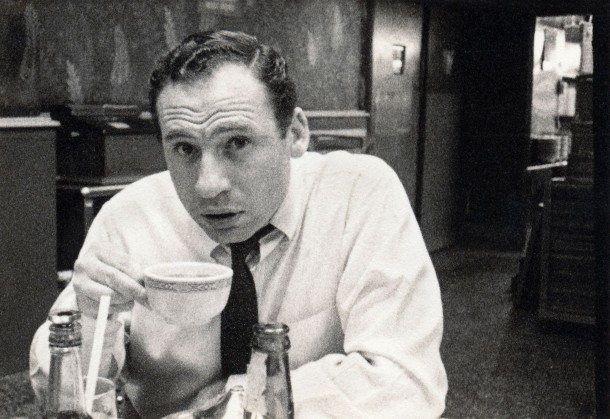 1980 – Brooks produces Fatso written and directed by wife Anne Bancroft. First picture produced by Brooksfilms.
1980 – Brooks produces The Elephant Man and hires David Lynch to direct.
1981 – Brooks writes, produces, directs and stars in History of the World Part I. Earns $31 million at the box office.
1982 – Brooks produces My Favorite Year and hires Richard Benjamin to direct.
1982 – Brooks produces Frances.
1983 – Brooks stars alongside Anne Bancroft in To Be or Not to Be directed by Alan Johnson. Earns only $13 million at box office. “To Be Or Not To Be” (The Hitler Rap) from the film’s soundtrack was performed by Brooks and peaked at #12 on the UK Singles Chart in Feb ’84 and #3 on the Australian Singles Chart
1986 – Brooks produces The Fly. Hires David Cronenberg to direct.
1987 – Brooks writes and directs Spaceballs.
1989 – Brooks creates The Nutt House TV series with co-executive producer Alan Spencer. Series features Harvey Korman and Cloris Leachman and is originally broadcast on NBC. Eleven episodes were recorded but the network aired only six before cancelling the show.

1991 – Brooks writes and directs Life Stinks. Only film that Brooks directed that is neither a parody or satire on a particular work or genre. Also the last time Brooks played the leading role.
1993 – Brooks writes and directs Robin Hood: Men in Tights. Gene Siskel put the film in his “Worst of 1993” list and said Brooks had “clearly lost his way” in comedy.
1995 – Brooks writes and directs Dracula: Dead and Loving It.
1997-to-1999 – Wins three consecutive Emmy Awards for Outstanding Guest Actor in a Comedy Series for his role as Uncle Phil in Mad About You.
1999 – Awarded Grammy for Best Spoken Comedy Album with Carl Reiner for The 2000 Year Old Man in the Year 2000.

2001 – Adapts The Producers into a Broadway Musical. Show breaks all records by taking home twelve Tony Awards. Three went to Mel personally for Best Musical, Best Original Musical Score and Best Book of a Musical.
2005 – Brooks adapts The Producers musical to big-screen adding cast members Will Ferrell and Uma Thurman.
2007 – Brooks adapts Young Frankenstein into a broadway musical. After test runs in Seattle, it opens on Broadway on Nov. 8 to mixed reviews. Closes in Jan. 2009 after 484 performances.
2007 – Brooks creates Spaceballs: The Animated Series. The show runs for only 15 episodes and ends in 2009.
2009 – Brooks is one of five recipients of the 2009 Kennedy Center Honors presented by President Barack Obama.
2013 – The American Film Institute presents Brooks with the AFI Life Achievement Award.

Clip | Bernadette Peters on Mel Brooks: “…he’ll get away with things because they were truly funny.”
Clip | Comic Legend Sid Caesar Discovers that Beethoven and Mozart are Dead!
Spaceballs: The Art of the Trope (or, making the cliché absurd)
Young Frankenstein: The Art of the Homage
Blazing Saddles: The Art of the Stereotype
Mel Brooks Biography

Johnny Carson: King of Late Night
Joe Papp in Five Acts
A Letter to Elia
Preston Sturges: The Rise and Fall of an American Dreamer
Lena Horne: In her Own Words
Neil Simon: Not Just for Laughs