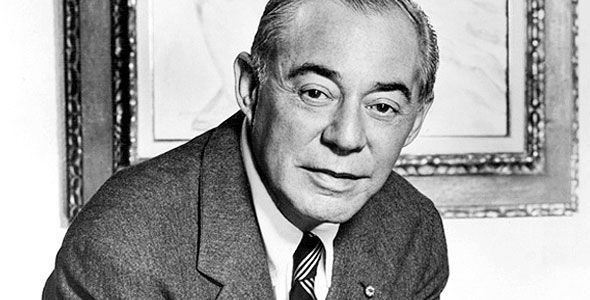 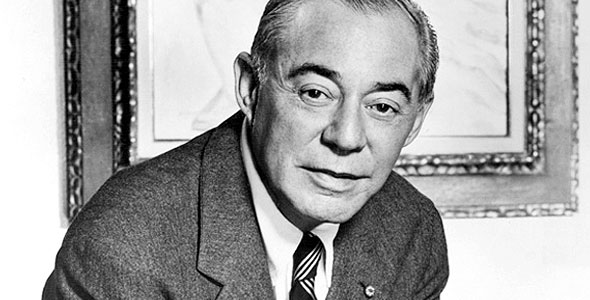 Richard Rodgers’ contributions to the musical theatre of his day were extraordinary, and his influence on the musical theatre of today and tomorrow is legendary. His career spanned more than six decades, and his hits ranged from the silver screens of Hollywood to the bright lights of Broadway, London and beyond. He was the recipient of countless awards, including Pulitzers, Tonys, Oscars, Grammys and Emmys. He wrote more than 900 published songs, and forty Broadway musicals.

Richard Charles Rodgers was born in New York City on June 28, 1902. His earliest professional credits, beginning in 1920, included a series of musicals for Broadway, London and Hollywood written exclusively with lyricist Lorenz Hart. In the first decade of their collaboration, Rodgers & Hart averaged two new shows every season, beginning with POOR LITTLE RITZ GIRL, and also including THE GARRICK GAIETIES (of 1925 and 1926), DEAREST ENEMY, PEGGY-ANN, A CONNECTICUT YANKEE and CHEE-CHEE. After spending the years 1931 to 1935 in Hollywood (where they wrote the scores for several feature films including LOVE ME TONIGHT starring Maurice Chevalier, HALLELUJAH, I’M A BUM starring Al Jolson and THE PHANTOM PRESIDENT starring George M. Cohan), they returned to New York to compose the score for Billy Rose’s circus extravaganza, JUMBO.

Earlier that year Rodgers had joined forces with lyricist and author Oscar Hammerstein II, whose work in the field of operetta throughout the ’20s and ’30s had been as innovative as Rodgers’ own accomplishments in the field of musical comedy. OKLAHOMA! (1943), the first Rodgers & Hammerstein musical, was also the first of a new genre, the musical play, representing a unique fusion of Rodgers’ musical comedy and Hammerstein’s operetta. A milestone in the development of the American musical, it also marked the beginning of the most successful partnership in Broadway musical history, and was followed by CAROUSEL (1945), ALLEGRO (1947), SOUTH PACIFIC (1949), THE KING AND I (1951), ME AND JULIET (1953), PIPE DREAM (1955), FLOWER DRUM SONG (1958) and THE SOUND OF MUSIC (1959). The team wrote one movie musical, STATE FAIR (1945), and one for television, CINDERELLA. (1957). Collectively, the Rodgers & Hammerstein musicals earned 34 Tony Awards, 15 Academy Awards, two Pulitzer Prizes, two Grammy Awards and 2 Emmy Awards. In 1998 Rodgers & Hammerstein were cited by Time Magazine and CBS News as among the 20 most influential artists of the 20th century and in 1999 they were jointly commemorated on a U.S. postage stamp.

NO STRINGS was not the only project for which Rodgers worked solo: as composer/lyricist he wrote the score for a 1967 television adaptation of Bernard Shaw’s ANDROCLES AND THE LION for NBC; contributed songs to a 1962 remake of STATE FAIR; and to the 1965 movie version of THE SOUND OF MUSIC. He composed one ballet score (GHOST TOWN, premiered in 1939), and two television documentary scores — VICTORY AT SEA in 1952 and THE VALIANT YEARS in 1960 (the former earning him an Emmy, a Gold Record and a commendation from the U.S. Navy.)

Richard Rodgers died at home in New York City on December 30, 1979 at the age of 77. On March 27, 1990, he was honored posthumously with Broadway’s highest accolade when the 46th Street Theatre, owned and operated by the Nederlander Organization, was renamed The Richard Rodgers Theatre, home to The Richard Rodgers Gallery, a permanent exhibit in the lobby areas presented by ASCAP which honors the composer’s life and works.

This essay was generously provided by the Rodgers & Hammerstein Organization. 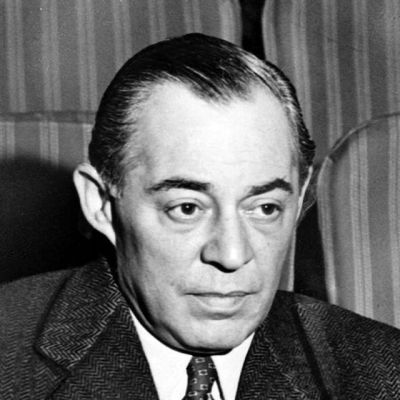