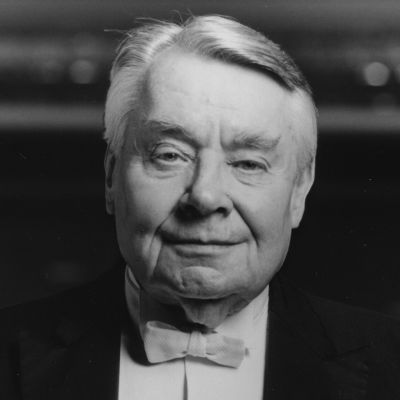 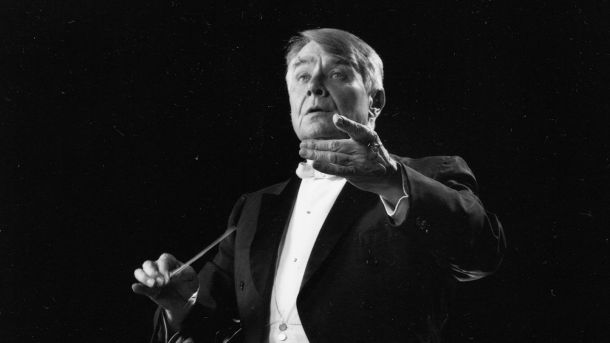 Robert Lawson Shaw was born on a Sunday, April 30th, 1916, the second of five children. He was born in Red Bluff, a small town in the northern reaches of California. His family was a clerical one where both his father and grandfather were ministers. His mother sang in church choirs and, by his own testimony, almost all the family members sang as entertainment but also as practice.

Robert Shaw attended Pomona College to study philosophy, literature and religion with the intention of becoming a minister like his father. If his father was ill, Shaw would step in at the pulpit in his place. At Pomona, he also joined the glee club where he stepped in to lead the vocal group when the usual conductor fell ill. This happened to be at the same time that the famous band leader Fred Waring was making a film on Pomona’s campus. Waring came to hear the ensemble and was impressed with Shaw’s leadership. Waring asked Shaw to come to New York and create a men’s choral group for Waring.

Shaw’s initial response was ‘no’. Shaw was on a path to the ministry. But his father became ill and The Great Depression was at hand so the family needed money. Shaw contacted Waring and asked if the offer was still open. It was and Robert Shaw headed for New York City. Instead of using the money Waring sent him for a flight, Shaw took a bus to New Orleans and then a freighter to New York where he gave Waring the left-over fare. The year was 1938. Shaw was 22 years old with no formal music training and New York City was in full swing.

Robert Shaw was soon conducting the new chorus he had created for Waring and performing 500 live shows a year on NBC.

A year later, in 1939, Robert Shaw met and married Maxine Farley. They moved to the New York suburb of Scarsdale and were soon expecting their first of three children.

Even though he had even less exposure to classical music than popular music, Shaw decided that he needed to begin the move away from popular music and, in 1941, Shaw founded the Collegiate Chorale, an amateur chorus focused on classical repertoire. The next year he begins work for the NBC Symphony and that year earns his first major honor – “Outstanding American-born Conductor of the Year.”

In 1943, he becomes the Choral Director for the Broadway musical “Carmen Jones” and that year wins another significant award – “Most Important American Conductor.” This is followed by a Guggenheim fellowship in 1944 and in 1945, he meets and works with Toscanini forming a lasting relationship. He is still not yet 30 years old.

In 1946, Shaw forms the Robert Shaw Chorale, a professional touring and recording chorus their first Christmas album is recorded. The group will record and tour for almost 20 years in places as diverse as the rural South, as far-flung as Europe and the Middle East. The 1957 album “Christmas Hymns and Carols” is the first classical record to be certified “Gold.” The esteem of this group is such that Shaw is able to commission pieces from the leading composers of the day.

In the early 1950s, Robert Shaw is the conductor and music director for the San Diego Symphony’s summer seasons. About this time, he also begins to collaborate on choral arrangements with Alice Parker, a young composer whom he first encountered during a brief and otherwise unsuccessful teaching stint at Julliard. Many of their arrangements become iconic standards in the choral world.

In 1957, Robert Shaw accepts George Szell’s offer to be the Associate Conductor of the Cleveland Orchestra and to build a symphony chorus for the esteemed Cleveland ensemble. This is a difficult period for Shaw because he and Szell have very different temperaments, causing early clashes.  But Shaw remains there for 11 full years learning what he needed to know about conducting at the tutelage of one of the world’s best.

With this background, Shaw could then go on to build his own orchestra and chorus and in 1967 he accepts the directorship of the Atlanta Symphony Orchestra. He rapidly built the part-time amateur symphony into a full-time, world-class orchestra and created one of the world’s greatest orchestra choruses.

The recordings he made with Telarc went on to win more than 16 Grammy awards. Many remain the gold standard recordings of the particular pieces.

The Awards and Honors

Over his career, Robert Shaw received dozens of awards and honors including the George M. Peabody Medal and the National Medal of the Arts. In 1991, he received America’s highest award for artistic achievement – the Kennedy Center Honors. In later years, he would note that, of all the honorary degrees that he received, the degree from Morehouse – the historically black college in Atlanta whose glee club regularly graced the Atlanta Symphony stage – was the one he cherished most.

After Shaw’s forced retirement from the Atlanta Symphony Orchestra, he began conducting the annual and highly esteemed choral workshops at Carnegie Hall, and guest conducting around the world.

At the age of 82, while attending his son’s thesis performance of Samuel Beckett’s “End Game” at Yale University, Shaw suffers a stroke and dies shortly after on January 25th, 1999. Shaw’s vibrant legacy lives on today in the way conductors prepare their choruses, in the recordings people turn to for the definitive performance of a piece of music, and in the memories shared about the extraordinary performances either by those who heard them or those who performed them.

More From Robert Shaw – Man of Many Voices (4)