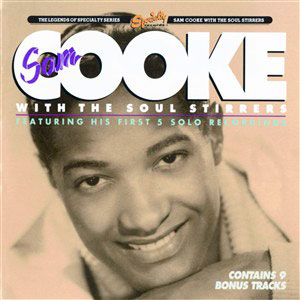 Sam Cooke has arguably been the most influential singer of the past four decades. Today, 26 years after his tragic death, elements of his unique style continue to reverberate through pop, soul, gospel, reggae, and even bluegrass music. “He’s got to be the best singer that ever lived, bar none,” legendary record producer Jerry Wexler has stated. “Modulation, shading, dynamics, progression, emotion, every essential quality—he had it all.”

Born Sam Cook (the “e” was added later) on January 22, 1931 in Clarksdale, Mississippi, the son of the Reverend Charles Cook, Sr. and Annie May Cook, he moved to Chicago with his family in 1933. As a boy, he sang with his brothers Charles, Jr. and L.C. and sisters Mary and Hattie in a gospel group called the Singing Children.

Charles Copland’s daughter was dating baritone singer R.B. Robinson of the Soul Stirrers at the time, and Robinson and other members of the nationally renowned Chicago-based quartet began tutoring the Q.C.’s. The younger group became sort of a little league version of the older and would provide it with future members, including Sam Cooke and Johnnie Taylor.

The Soul Stirrers had started out as teenagers too—in 1926 in Trinity, Texas. In 1937, a year after making their recording debut for the Library of Congress, they added a fifth member, R.H. Harris, who took the group in new musical directions. He moved the Soul Stirrers away from the old-fashioned jubilee style and into modern gospel and introduced the concept of having a second lead singer, which enabled four-part harmony to be maintained behind the alternating leads. With Harris at the helm—his soaring, sometimes sweet, sometimes gritty tenor often phrasing in delayed time—the Soul Stirrers became the most influential male gospel group in America by the mid-Forties.

When Harris quit at the end of 1950, Soul Stirrers’ manager and tenor harmony singer S. R. Crain (the only surviving member of the 1926 edition) recruited Cooke to take Harris’s place. Although Cooke once stated that he had no conscious vocal influences, he sometimes sounded uncannily like Harris at the beginning of his tenure with the group. “He was closer to me than anybody I know,” Harris has stated.

Yet it was clear even at the start that Cooke was no mere Harris imitator. His effortlessly floating vocal manner, marked by wondrous rhythmic and melodic invention, became increasingly pronounced as he settled into his role as the Soul Stirrers’ star lead.

“He made a change about ’53 or ’54,” Harris said. “He made a change in the yodel. See, the yodel is originally mine, but he perfected another sound and that’s the thing that really made a difference between him and myself. He was one of the greatest verse singers there was. His diction and pronunciation was perfect.”

“Sam was about the best singer that I sung with in the Soul Stirrers—better than Harris,” said Paul Foster. As the group’s second lead singer from 1949 to 1963, Foster had worked alongside Harris and Cooke, as well a such subsequent first leads as Johnnie Taylor and Jimmy Outler.

Besides being a brilliant vocalist, Cooke was a prolific songwriter. “Songs would just come to him,” Foster recalled. Although Crain was also a gifted composer, it was Cooke who provided the majority of the group’s original material during his six-year stay, including such classics as “Nearer to Thee,” “Be with Me Jesus,” “Touch the Hem of his Garment,” and “That’s Heaven to Me.”

Just 19 when he joined the Soul Stirrers, Cooke gave the veteran group its first sex symbol. Teenagers began attending performances in increasing numbers. “He was more acceptable to the younger people,” Harris explained. “He was about the popularest singer that was out there at the time because he was young, nice-looking, and very friendly,” added Foster.

This Specialty Records collection presents 20 of Cooke’s finest performances with the Soul Stirrers, plus five of his earliest pop sides, tracing in chronological order the development of his style over a six-year period.

It begins with his very first recording, “Peace in the Valley” from March 1, 1951, on which Cooke sounds remarkably like Harris. Yet on “Jesus Gave Me Water” (available on Specialty 2137) from the same session, the seeds of Cooke’s own style become more evident. By 1953, it had crystallized. While retaining some of his gritty edge, Cooke’s phrasing became increasingly lilting, soaring gracefully over the background harmony chants. On that year’s “Come and Go to That Land,” he marvelously dissects the word “joy,” repeating it over and over, each time differently and more joyous. His trademark “whoa-ooh-oh-oh-oh” yodel makes its first appearance on “He’ll Make a Way” from the following year.

The second lead voice on many of these Soul Stirrers selections is that of Paul Foster, whose often raspy and shouting delivery is in marked contrast to Cooke’s liquid style. (The close interaction between the two on 1956’s “Must Jesus Bear This Cross Alone?” is especially stirring.) They formed the most popular double-play team in gospel music during the Fifties, yet Cooke had other ambitions, which he confided to Foster one night.

“We was sharing rooms together,” Foster recalled. “I was sitting up looking at TV, and he said, ‘You know, Paul, I’m thinking about going out for myself. I think I made it about as far as I wanna go in the spiritual field. I want to get out in the pop field and make a name for myself. I want to have, not a Soul Stirrers name, but a Sam Cooke name, and I would like for you to come with me.’ I said, ‘I would like very well to go with you, but that’s not my field. I don’t think I’d like it over there. I feel more safety on this side.’”

Cooke cut his initial pop sessions for Specialty while still a member of the Soul Stirrers. The first was “Loveable,” modeled in part on his Soul Stirrers classic, “Wonderful.” In order to hide Cooke’s identity from the ever-critical gospel audience, the label issued it as by “Dale Cook.”

Specialty owner Art Rupe was not pleased with Cooke’s new direction. A dispute developed, resulting in Cooke’s release from his contract with the label. The settlement also enabled producer Bumps Blackwell to take some of the demos he’d been working on with Cooke, including “You Send Me,” to another label. As “You Send Me” climbed the charts, Specialty took another demo still in its possession, “I’ll Come Running Back to You,” which had originally featured just Cooke and his guitar, and overdubbed it with a band and a vocal group. The result placed #1 on the R&B chart and at #18 pop.

Between 1957 and 1965, Sam Cooke scored 29 Top 40 hits on the pop charts and 34 on the R&B charts, with “You Send Me” placing at #1 on both. He became the idol of a generation of pop music fans, both black and white, and was eventually characterized as “the man who invented soul.” His seminal Specialty sides remain, however, the crowning artistic achievements of his too-brief career. Listen, and hear for yourself. 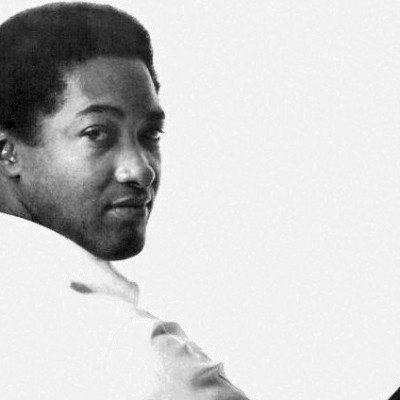 Sam Cooke
Singer
Jan 22, 1931 - Dec 11, 1964
VIEW MASTER COLLECTION
Features
Crossing Over
Production Credits
You May Also Like
Fats Domino and The Birth of Rock 'n' Roll
Marian Anderson: The Whole World in Her Hands
Lou Reed: Rock and Roll Heart
Jimi Hendrix: Hear My Train A Comin'
John Cage: I have Nothing to Say and I'm Saying It
James Brown: Soul Survivor