Two-time Emmy Award-winning producer Dick Wolf answered some questions for American Masters about his role as exective producer for When You’re Strange, a film about The Doors. Wolf talks about his collaboration with Tom DiCillio and why The Doors qualify as American Masters. 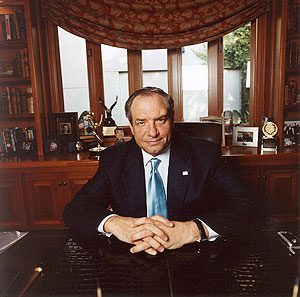 American Masters: In episodic television the producer is very closely involved with creative decisions. What was your role like working on this documentary film?

Dick Wolf: Our strength as a production company is picking the right people for the job.  My operating philosophy has always been the same – all of us working on the film had years of experience.  As a result, communication, particularly with (producer) Peter Jankowski was shorthanded and the end result speaks for itself.

What first sparked your interest in producing documentaries?

When Bill (Guttentag) got involved with us on Crime & Punishment and Twin Towers, Peter (Jankowski) and I embraced the documentary genre as a logical extension of our work at Wolf Films. We realized this is a genre that allows us as filmmakers to explore information and insights in a much more layered and in depth process.

Are you  a Doors fan?

All my life, from their first album.

Their music is hypnotic and complex.

How did the collaboration with Tom DiCillo come about?

Peter (Jankowski) and I knew of Tom and his amazing work on indie films, and I got to know him when he directed episodes of Law & Order: Criminal Intent.  He was a perfect choice for this because of his attention to detail, and his vision. He was able to find the balance between performance and art.

How did you make the decision to tell the story entirely through archival documents?

The footage speaks for itself.  There was no need to have talking heads explain what was obvious from this never before seen footage.

The film is a snapshot of an era.  What do you think audiences today can learn from that?

In a world where commerce often trumps creativity, Jim and The Doors remind us that no true art is made without risk and music is the universal language.

Why do you think The Doors belong on American Masters?

By receiving the imprimatur of PBS, the film automatically becomes the document of record about one of the greatest groups in history. 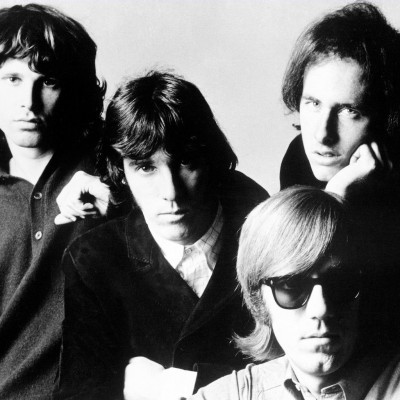 The Doors
Rock Band
Dec 31, 1899 - Dec 31, 1899
VIEW MASTER COLLECTION
Features
Clip | Interview with Robby Krieger
Clip | Interview with John Densmore
Clip | About The Film
You May Also Like
Gene Kelly: Anatomy of a Dancer
Fats Domino and The Birth of Rock 'n' Roll
Lena Horne: In her Own Words
Inventing David Geffen
The Day Carl Sandburg Died
Joan Rivers: A Piece of Work