Jason Fine first convinced his boss at Rolling Stone to let him cover Brian Wilson’s burgeoning solo career in 1997. Since then, Fine and Wilson have enjoyed a lasting friendship. 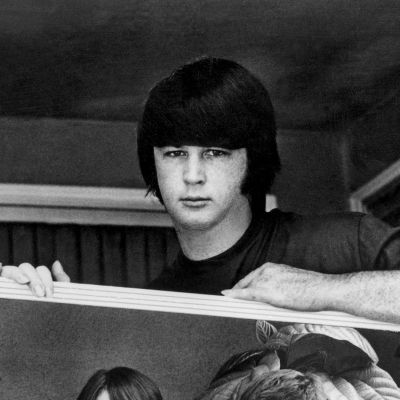 I went to interview him for the paper I was working for at the time and we had a nice chat.

And when I first came to work at Rolling Stone in 1997, Brian had begun to start what was gonna be sort of a solo career.

He was putting a band together, he was releasing a record called 'Imagination,' and I convinced Jann, my boss, to let me go to Chicago where he was rehearsing.

One of the first times we spoke, we're sitting in his living room, we're talking, and sort of right in the middle of our chat, about 10 minutes in, he just started to fidget and he said, 'I gotta go.'

And he got up and he left, and I was sitting there, and I didn't know if he was coming back or not coming back, and I waited a while, and then I just sort of started looking around, and I found myself in the kitchen, where I found Brian in the refrigerator.

He said, 'I just got a little scared.'

'You know, sometimes I just get scared, things scare me.'

He said, 'Like 'What a Fool Believes,' 'you know, that song by the Doobie Brothers, 'scares the hell outta me, you know?'

And we started having these moments.