“I try to combine my portrait work with my filmmaking — the List films are my portraits come to life,” he says.

Greenfield Sanders uses a large format Deardorff camera and shoots very few exposures — six to eight frames. His goal for The Women’s List portraits was to create 15 distinct portraits that also flow together as a whole.

The portrait sitting and filmed interviews take place in his studio in New York, which is also his home.

“It makes it a warmer atmosphere for the subject,” says the filmmaker. “I think being photographed is a tense situation for anyone. We try to get that person comfortable and willing to trust us to tell her story in a very honest way.”

Greenfield-Sanders admits how difficult it is to select just 15 women for the documentary. The deciding factor, he explains, was that “The women in the film represent more than just themselves, their stories are bigger than they are.” 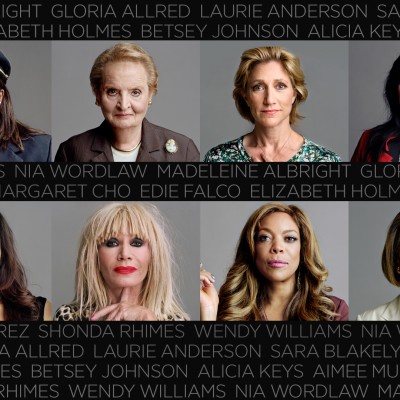