Experience the bittersweet tale of baby ring-tailed lemurs, including an unusual near-albino infant named Sapphire, learning to survive in their treetop homes. 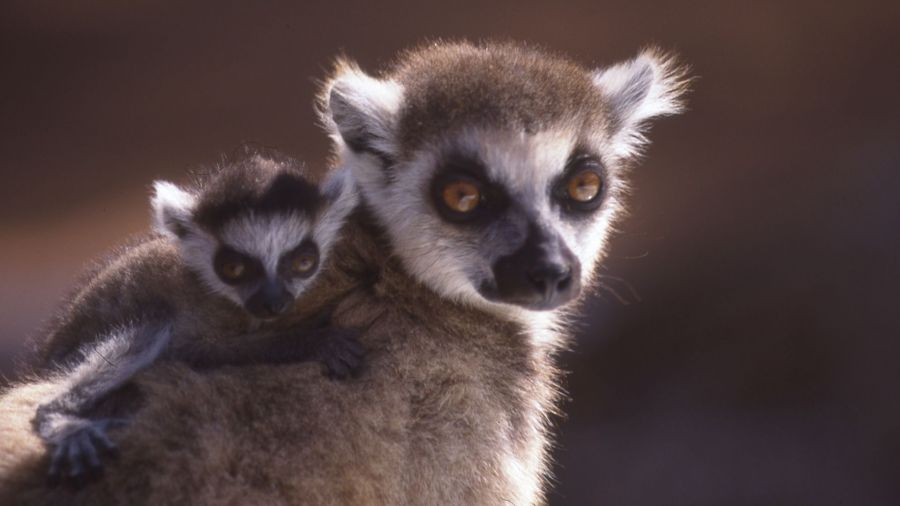 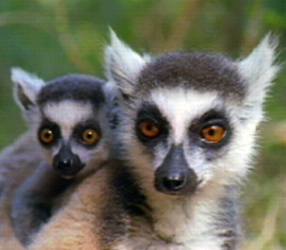 In the late 1500s, adventurers on a Portuguese expedition to the tangled forests of Madagascar, a large island off southeastern Africa, were awakened from their sleep by haunting howls. From the darkness around their flickering campfires, the worried explorers saw shining eyes peering back at them. Lemurs haunted early Portuguese adventurers. Some were convinced they belonged to the spirits of dead companions.

The light of dawn, however, revealed that the howling ghosts were in fact large-eyed, monkey-like creatures. The night’s scare still fresh in their minds, the explorers dubbed the exotic animals “lemurs,” a Roman word meaning “spirits of the dead.”

This NATURE program, A Lemur’s Tale, opens a revealing window into life — and death — in a troop of these rare animals. Using painstakingly-gathered film, A Lemur’s Tale tells the bittersweet tale of baby ring-tailed lemurs, including an unusual near-albino infant named Sapphire, learning to survive in their treetop homes. Some leap exuberantly into adulthood. Others, however, cannot overcome the many dangers that wait in the forest.

Biologists believe Madagascar, a large island off the east coast of Africa, is home to more than 50 kinds of lemurs, which are related to modern monkeys and apes but evolved before them. “The current theory is that the island broke away from the mainland about 60 million years ago, prior to the evolution of modern apes,” says Lee Hannah of Conservation International (CI), an international environmental organization based in Washington, DC, that is working to protect lemur habitats. Though it is not clear if lemur ancestors were on the island when it broke away from the mainland, or if they arrived sometime later, it is believed that they never faced competition from modern apes for food and living space. As a result, says Hannah, “lemurs had a chance to evolve in relatively sheltered isolation, and Madagascar is large enough to allow for a lot of diversity.”

Indeed, Madagascar’s lemurs range from the tiny pygmy mouse lemur, which weighs less than an ounce, to the cat-sized Sifaka — shown in A Lemur’s Tale — which can weigh 15 pounds. Smaller species are generally active at night, while bigger species feel secure enough to feed and romp during the day. Despite their different sizes, however, lemurs have a lot in common. All except the Indri lemur, for instance, have long, furry tails, which help the animals to keep their balance as they leap from tree to tree. Though lemurs can’t use their tails to hang from branches the way some monkeys can, tails can serve other functions. The Ring-tail’s striking appendage, with its 13 light-and-dark bands, is sometimes waved like a flag, helping troop-mates to see each other.

As a lifestyle, most lemurs prefer to stay up high in the canopy, spending their time foraging for leaves, fruit, and insects. An exception is one of the stars of A Lemur’s Tale: the Ring-tail, which is found in the forests of southern Madagascar. It may spend as much as half its time on the ground, sunning, grooming, and playing. Ring-tails are among the world’s best known lemurs because, unlike most of their relatives, they adapt well to captivity. More than a thousand live at almost 150 zoos worldwide. In the U.S., more than 50 can be seen at one facility alone: the Primate Center at Duke University in Durham, NC.

In the wild, however, Ring-tails live in smaller groups, usually with less than 25 members, which roam territories of up to 60 acres. As A Lemur’s Tale shows, females dominate these groups, with the children of higher-ranking mothers inheriting leadership positions. Indeed, females, who can live up to 25 years of age, will stay with their packs for their entire lives. Males, in contrast, move from troop to troop, fighting for the opportunity to mate. A Lemur’s Tale captures one of these dramatic, ritualized combats, in which the males smear their long tails with scent and use them as wispy, smelly swords.

But conflict isn’t all there is to lemur social life. Like monkeys, lemurs spend a lot of time cuddling and grooming. Lemur hands, however, aren’t as dexterous as a monkey’s, so they use their teeth instead: six comb-like teeth that stick straight out from their lower jaws are perfect for grooming.

Unfortunately, sedate lemur grooming sessions are being increasingly interrupted by the harsh realities of the outside world. Madagascar’s people, struggling to survive in one the world’s poorest nations, are clearing lemur forests for farmland and hunting the animals for food. Groups such as CI are trying to blunt the threat by creating protected reserves and working with local communities to improve farming practices. Says CI’s Mohamed Bakarr, who helps manage the group’s scientific and technical assistance programs in Madagascar: “We need to find ways to make existing farmland more productive, so that demand for more pristine forest declines. If you are going to make conservation work, you have to address those issues.”

Additional Web and Print Resources
Behind the Scenes
A Biological Jewel