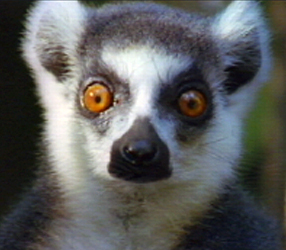 Lemurs are among the world’s rarest animals. But they are not the only unusual creatures found on Madagascar, which biologists call one of Earth’s biological crown jewels. Many of the plants and animals found on the world’s fifth largest island, located 200 miles off the southeastern African coast, are found nowhere else on earth. And scientists are finding new species there every year.

“Biologists have described something like half a dozen new species or varieties of lemurs in the last couple of years alone,” reports Conservation International’s Lee Hannah, who oversees the group’s conservation programs in Africa. One of them, a bamboo-eating lemur, has astounded researchers because it eats huge quantities of the giant grass, which is naturally laced with toxic cyanide. “It eats enough cyanide each day to kill a human several times over, but obviously has adapted to cope with that,” he says.

Mohamed Bakarr, Hannah’s colleague, notes that the bamboo-eating lemur is just one of Madagascar’s “endemic species,” or unique residents. More than 75 percent of the nation’s 836 known mammal, bird, reptile, and amphibian species are exclusively residents of the island. They include the endangered Plowshare tortoise, the world’s rarest, and the recently rediscovered Madagascar Serpent eagle, believed extinct for 60 years. Huge numbers of plants are also unique. The island, for instance, boasts seven kinds of umbrella-like baobob trees; only one type is found in the rest of Africa.

How many of these species will still be on the island in 20 years, however, is an increasingly worrisome question. Since humans first arrived on Madagascar about 2,000 years ago, they have cleared up to 90 percent of the island’s forests for logging or agriculture and grazing land. Along with the trees, at least a dozen species of lemurs have also disappeared, according to researchers at the Duke University Primate Center.

Among the extinct species was the largest lemur species ever known, a giant that weighed as much as 400 pounds and may have stood as tall as a gorilla. Other lost lemurs apparently traveled like South American sloths or Australian koalas, clinging to trees with long claws or hanging upside down from branches.

In an effort to prevent more lemurs from disappearing, Conservation International and other groups are scrambling to set up protected areas that both the Malagasy government and the nation’s 12 million people can rally around. But conservation “is a challenge in a country with such severe economic problems,” Hannah says. “If you come in and say you are interested only in lemurs, people lose interest pretty fast. That’s why we have such a strong emphasis on linking conservation to economic development activities.”

Additional Web and Print Resources
Behind the Scenes
About

The Elephants of Africa
Dolphins: Spy in the Pod | Part 2
The Whale Detective
Sharkland
Equus "Story of the Horse" | Episode 2: Chasing the Wind
The Last Orangutan Eden