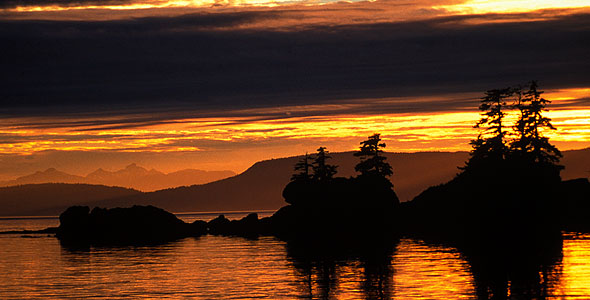 Two decades ago, ecologist Andrew Trites of the University of British Columbia in Vancouver started wondering why populations of northern fur seals, a once economically important marine mammal that lives in the North Pacific, were declining. That work eventually got him involved in trying to solve another major ecological mystery: Why have some populations of Steller’s sea lions declined so dramatically off the coast of Alaska over the last few decades?

Some researchers blame giant trawlers, which scoop up tons of fish, and have supported government moves to ban or limit catches in order to keep food supplies available to sea lions. Others believe that uncontrolled whaling decades ago sparked an ecological domino effect that is just now affecting the sea lions. Still others, including Trites, say many factors may be to blame including climate change, predation by killer whales, and a natural ecosystem shift that altered the nutritional quality of prey consumed by sea lions.

NATURE recently spoke with Trites, whose work is featured in NATURE’s A Mystery in Alaska, about the complexities of Alaska’s offshore ecosystems. For instance, he notes that while sea lion populations in Southeastern Alaska tend be stable or increasing, populations elsewhere have shrunk with few signs of recovery. “You can’t assume the factors that are influencing one region are the same somewhere else,” he says.

Where did you start in your own thinking about this problem?

I and other researchers started comparing different populations of sea lions (some of which are declining, some of which are stable and increasing). We wanted to know what’s different about what they eat and how long it takes them to find food. We’ve also looked at the possible effects of climate change and predation. Eventually, we concluded that no single factor can explain why the numbers have gone down, but there are some underlying factors that tie things together. For instance, the composition of the fish community has changed since the 1960s and ’70s, and is now dominated by pollock and flatfish. These species were there 25 to 50 years ago, but were not as dominant. There were more crabs and fish such as herring and sandlance. So there has been a major shift in the types of fish now available to sea lions.

And you’ve found that some fish are better food for sea lions than others, right?

When we’ve done feeding experiments with trained sea lions, we’ve found that while pollock is now a major part of the sea lion’s diet, it may not be the healthiest thing for them to eat. The fattier fish such as herring that they used to eat more of, had a lot more calories than pollock. So a sea lion has to eat a lot more pollock to get enough energy to do well.

Now, an adult probably can do perfectly well on a pollock diet. But we suspect a young sea lion that needs more energy to grow doesn’t have the stomach capacity to hold all the pollock it needs to meet its daily requirements. So, while sea lions may not be starving to death, some appear to be nutritionally compromised. And that could make them more susceptible to disease, stunt their growth, or make them more vulnerable to killer whales.

Poor nutrition works in very subtle ways. It removes one animal here and there, but you don’t see massive die-offs. That’s what’s been so perplexing about getting a quick answer to why sea lions have declined.

So does that mean areas closed to pollock fishing should be reopened?

Right now, fishing is closed around the [sea lion] rookeries because there was a fear that fishing was behind the sea lion decline. But there was never any data and still isn’t any evidence that links the two. We therefore need to go the next step and re-open fishing in a few areas, but not in others, and then compare what happens. We need to think about this as a carefully controlled experiment and an opportunity to learn once and for all whether fishing has an effect on Steller’s sea lions. Just because sea lions and fisheries target the same species, doesn’t necessarily mean that they compete with each other. It is like two people who breathe the same air in a room. They do not compete with each other unless the room is sealed and their supply of oxygen is limited.

What about the role of killer whales?

From the ecological modeling we’ve done, it appears unlikely that killer whales caused the decline. But sea lion numbers are so low now that predation by killer whales could be preventing them from recovering. The sea lions may be caught in a “predator-pit.”

What have you learned from trying to tackle this mystery?

That things are not always what they first appear to be. That it takes very careful sleuthing to follow a line of evidence and not jump to conclusions without having the facts to support them. Many people jumped to the conclusion that people must be behind the sea lion decline. But research is showing that a suite of changes occurred in the North Pacific over the past 50 years including a shift in ocean climate, a flip in the dominance of key species in the ecosystem, and a corresponding change in sea lion diets and the nutritional value of their prey.

Also, you have to think about your value system when passing judgment over ecological changes. There is a lot of rhetoric about how unhealthy the Bering Sea is because some species that people value have declined. But it appears that the Bering Sea and Gulf of Alaska can exist in more than one state, and that you probably can’t have all of the species there all of the time in high numbers. If your favorite species in the world were pollock or flatfish, you’d be ecstatic right now. Our perceptions of ecosystem health tend to be based on which species we most value, which are a very small subset of the whole ecosystem.

Outback Pelicans
Victims of Venom
Revealing the Leopard
Dogs That Changed the World: The Rise of the Dog
American Buffalo: Spirit of a Nation
The Panda Baby