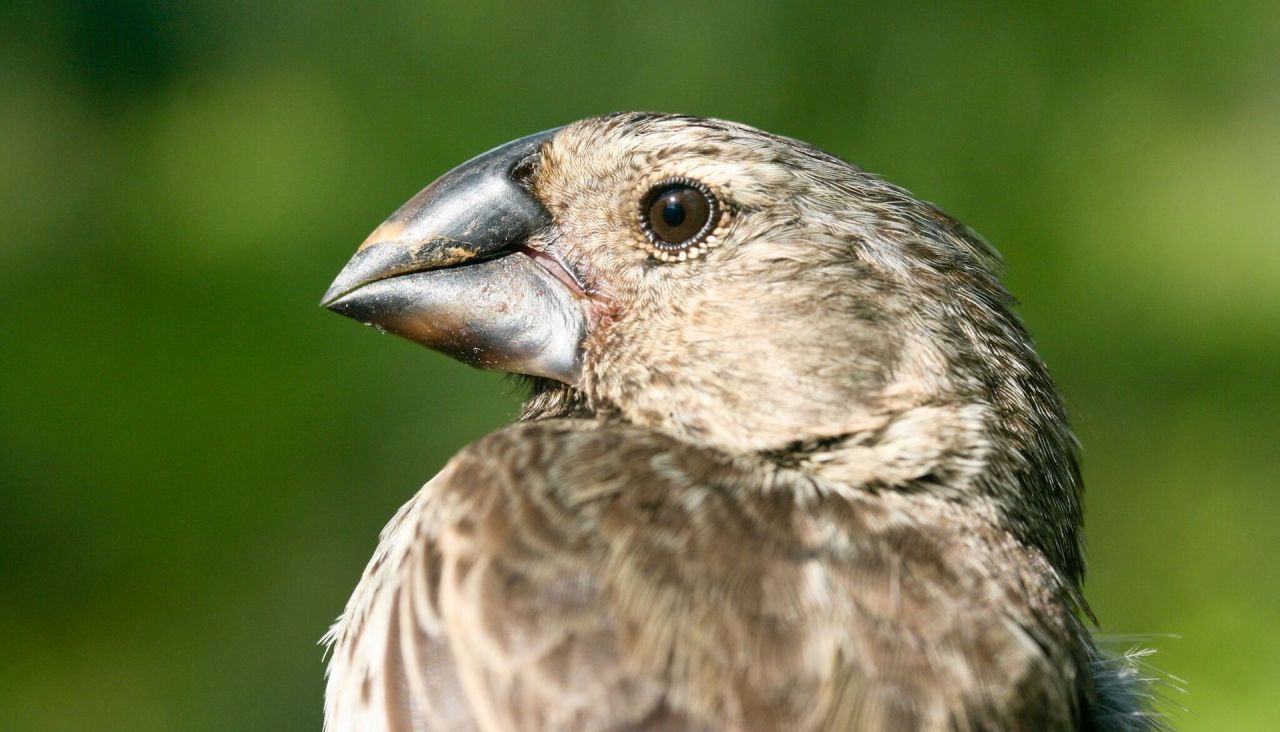 Imagine you’ve just arrived on Santa Cruz Island in the Galapagos. It’s 104°F (40°C), and the trip from the mainland was long — over 560 miles (900km). You could use a cold drink and a good meal. Luckily restaurants abound in the urban center of Puerto Ayora, home to 12,000 residents plus many of the over 200,000 tourists that visit the Galapagos every year. You opt for something greasy and delicious, and you’re just about to take a bite when a small, beady-eyed guest approaches you. It’s a ground finch, and she wants your fries.

It’s not a surprise. Many bird species around the world have developed a fondness for human food. As the population of both tourists and residents have skyrocketed in the Galapagos Islands since the 1960s, there’s been plenty of opportunity for Darwin’s finches to take a liking to table scraps. But unlike other junk-food-loving birds (think ravens or house sparrows) that have been distinct species for long periods of evolutionary time, Darwin’s finches are “still in the initial stages of the formation of their species,” says evolutionary ecologist Luis De León, of the University of Massachusetts, Boston. Some finch species can still interbreed, and produce viable offspring. “What maintains the separation between these species is their specialization on different food types.” Take that away, and there may be serious evolutionary consequences. 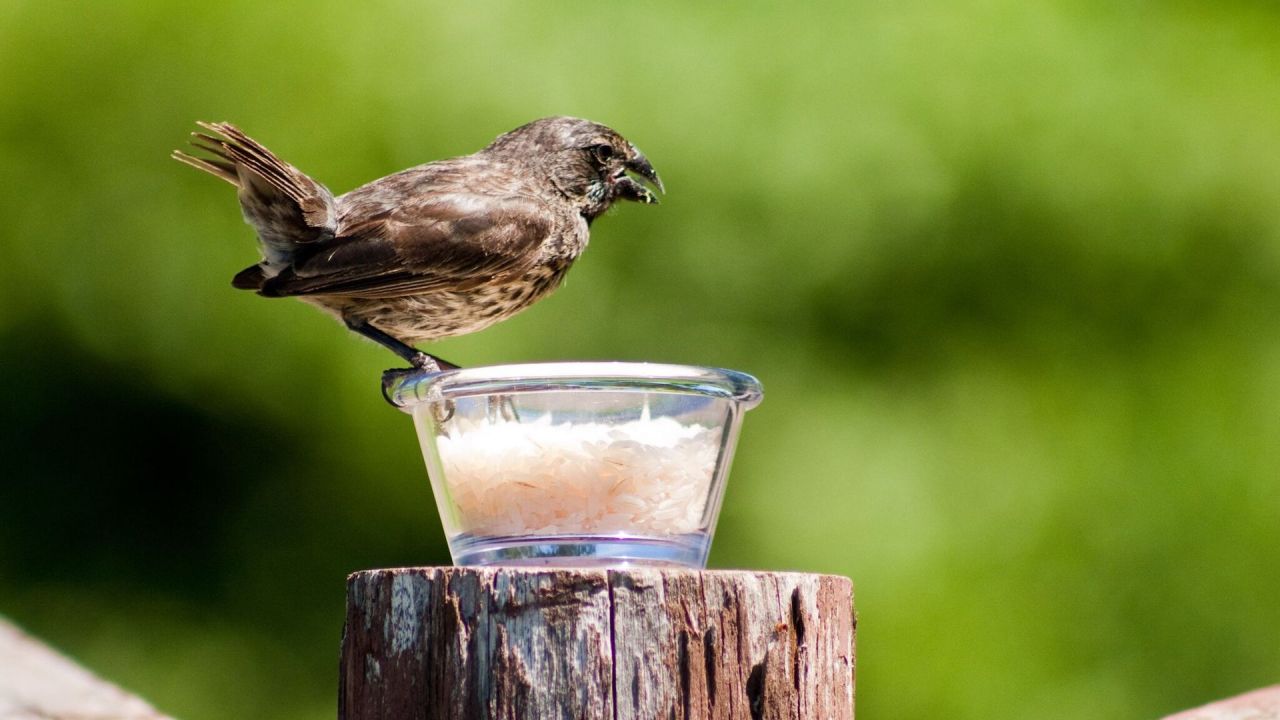 De León is studying small, medium and large ground finches that eat small/soft, medium, and large/hard seeds respectively, with beaks that are adapted to do the job. Given the role food has played in the formation these species, he wanted to better understand how the increasing availability of human food might be affecting those processes. To find out, in what he calls “cafeteria experiments,” he and his research team prepared a selection of foods in egg-carton trays that included natural seeds types, along with the option of rice, potato chips and cookies. The trays were left out for the finches at sites with different degrees of influence. The most urbanized was in Puerto Ayora, while the site with the least amount of human influence was located over seven miles (12 km) away. 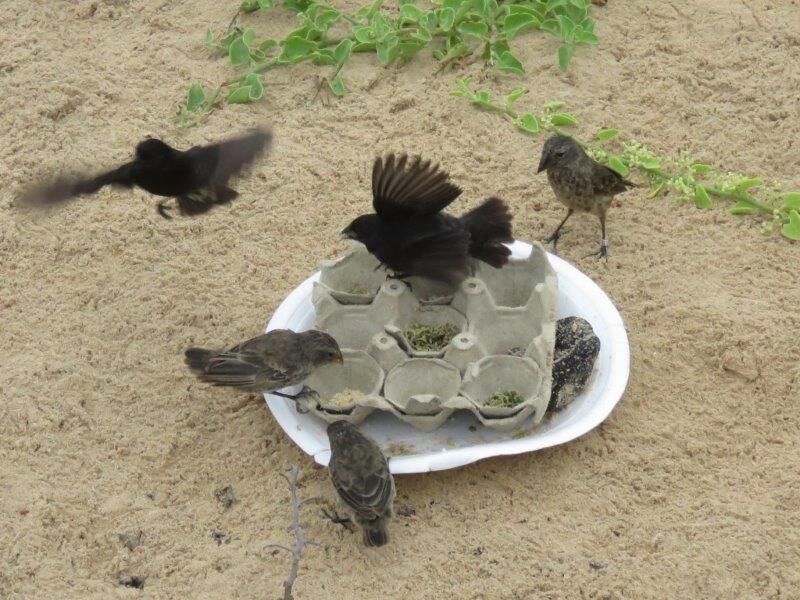 They found that while the finches at the most pristine site completely ignored the food trays, the Puerto Ayora finches consumed human food in the trays 100% of the time. And equally important, says De León, is that the finch species in Puerto Ayora consumed the same human foods. “There was a 100% overlap in their diet,” he says. If the boundary between finch species is no longer maintained by the food they eat, De León says it’s possible the ground finches could collapse back into one species.

Evolutionary ecologist J. Albert Uy at the University of Miami studies how biological diversity is generated and maintained, and explains how this might happen. “Right now, the finches choose not to interbreed, and instead typically choose mates that look like them.” For example, large birds with large beaks choose others of the same. However, he explains, if the finches are all eating the same junk food, then the evolutionary pressure to maintain their physical differences —like the size and shape of their beaks — is relaxed, so they start to look more like each other. “Then they start interbreeding, and the species boundaries are lost.” 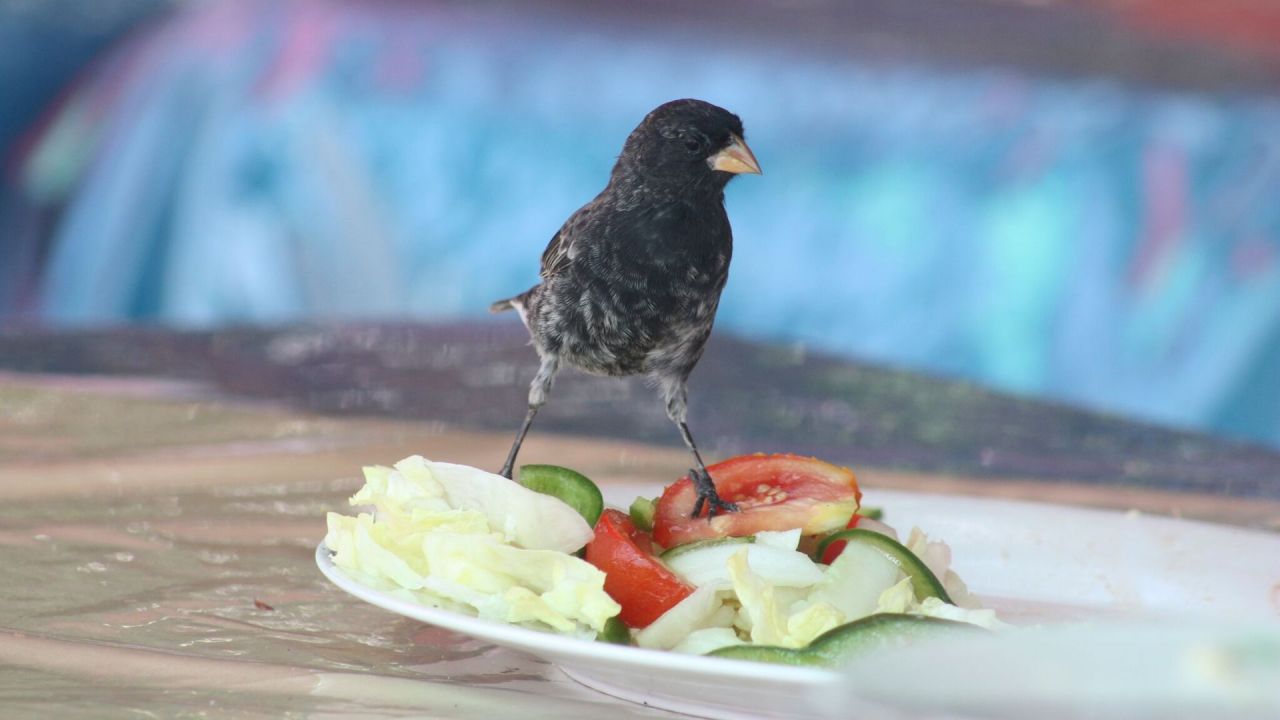 It’s a troubling turn for Darwin’s finches—birds that have historically served as textbook examples of how natural selection operates in the wild to create new species. “Now what we’re seeing before our very eyes — within the span of decades — is what many would argue [to be] the collapse of unique species because of what humans are doing,” says Uy.

De León hopes the study draws attention to these kinds of human impacts on wildlife that are often less visible in conservation planning. “When we think about preserving biodiversity, we think about protecting species like mountain gorillas, or jaguars. But what we show with this research is that we also need to look at protecting the processes that lead to the formation of the species that make up that diversity.”